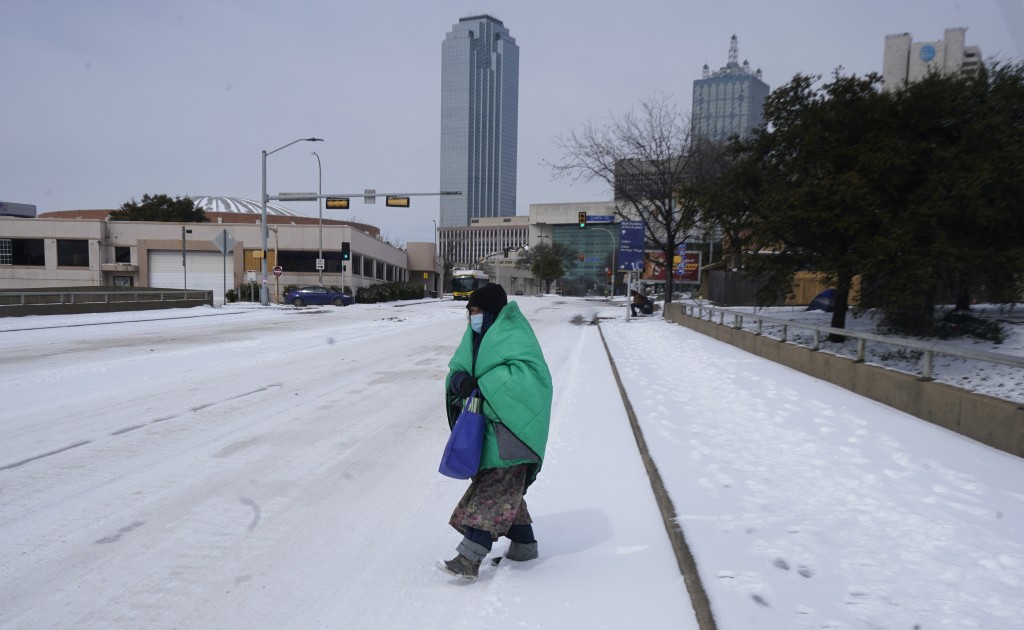 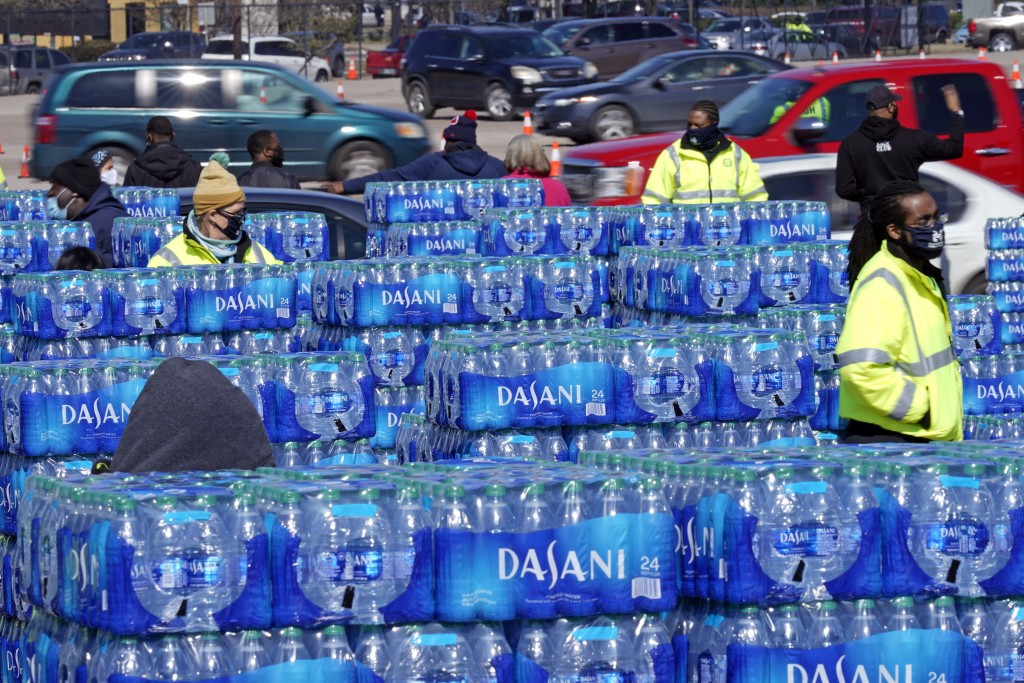 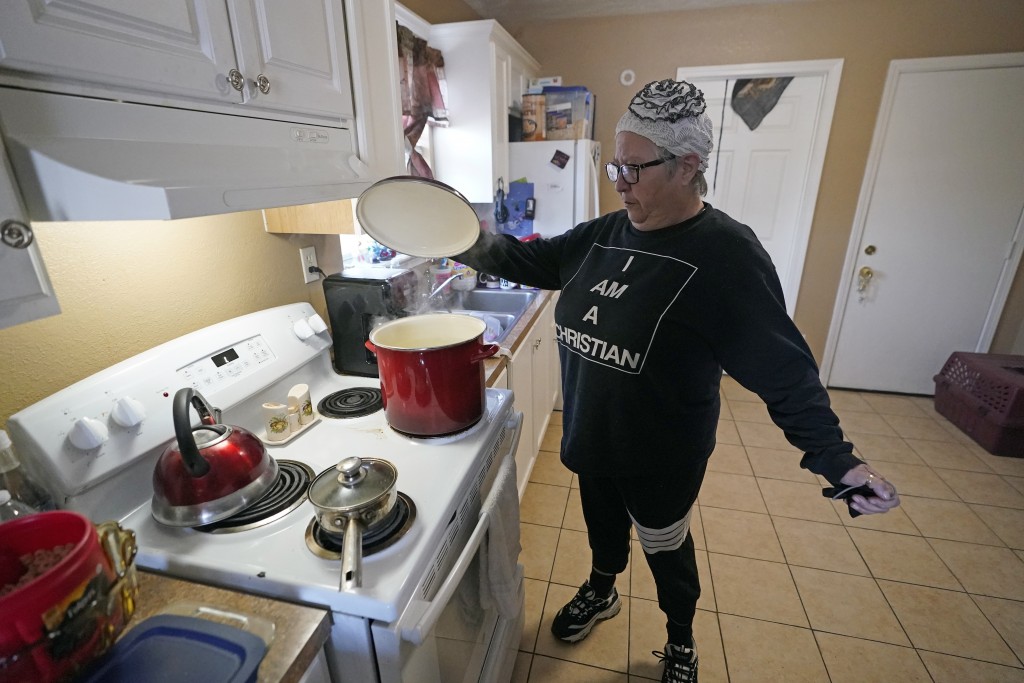 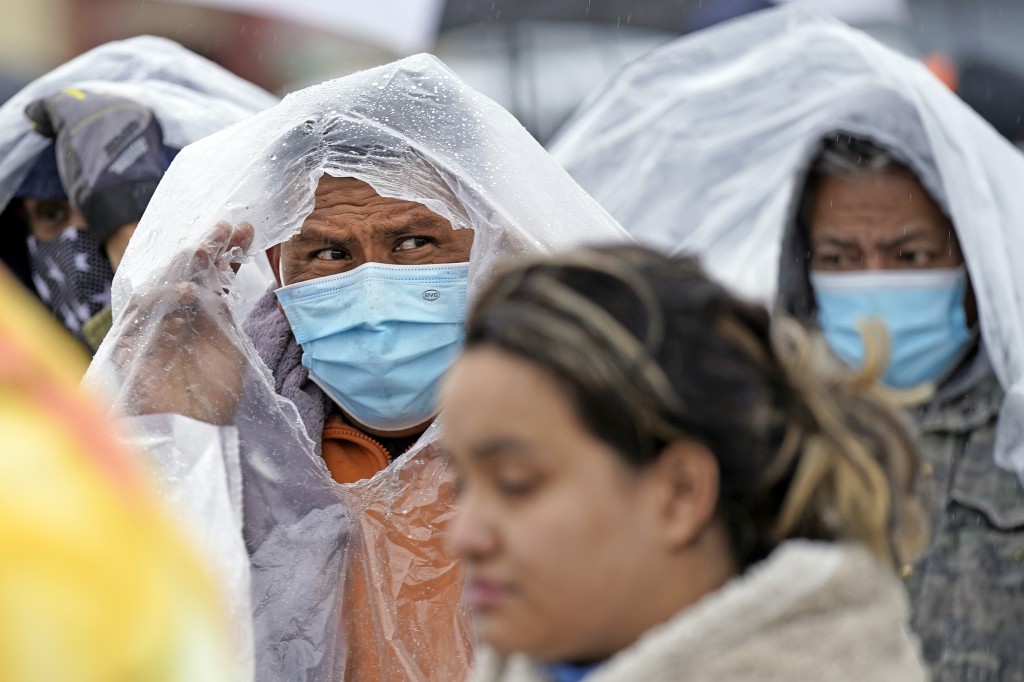 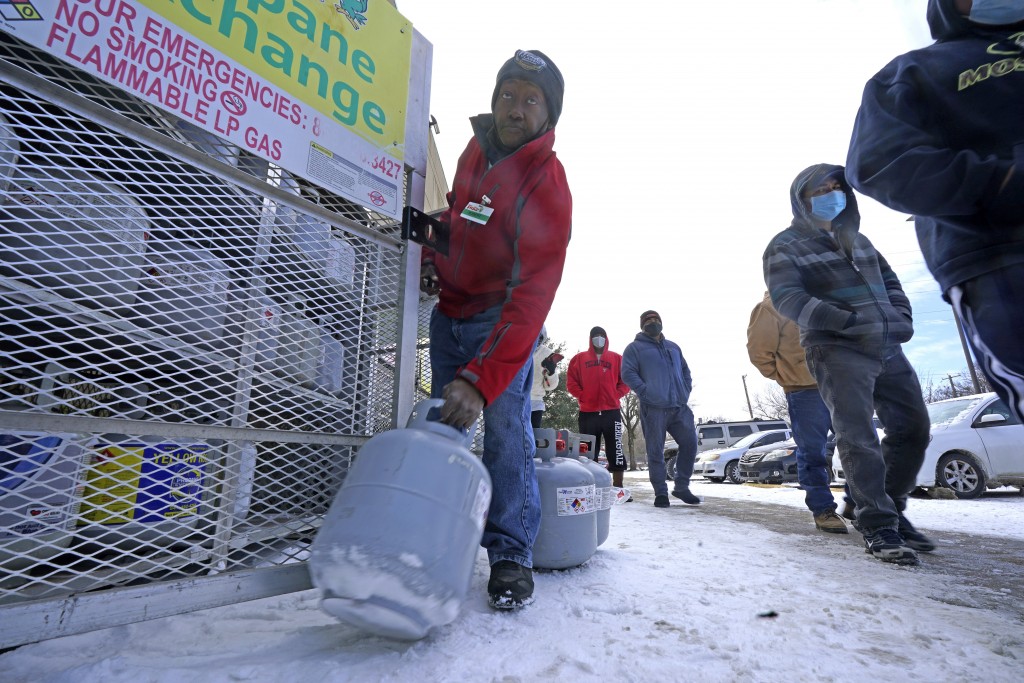 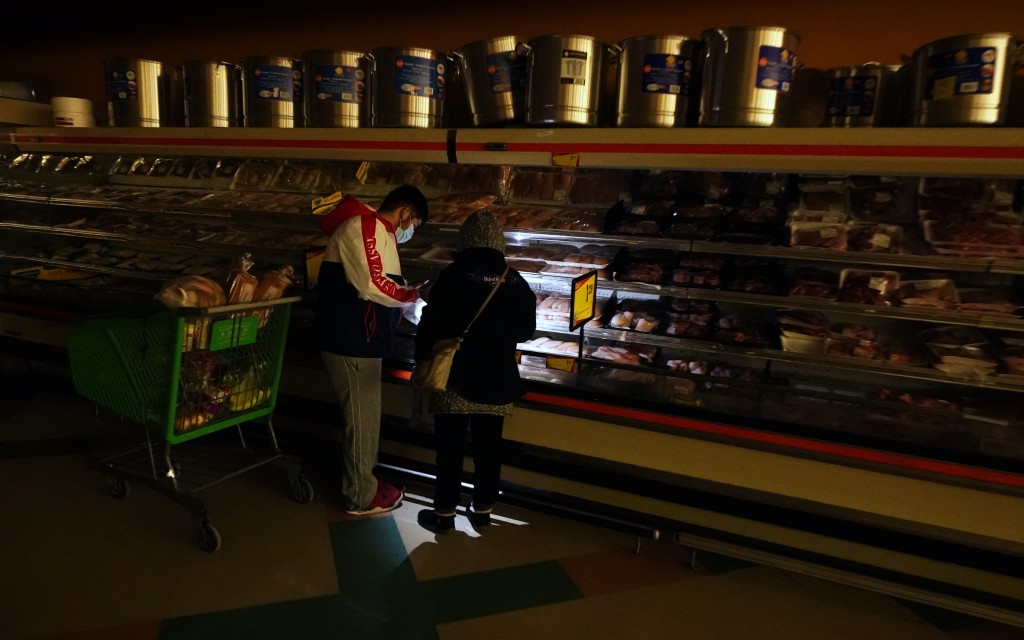 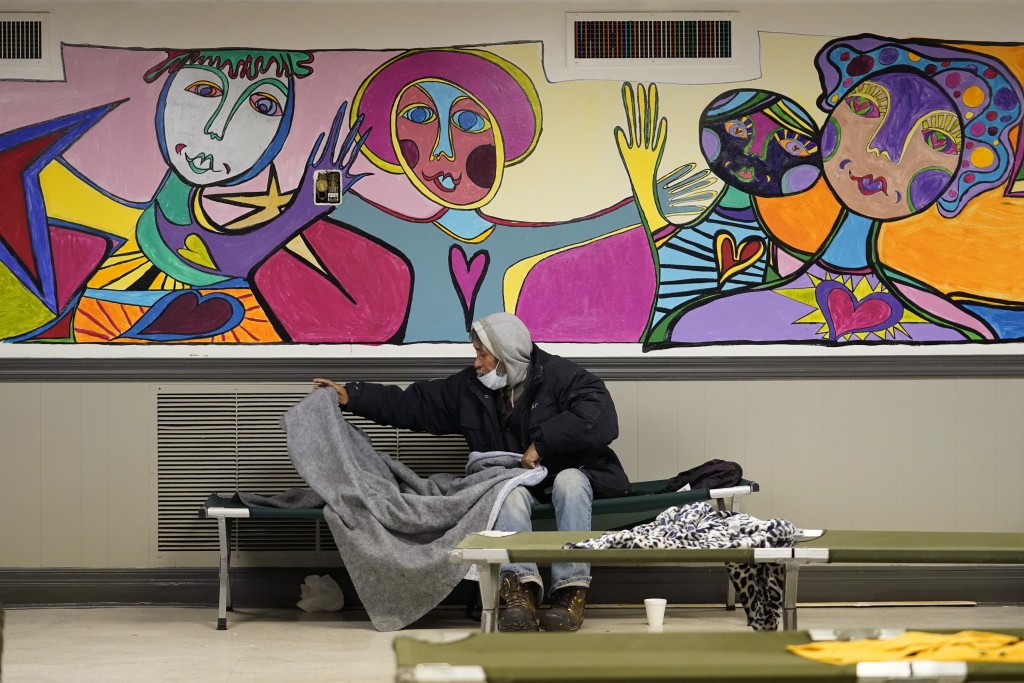 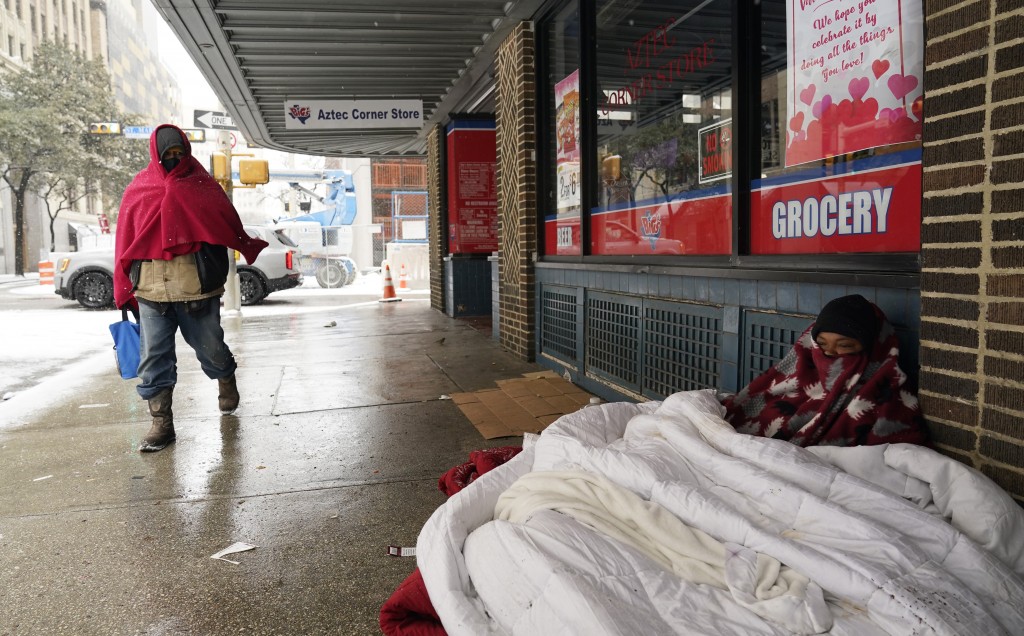 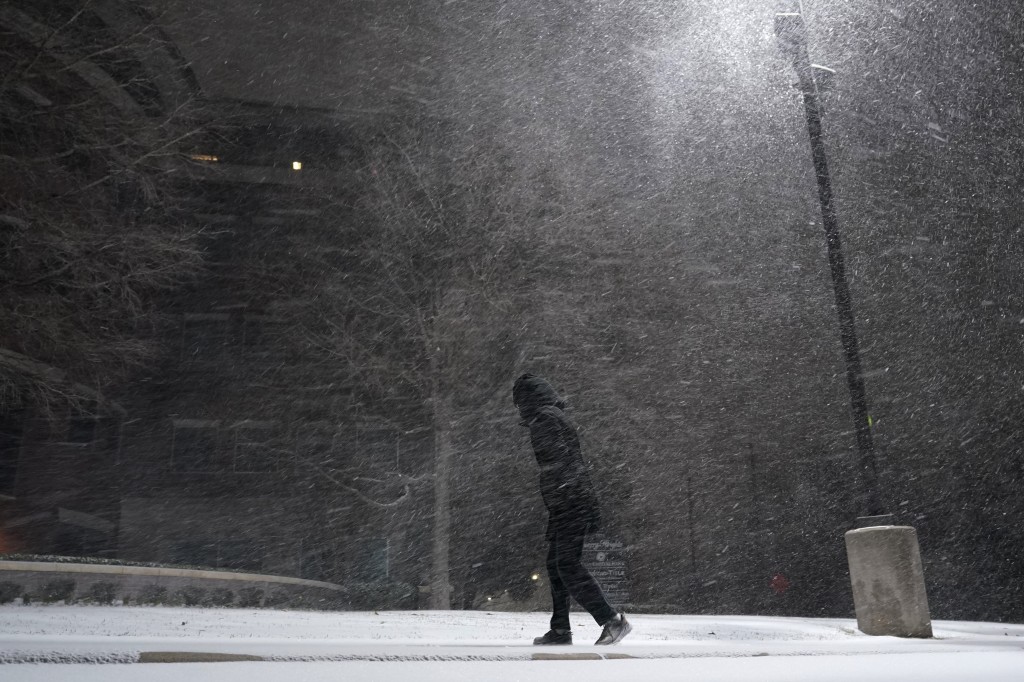 Two days before the storm began, Houston’s chief elected official warned her constituents to prepare as they would for a major hurricane. Many took heed: Texans who could stocked up on food and water, while nonprofits and government agencies set out to help those who couldn’t.

But few foresaw the fiasco that was to come. They could not be prepared.

As temperatures plunged and snow and ice whipped the state, much of Texas’ power grid collapsed, followed by its water systems. Tens of millions huddled in frigid homes that slowly grew colder or fled for safety. And a prideful state, long suspicious of regulation and outside help, was left to seek aid from other states and humanitarian groups as many of its 29 million people grasped for survival.

Images of desperate Texans circulated worldwide. To some, they evoked comparisons to a less wealthy or self-regarding place. To others, they laid bare problems that have long festered.

A week after she warned her county’s nearly 5 million residents about the impending storm, Harris County Judge Lina Hidalgo was sleeping on an air mattress at the county’s emergency operations center. Her home had been without power for three nights.

“It’s worth asking the question: Who set up this system and who perpetuated it knowing that the right regulation was not in place?” Hidalgo said.

Around 2 a.m. Monday, the full measure of the crisis Texas faced began to be apparent.

Cold and ice had set in the day before, leading to spreading power outages across the state. But standing in the emergency operations center early Monday, Hidalgo and others learned that their local energy provider, CenterPoint Energy, would not be able to “roll” outages between homes as they had been told earlier.

Instead of short intervals of heat, enough to keep their homes safe, residents would have to go without for days on end.

People who fled to the homes of relatives or neighbors had to consider the risks of contracting or spreading coronavirus.

Ashley Archer and her husband decided to take in his best friend at their suburban Dallas home. She is pregnant and has been trying to protect herself from the virus for nearly a year.

The friend is “like family,” she said. “We weren’t going to let him freeze at his place.”

Things got worse Tuesday. Thousands of people sought refuge from their freezing homes in warming shelters. Others sat in their cars; dozens were hospitalized for carbon monoxide poisoning. A woman and her daughter died after running their car inside a garage.

At her Dallas condominium, 51-year-old Stephanie Murdoch layered in blankets, two pairs of pants, two sweaters, three pairs of socks, a hat, and gloves. Her anger grew at the power companies and their apparent lack of preparation.

“We’ve got another blast of snow coming in this evening ... and still no clear answers as to why the grids aren’t working better,” she said.

By Wednesday, some started to get their power back, but a new shortage emerged -- drinkable water.

Frozen pipes burst across the state. And the water that did come out of taps was often undrinkable due to dangerously low water pressure levels. At one point, an estimated 13 million people were under a boil-water order, nearly half of Texas’ population.

More than 35 people in Texas have been confirmed dead. That number was expected to rise as roads cleared and relatives and first responders could check on missing loved ones.

Mark Henry, Galveston County’s judge, asked the state early in the week to send a refrigerated truck requested by the local medical examiner, who expected an influx of bodies.

“If they had been honest with us from the beginning, we would have ordered evacuations. But they didn’t tell us that,” he said.

The disaster can be traced to mistakes by Texas’ leadership and faults created by decades of opposition to more regulations and preparation.

Basically, the state is an island in the U.S. electrical system.

There is one large grid covering the Eastern half of the country, another for the West, with Texas wedged between them. There is a long and colorful history to how this came to be, but the simplest explanation is that Texas utilities wanted to be free of federal regulation. They accomplished that, going back to the middle of the last century, by avoiding sending power across state lines.

The Texas grid isn’t walled off, but there are only a few, small interconnection points with the Eastern U.S. grid and Mexico. In the past, utility executives have argued that the Texas grid would be less reliable and more vulnerable to blackouts if it were fully connected to the rest of the country – which would make it easier for other states to tap Texas during their own shortages.

The Electric Reliability Council of Texas, or ERCOT, was created in 1970; it became a more powerful broker over electricity flows after deregulation in this century. In the wake of the storm, it has taken most of the blame from Texas politicians and the public.

Despite efforts by some Republicans to blame clean energy, the failures occurred in every part of the sector. While wind turbines and solar panels froze, a major nuclear plant lost half of its generation, and there were massive failures in coal, oil, and natural gas. Demand surged, meanwhile, as people accustomed to mild Texas winters turned on their heat.

In 2011, millions of Texans lost power during the Super Bowl, which was played in a Dallas suburb. Two agencies, the Federal Energy Regulatory Commission and the North American Electric Reliability Corporation, conducted a study on how Texas could “winterize” its energy infrastructure. At the highest end, winterizing 50,000 gas wells would cost an estimated $1.75 billion, the study found.

Of the 2011 storm, the report said generators and natural gas producers said they had “winterization procedures in place. However, the poor performance of many of these generating units and wells suggests that these procedures were either inadequate or were not adequately followed.”

But there was no broad move to winterize equipment. Since then, bills requiring energy producers to hold more power in reserve or ordering a study of how to better prepare for winter failed in the Republican-controlled Texas House.

Texas lawmakers deregulated the energy market in 2002. Supporters say this lowered energy prices statewide, but critics say it gave producers leeway to avoid improvements that might have prevented events like this week’s catastrophe.

Republican Gov. Greg Abbott has promised multiple investigations of this storm and made ERCOT an “emergency” item for the legislature, which is currently in its biennial session.

“I think there is going to have to be a serious inquiry into why it was, what were the factors that led the grid not to be able to meet the energy needs of Texas,” said Republican U.S. Sen. Ted Cruz.

Cruz spoke Thursday evening in the yard of his home in Houston’s wealthiest neighborhood, River Oaks. He had cut short a trip to Cancun, Mexico, after images circulated of him waiting at a Houston airport for his flight to the resort town.

At week’s end, as the cold weather began to loosen its grip, the power grid came back online for most Texans. But burst pipes had flooded thousands of homes. Earlier in the week, Abbott had asked plumbers from other states to come to Texas and help.

But fixing pipes is one thing. Fixing a whole state is another.