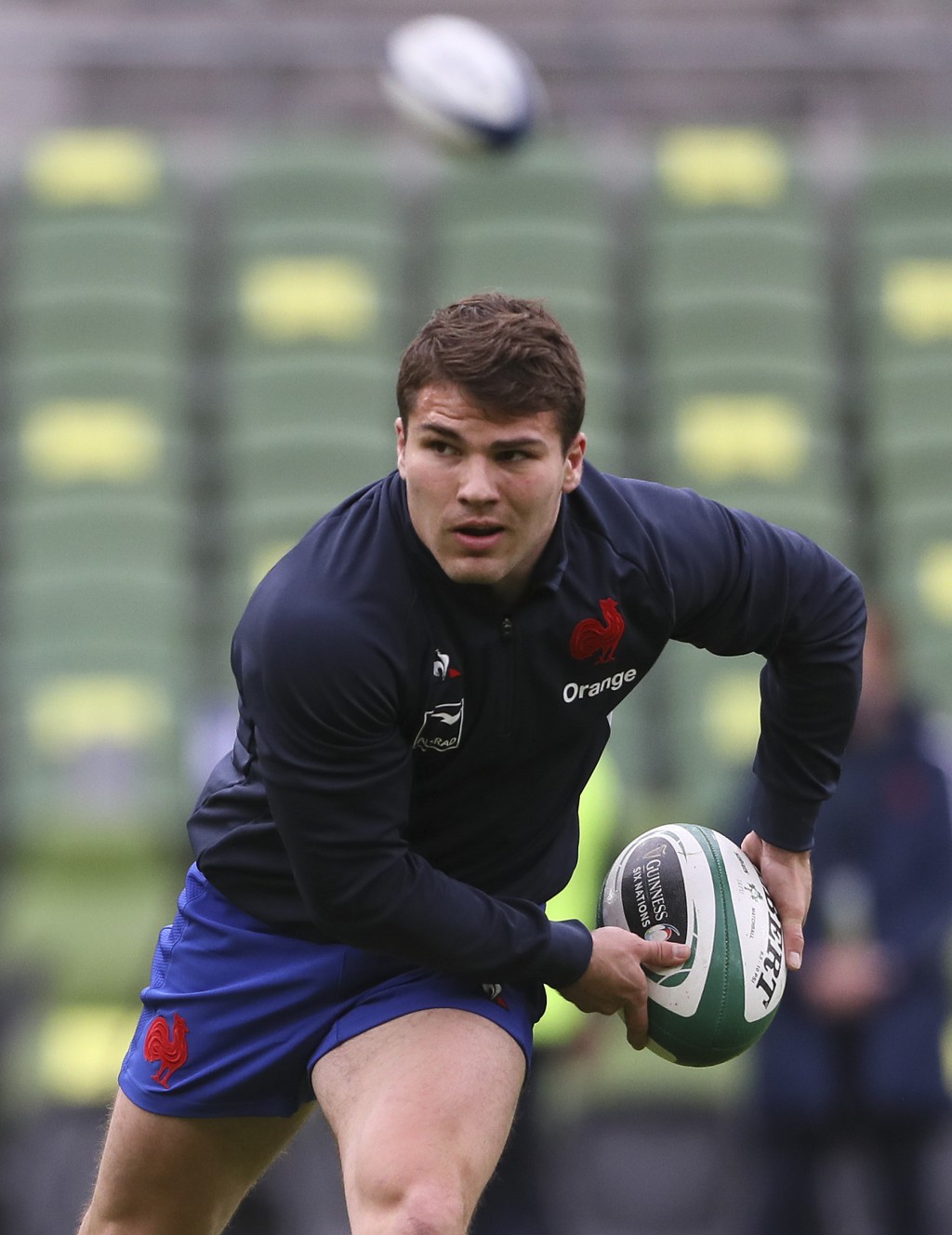 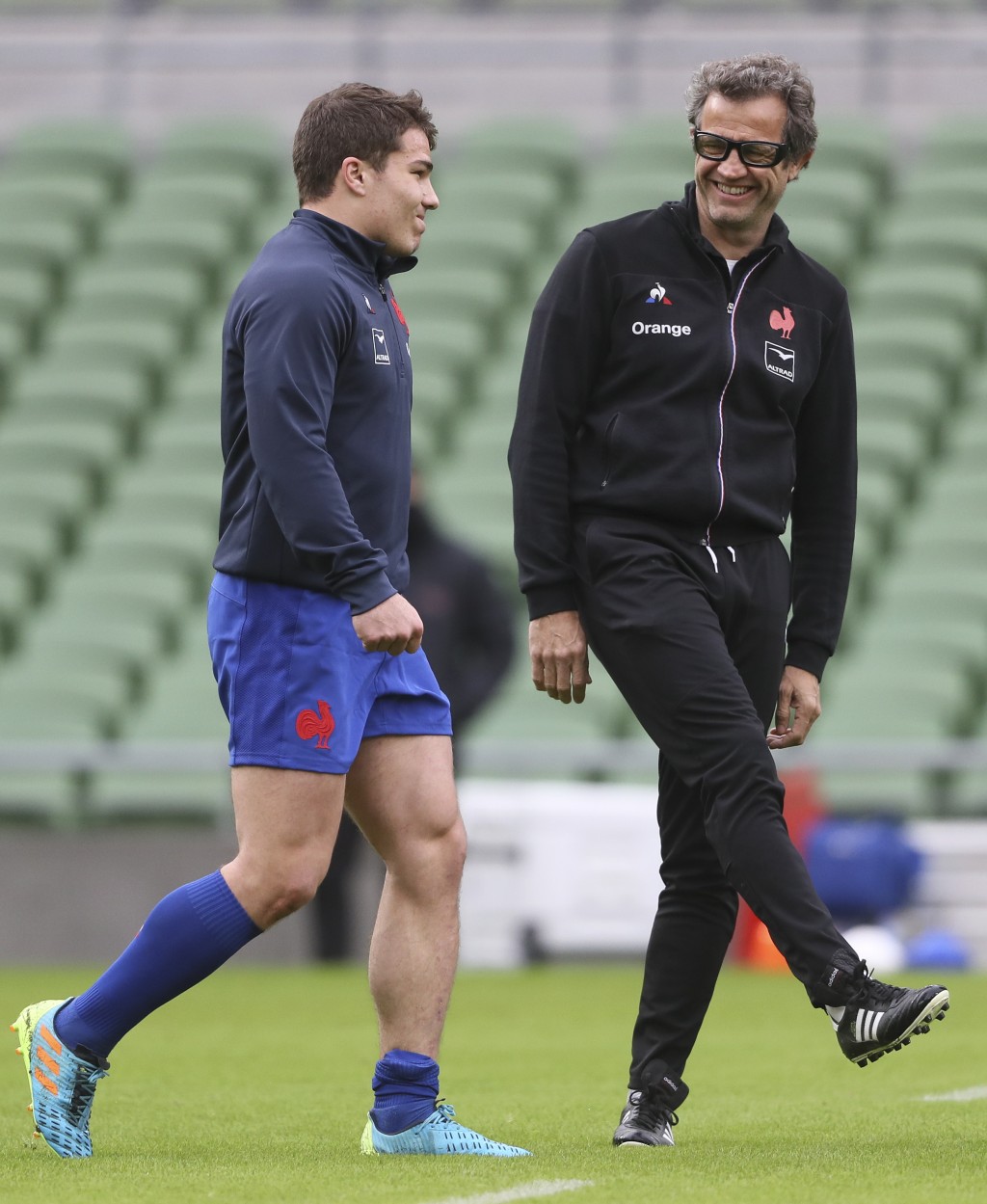 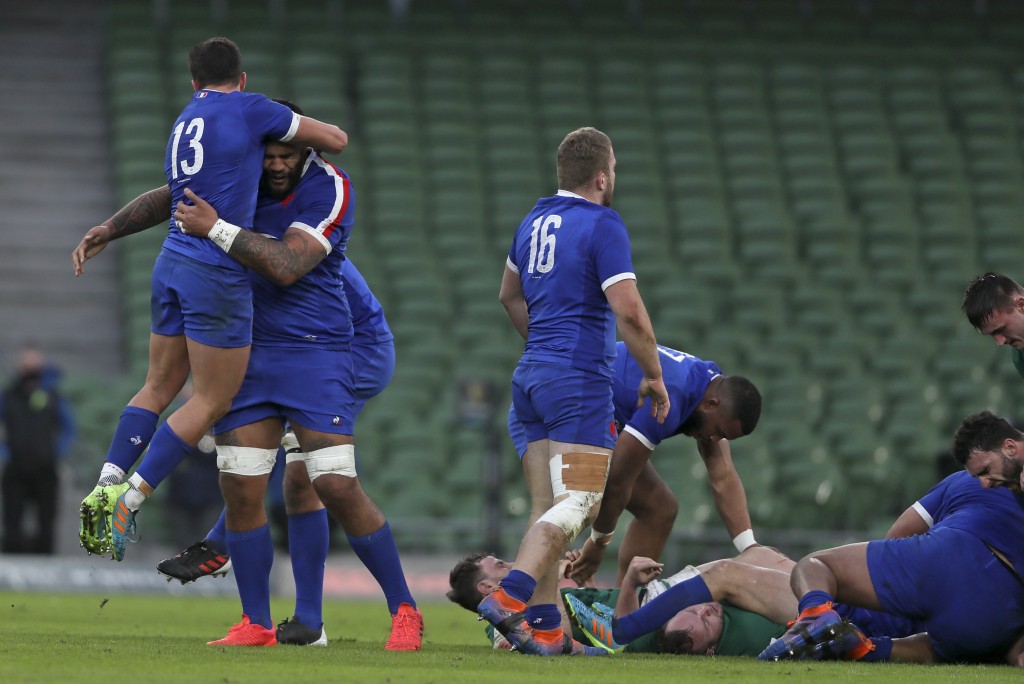 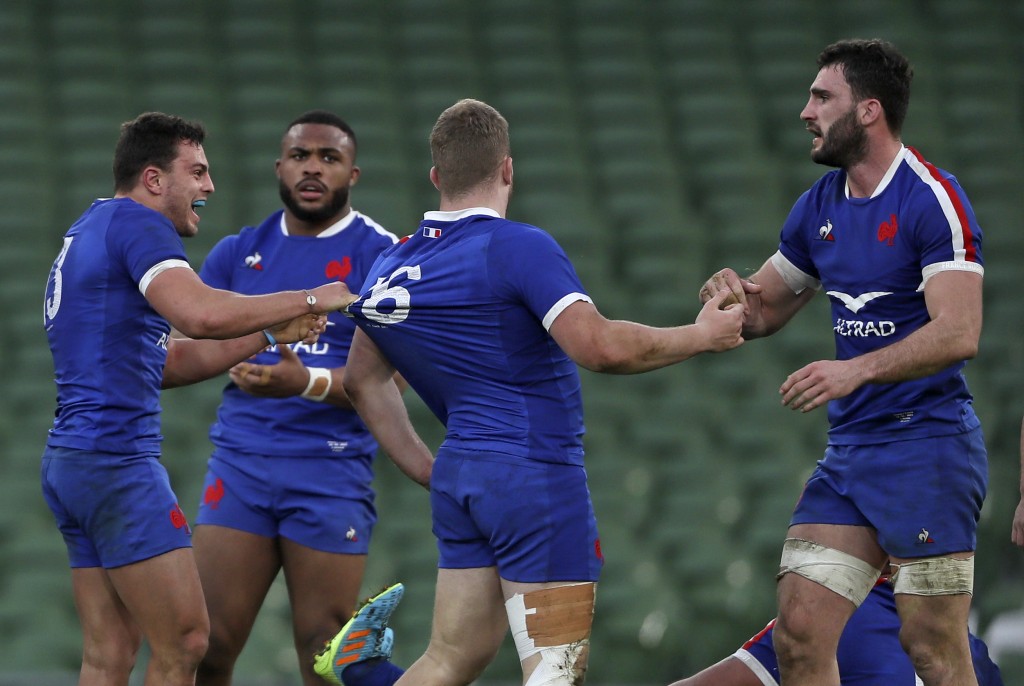 PARIS (AP) — Star scrumhalf Antoine Dupont and four other first-team players who tested positive for COVID-19 are out of France's squad for next Sunday's Six Nations match against Scotland.

All five players started last Sunday’s 15-13 win at Ireland in Dublin and have to observe a minimum period of seven days in isolation. Coach Fabien Galthie also tested positive after that game.

Two other squad players, lock Swann Rebbadj and prop Jean-Baptiste Gros, were left out after being considered to have been in contact with two teammates from club side Toulon who tested positive.

France was runner-up to England last year and looks for a third straight win of this campaign when it hosts Scotland at Stade de France.

Les Tricolores opened with a resounding 50-10 win in Italy with Dupont among the try scorers in Rome. He was voted the tournament's best player last year.

Scotland secured an impressive 11-6 win away to England and then was edged out 25-24 at home to Wales, despite leading 17-8 at the break.