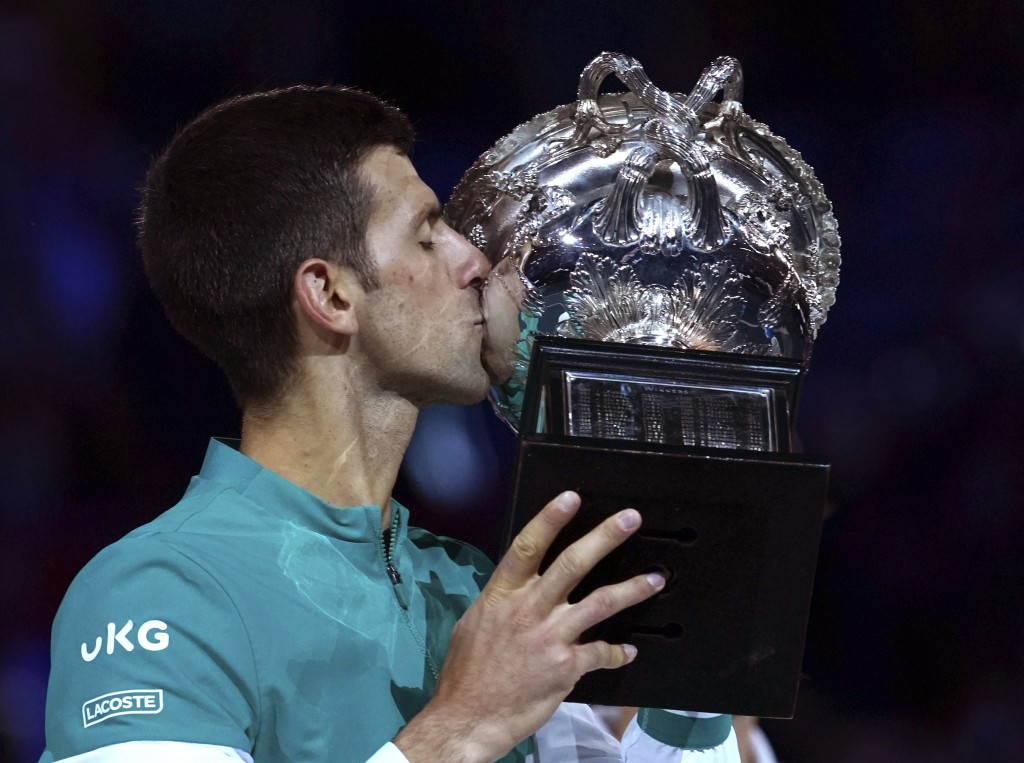 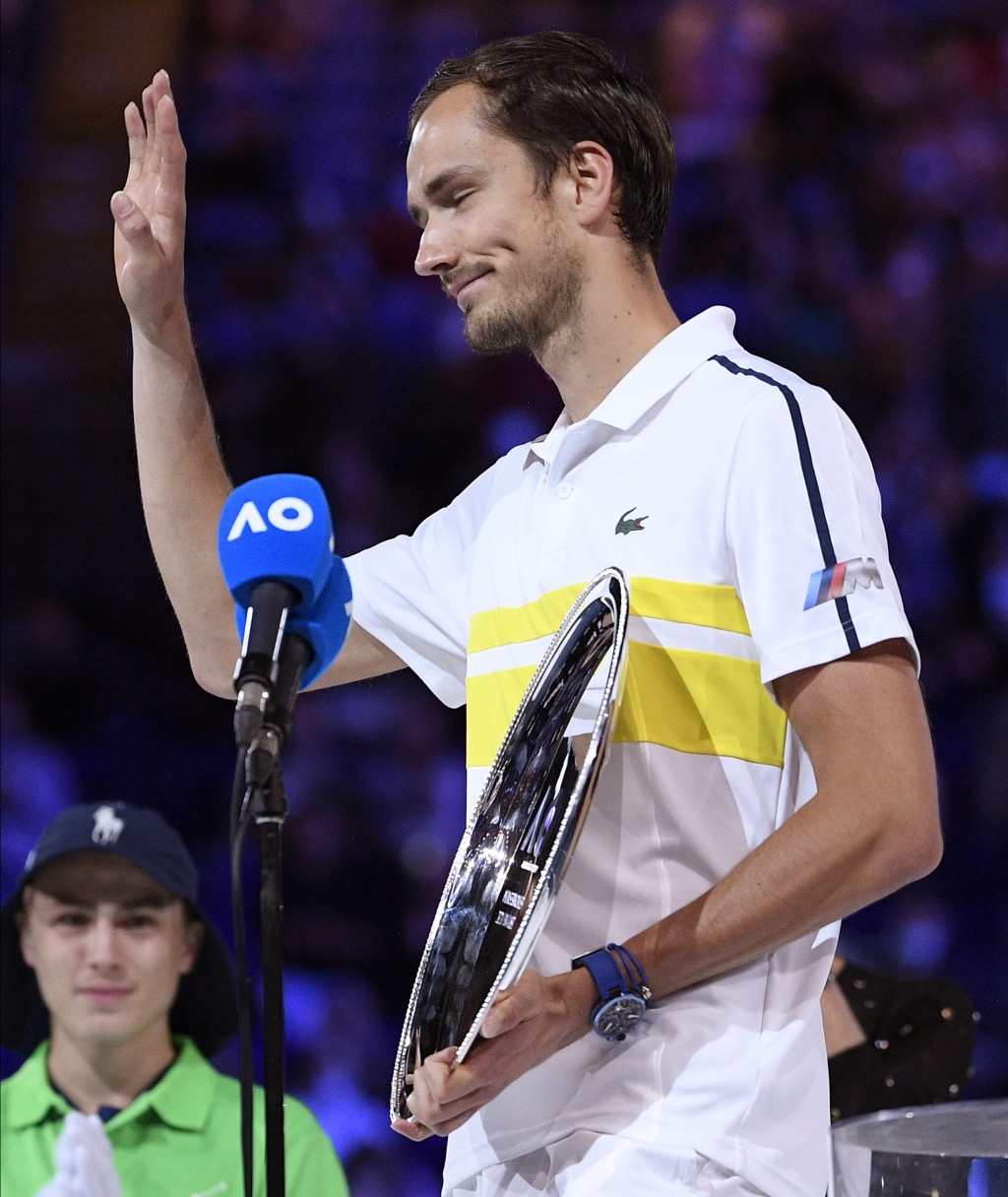 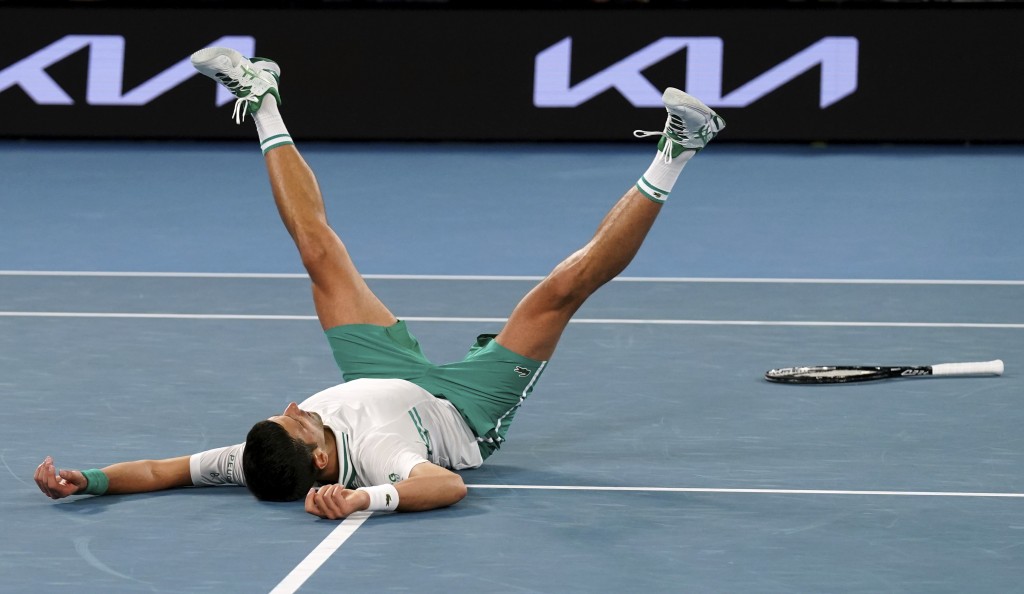 MELBOURNE, Australia (AP) — A quick look at the last day of the 2021 Australian Open:

Novak Djokovic won his ninth Australian Open championship and 18th Grand Slam title overall with a 7-5, 6-2, 6-2 win over No. 4 Daniil Medvedev in the men’s final at Rod Laver Arena on Sunday. The No. 1-ranked Djokovic improved to 9-0 in finals at Melbourne Park and closed the gap on rivals Roger Federer and Rafael Nadal for most Slam trophies won by a man. They each have 20. Medvedev took a 20-match winning streak into the final and had won his previous dozen matches against Top 10 players but he was no match for the man who has never lost a semifinal or final at the Australian Open. Djokovic became the second man in history to win at least nine titles at one Grand Slam event; Nadal has won 13 at Roland Garros. This is also the second time Djokovic has won three consecutive Australian Open titles; he also did it from 2011-13. Naomi Osaka won the women's final 6-4, 6-3 over Jennifer Brady on Saturday to collect her second Australian Open championship and fourth Grand Slam title overall. She is 4-0 in major finals.

STAT OF THE DAY

18-0 — Djokovic's combined record in semifinals and finals at Melbourne Park.

“I’d like to thank Rod Laver Arena. I love you each year, more and more. It has been a love affair that keeps growing.” — Djokovic.