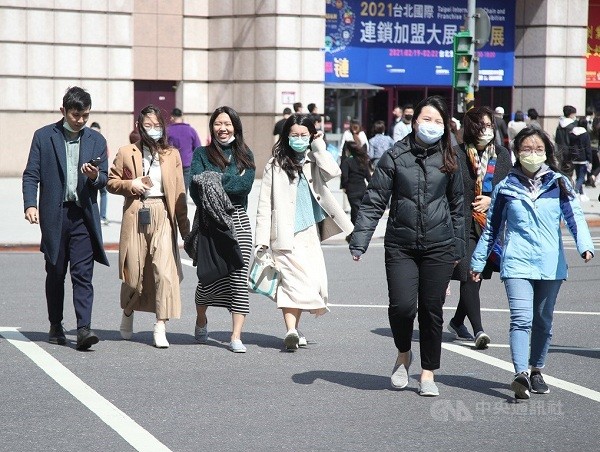 TAIPEI (Taiwan News) — Meteorologist Daniel Wu (吳德榮) said that the weather for today (Feb. 21) and tomorrow will continue to be sunny and stable, with temperatures continuing to rise.

Even though daytime temperatures are expected to be warm, evening and early morning temperatures will be low due to night-time radiative cooling, causing a diurnal variation of up to 15 degrees Celsius, CNA reported.

According to the Central Weather Bureau, 7.4 degrees in Emei Township, Hsinchu County, was the lowest temperature recorded in Taiwan before 7:00 a.m. today.

The meteorologist forecast that weak northeasterly winds will move south on Tuesday, slightly affecting weather in Taiwan. Clouds will marginally increase in areas facing the winds, and there will be a chance of isolated drizzles for the north coast, mountainous northern areas, and the eastern side of the country.

The northeasterly winds will shift to easterly winds on Wednesday and Thursday (Feb. 24-25), when scattered showers are expected for the eastern portion of the country and partly sunny weather for the west, Wu said.

Around Friday night, another low-intensity wave of northeasterly winds will arrive, increasing cloud cover and bringing sporadic rains to areas facing the winds, the meteorologist said. He added that further observation is needed to more precisely predict the time of the winds' arrival and the scope of their effects.