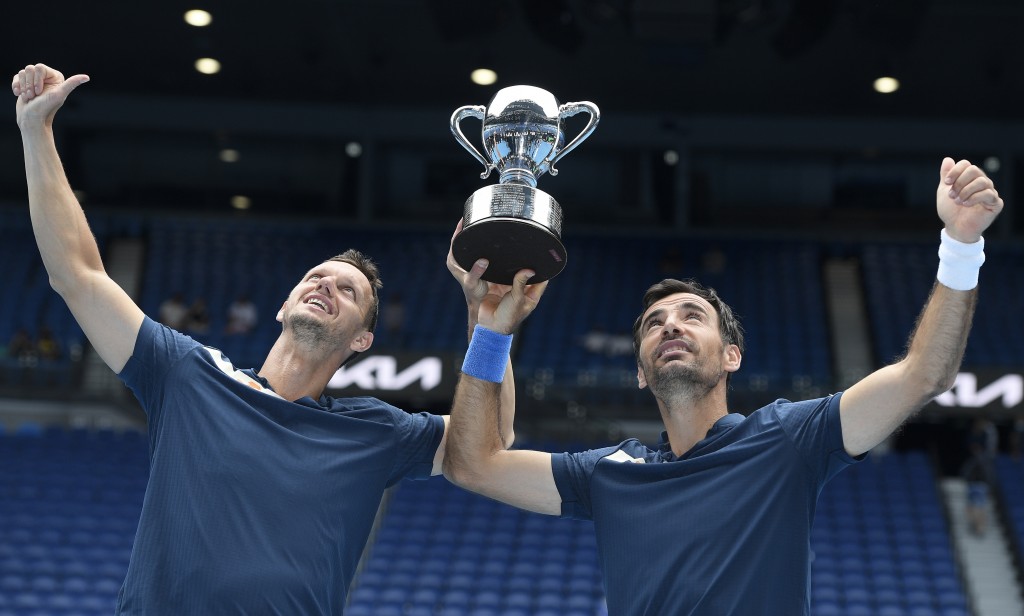 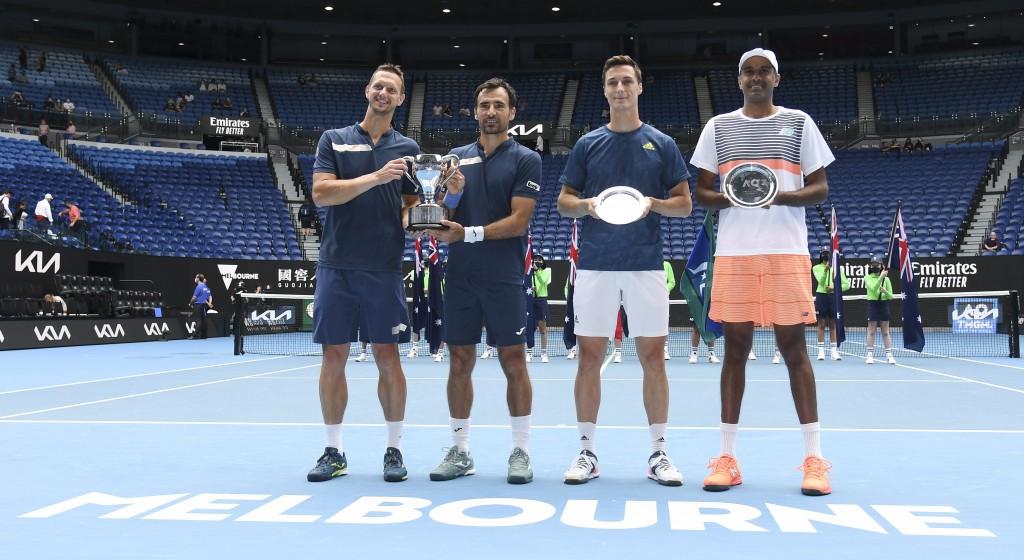 MELBOURNE, Australia (AP) — The Latest on Day 14 of the Australian Open tennis tournament (all times local):

Filip Polasek and Ivan Dodig have won the men’s doubles title at the Australian Open with a 6-3, 6-4 win over 2020 champions Rajeev Ram and Joe Salisbury.

Ram, a 36-year-old American who spent two weeks in hard quarantine after arriving in Australia last month, was attempting a double at Melbourne Park after winning the mixed doubles title with Barbora Krejcikova on Saturday night.

The 35-year-old Polasek dedicated the victory to his newly-born baby daughter.

Ram saved a championship point while serving in the ninth game and held, but Polasek sealed the title in the next game.

Novak Djokovic is bidding for a ninth Australian Open singles title in the final later Sunday against fourth-seeded Daniil Medvedev.