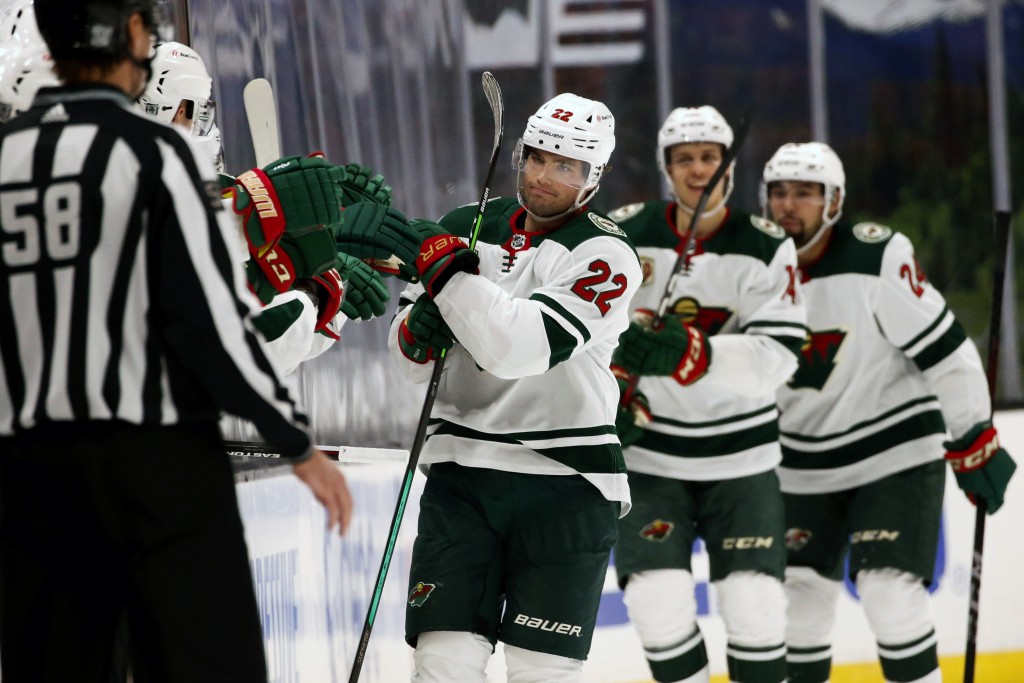 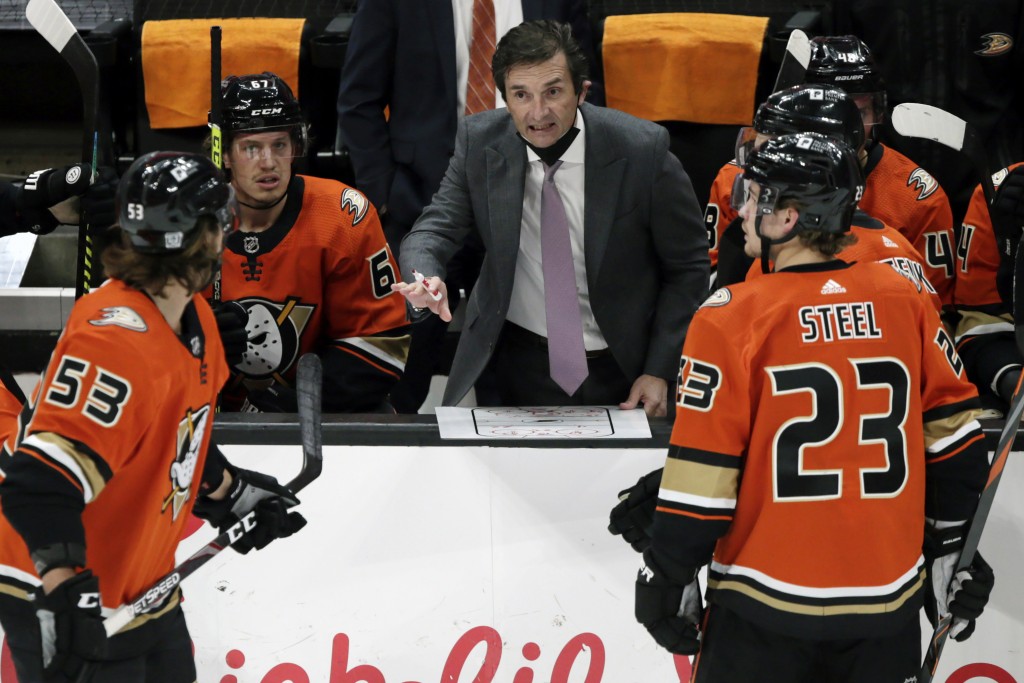 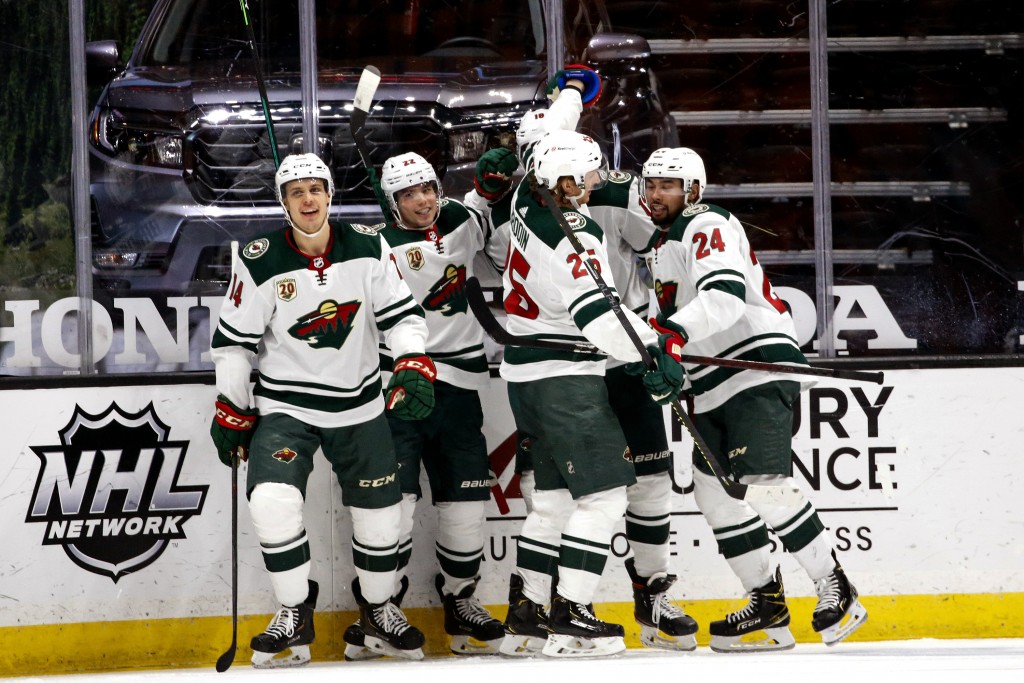 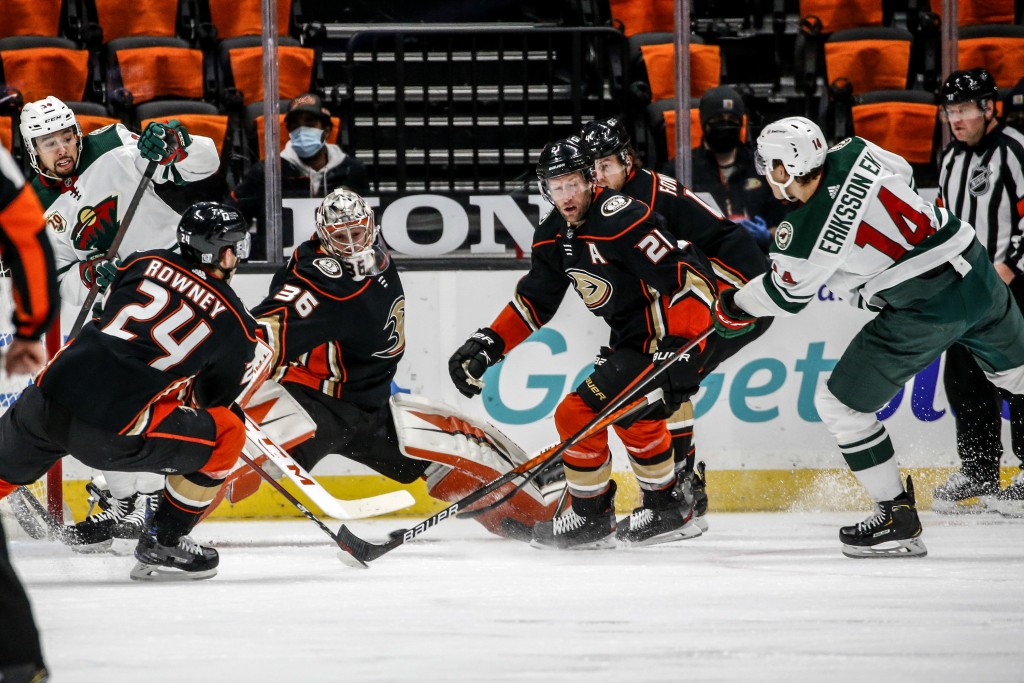 ANAHEIM, Calif. (AP) — Kevin Fiala had two goals and an assist, Kaapo Kahkonen made 26 saves and the Minnesota Wild defeated the Anaheim Ducks 5-1 on Saturday night.

Joel Eriksson Ek, Victor Rask and Mats Zuccarello also scored for the Wild, who swept a two-game set against the Ducks.

Fiala continued his hot streak, having scored all of his team-leading six goals in his last seven games. He gave Minnesota a 2-0 lead at 16:17 of the first period, beating Ducks defenseman Ben Hutton to a loose puck in the offensive zone and putting a shot into Gibson’s side that trickled in. Fiala also had a power-play goal to make it 3-0 three minutes into the second.

Fiala had three goals in the two games against the Ducks, including both winners, extending his knack for getting the best of Anaheim. He has eight goals in 12 career games versus Anaheim, the most against any NHL team, and two of his 10 multi-goal games have come against the Ducks.

Backes redirected Josh Mahura’s shot to get the Ducks within 3-1 at 16:29. Mahura made his season debut after defenseman Hampus Lindholm sustained a lower-body injury on Thursday.

Returning after missing two games while in COVID-19 protocol, Rask extended the lead to 4-1 at 5:45 in the third.

Eriksson Ek made it 5-1 at 14:26. Fiala passed up his chance for his first hat trick and instead passed to Ryan Hartman, who set up Eriksson Ek’s sixth goal.

Minnesota took the lead when Zuccarello beat Gibson to his glove side with a wrist shot from the left circle at 15:07 of the first for his first goal of the season

The Ducks placed forward Adam Henrique on waivers Saturday. Henrique is in the second year of a five-year, $29 million contract and led the team in goals (26) and points (43) last season, but he has three goals and one assist through 16 games this year. Coach Dallas Eakins did not rule out a return to the lineup if Henrique, who was scratched on Jan. 31 and saw his playing time reduced significantly on Thursday, clears waivers.

Wild: Minnesota continues its six-game trip at the San Jose Sharks on Monday.

Ducks: Anaheim opens a two-game set at the Arizona Coyotes on Monday.