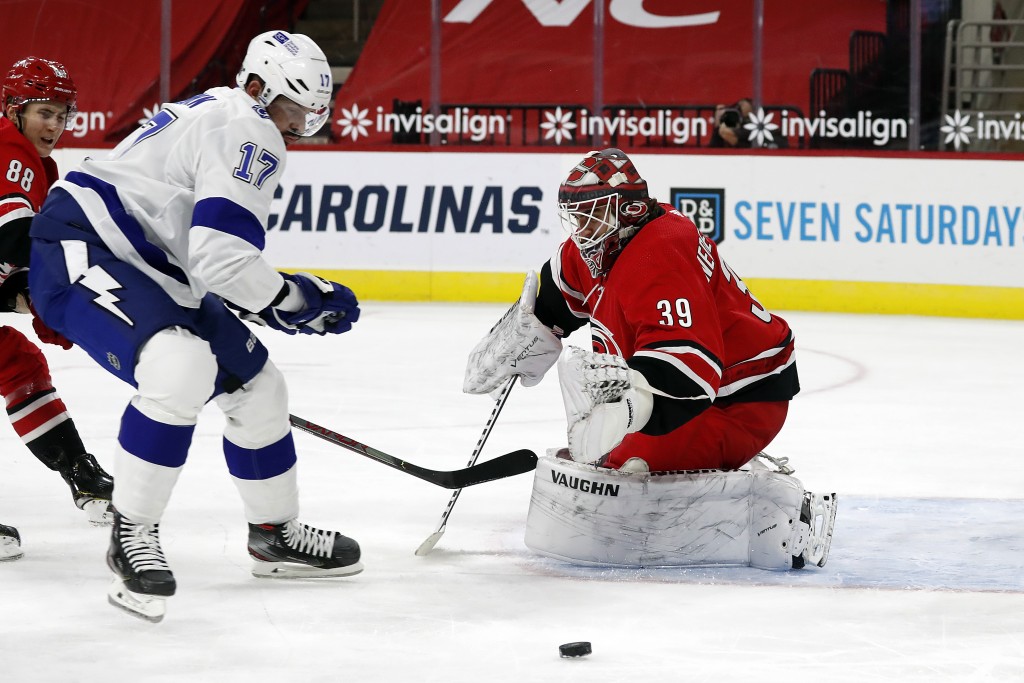 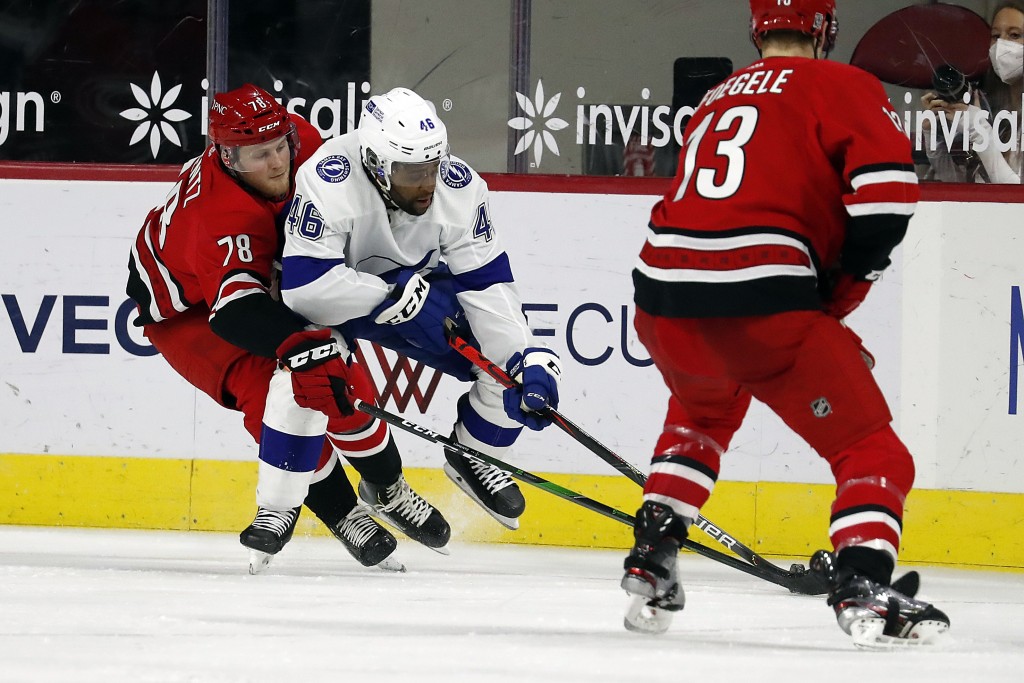 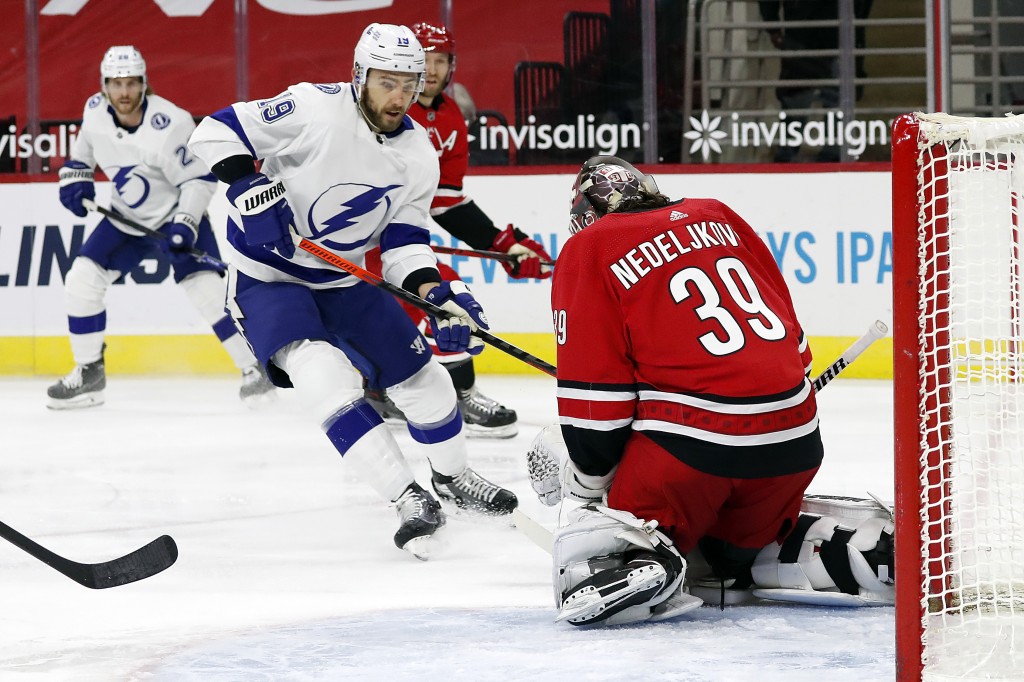 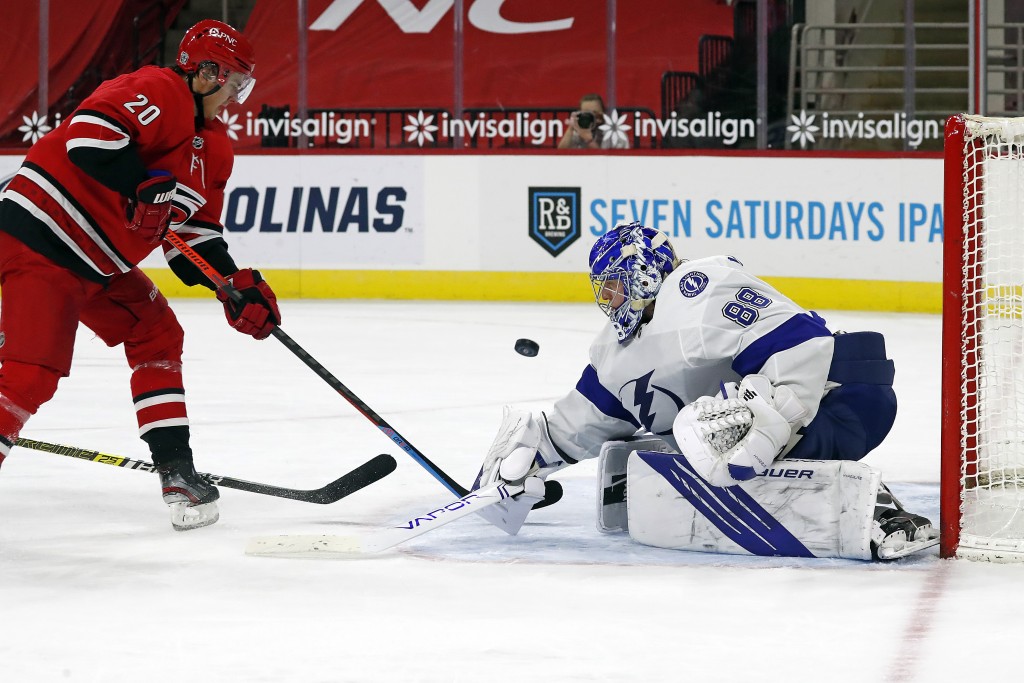 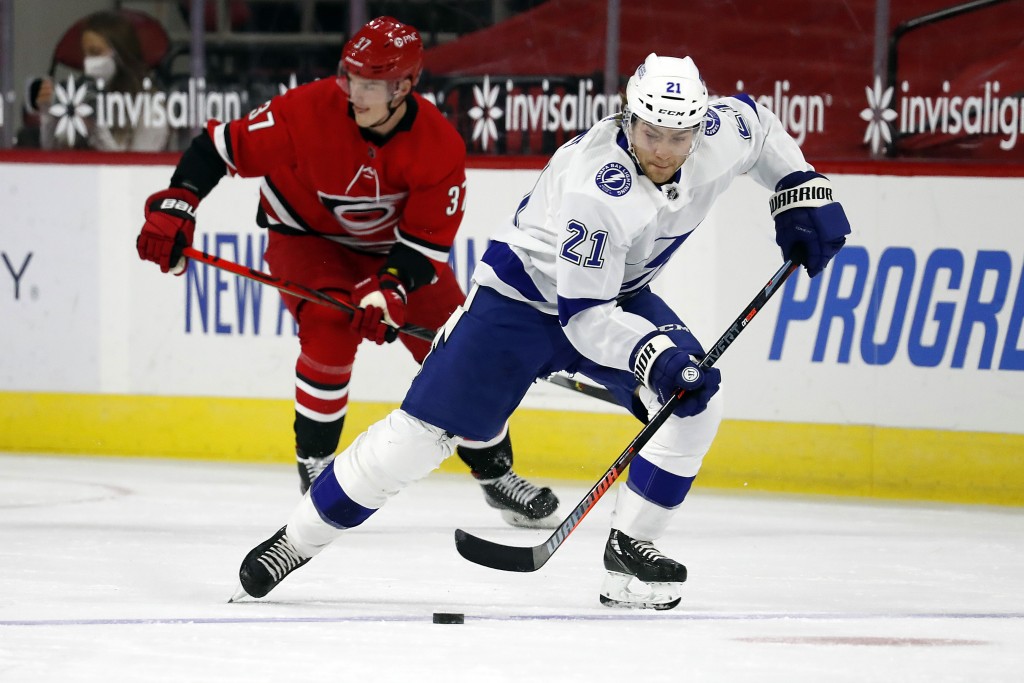 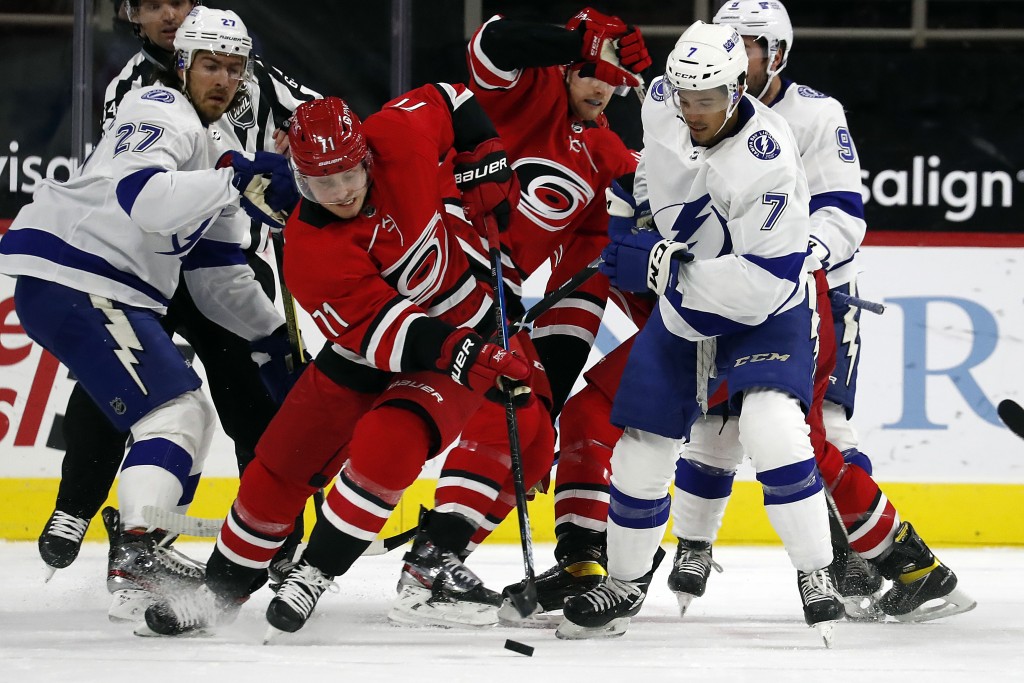 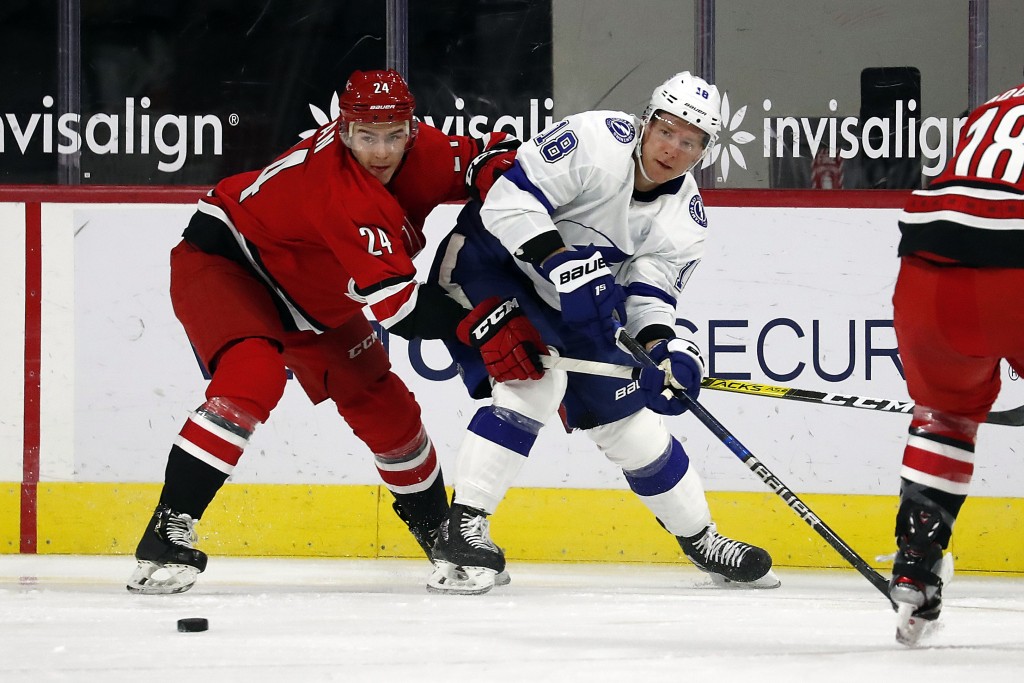 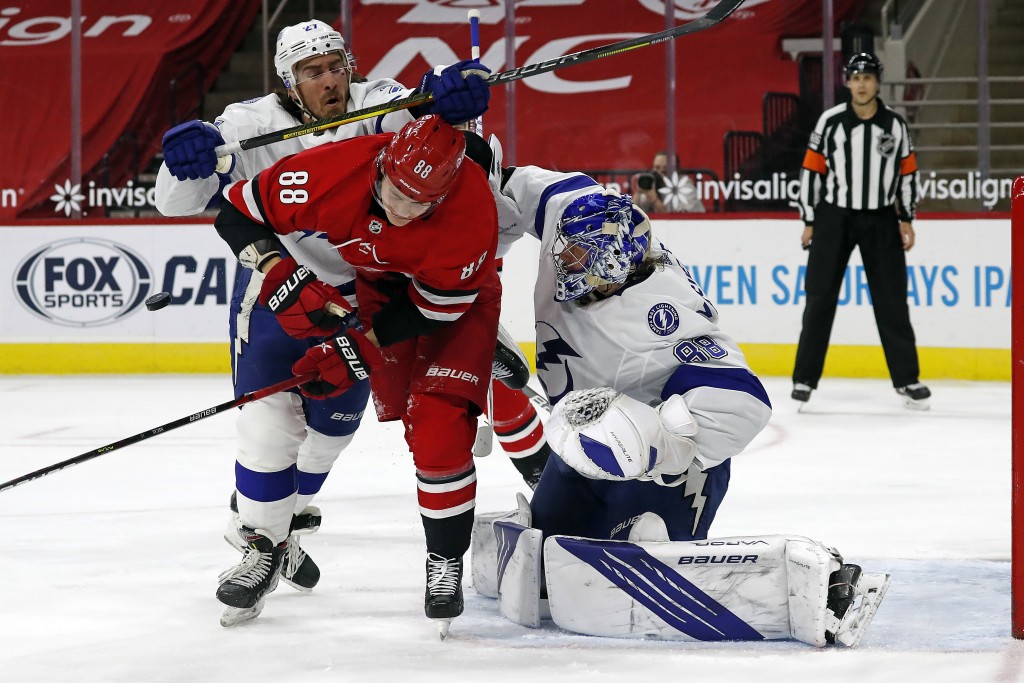 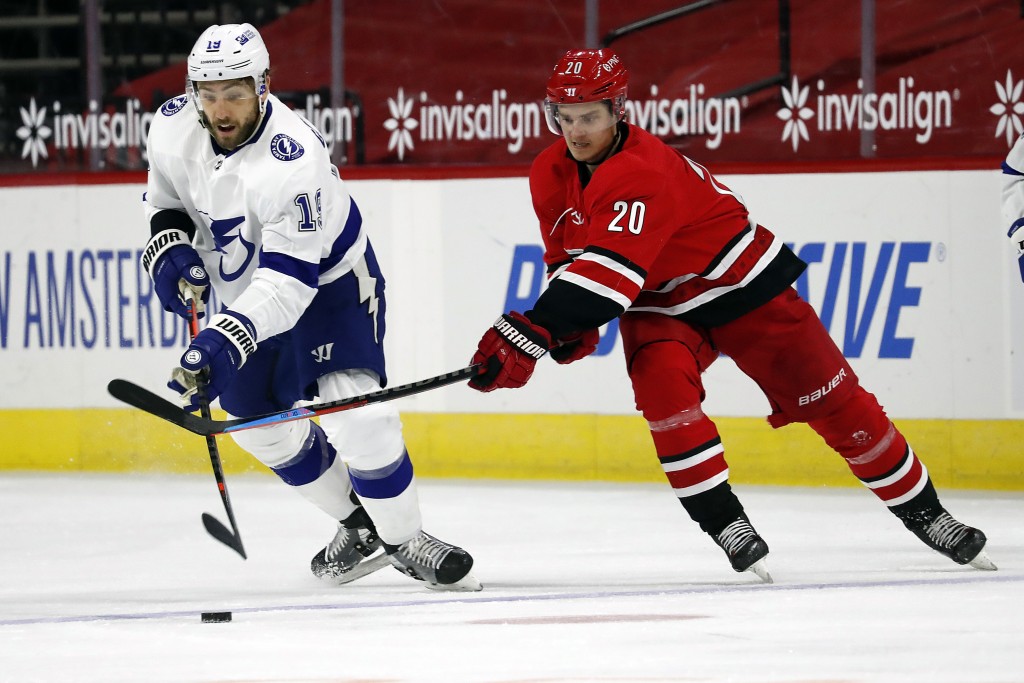 Vincent Trocheck, Sebastian Aho, ex-Tampa Bay player Cedric Paquette and Andrei Svechnikov scored for the Hurricanes, who have won five of six and own a six-game points streak.

It was the first of four consecutive games between the teams, with Saturday’s game coming as part of a revised schedule.

Tampa Bay has yet to score in two meetings, including an overtime loss, against the Hurricanes this season. Nedeljkovic stopped 13 shots in the second period.

Andrei Vasilevskiy made 24 saves as the Lightning lost for the third time in four games.

Tampa Bay, which hadn’t played since Monday, had some sloppy puck handling and Trocheck jammed the puck across the line despite Vasilevskiy’s efforts. Trocheck’s 300th career goal gave him a six-game points streak.

Another Tampa Bay breakdown led to Aho’s goal as he took a pass from Svechnikov and skated in on Vasilevskiy without resistance.

Paquette’s third-period goal was his second of the season and first with the Hurricanes. Aho assisted on Svechnikov’s empty-net goal.

Playing four consecutive games against each other is bound to bring about tension. Some of that surfaced by the second period in the first game of the stretch.

Paquette, who was a member of the Lightning’s 2020 Stanley Cup championship team, and Tampa Bay’s Gemel Smith were involved in a post-whistle spat and had to be separated.

Paquette is completing his first week with the Hurricanes after coming on board via last weekend’s trade with Ottawa.

The second meeting of the season between the teams was moved up two nights when schedule tweaks were made because the Lightning’s games at Dallas were nixed based on weather conditions and the power crisis in Texas. This meeting replaces Tampa Bay’s March 28 visit to Raleigh.

The 25-year-old Nedeljkovic played his 10th career NHL game and his fourth outing of the season. His role expanded when top goalie Petr Mrazek went out with an injuroy on Jan. 30. He has been sharing time with James Reimer.

Mrazek blanked the Lightning on Jan. 28 for Carolina's only other shutout of the season.

Tampa Bay has posted at least two goals in all its other games this season.