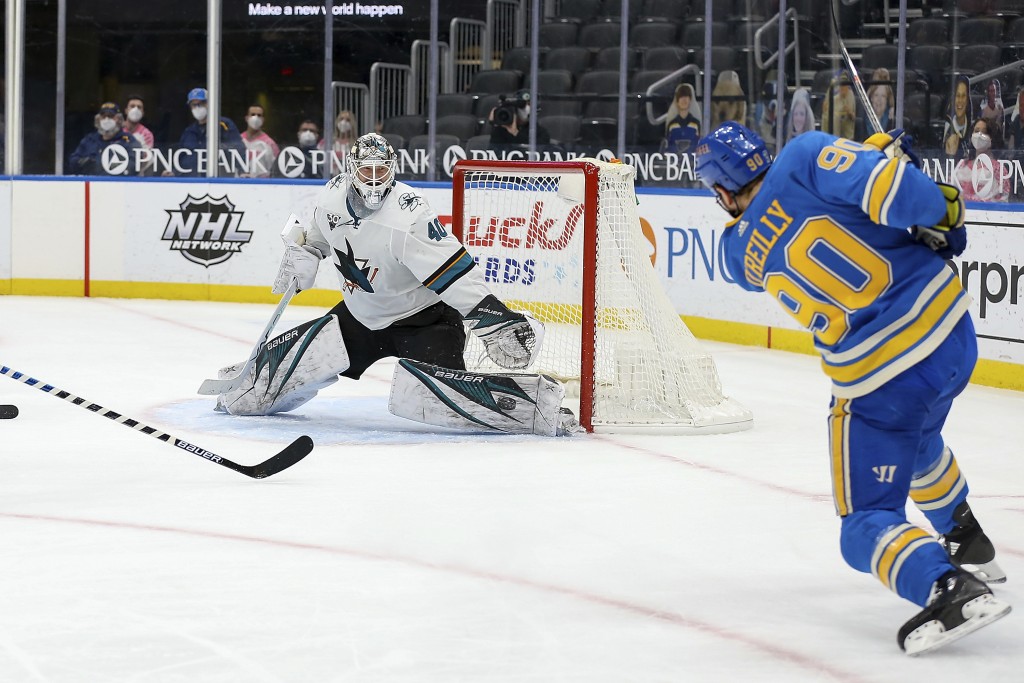 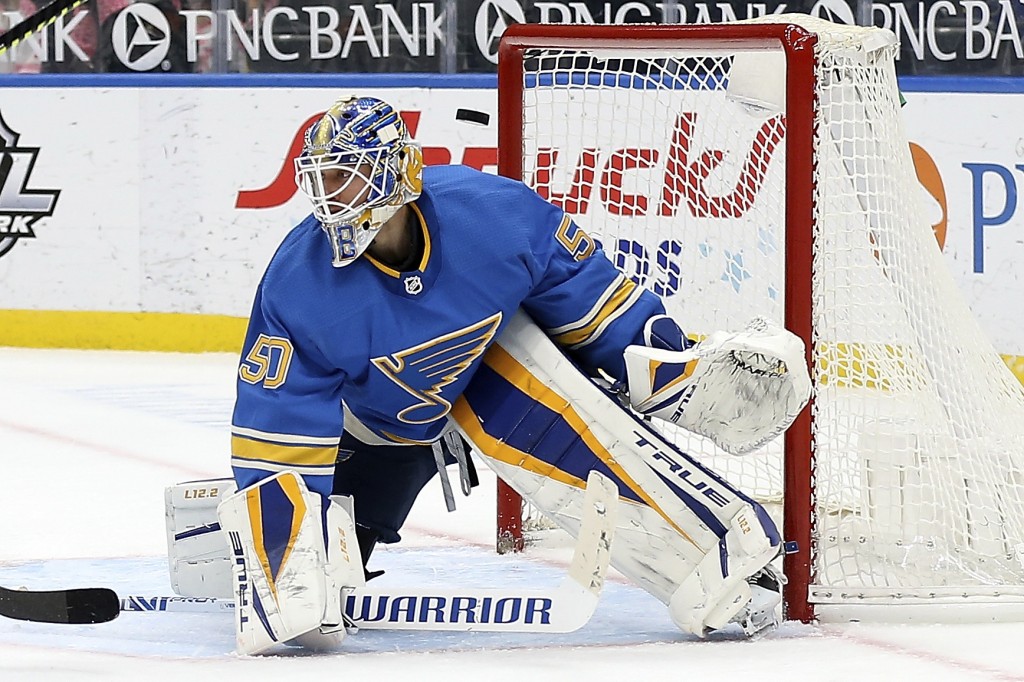 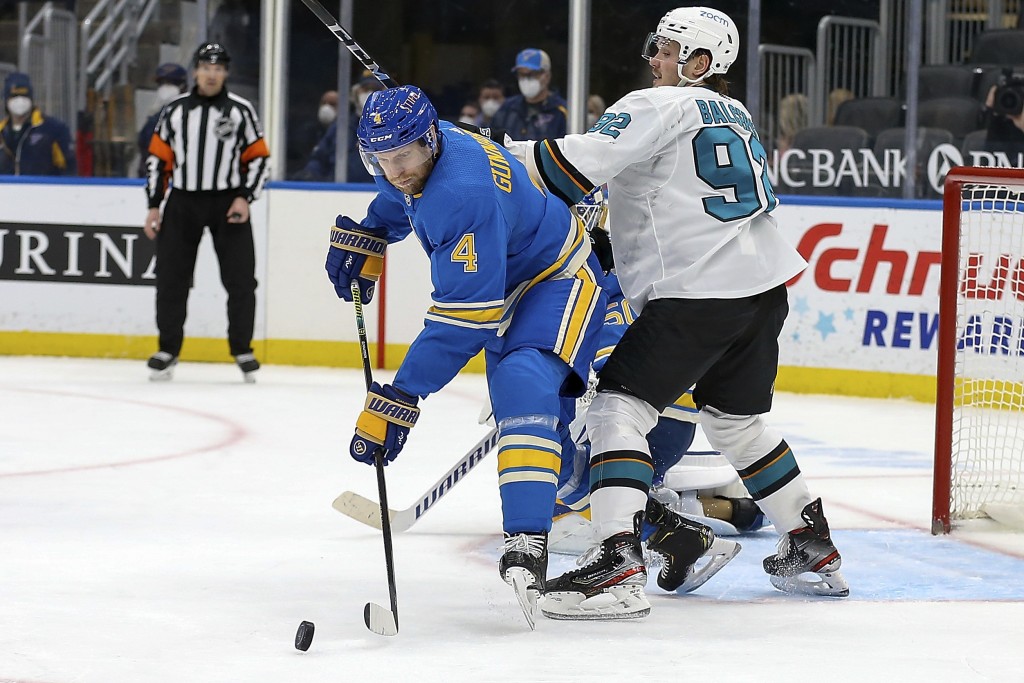 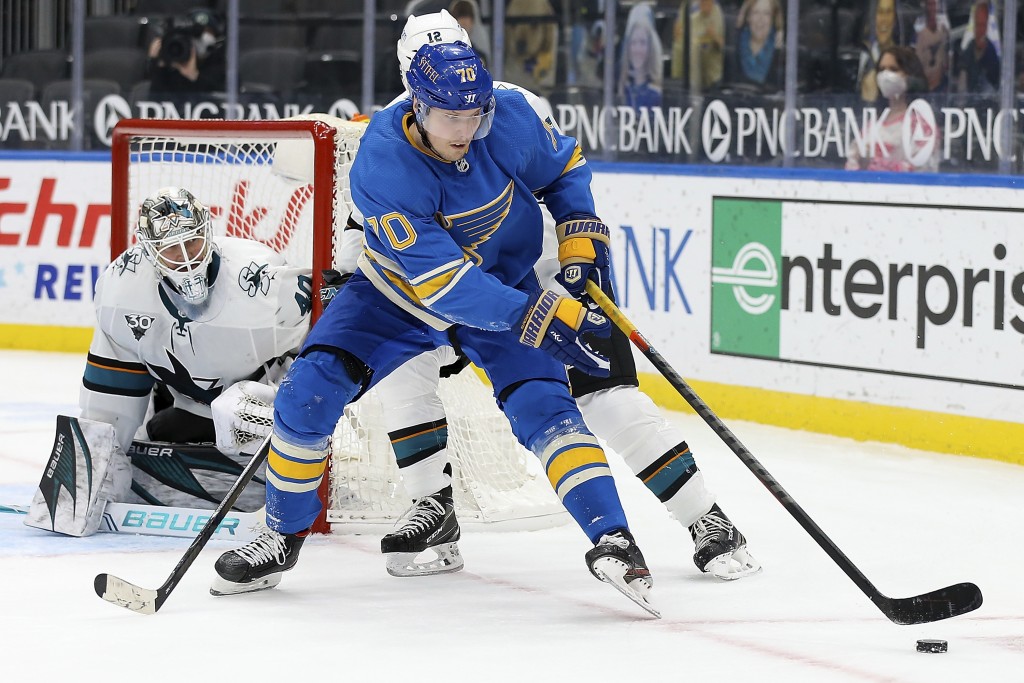 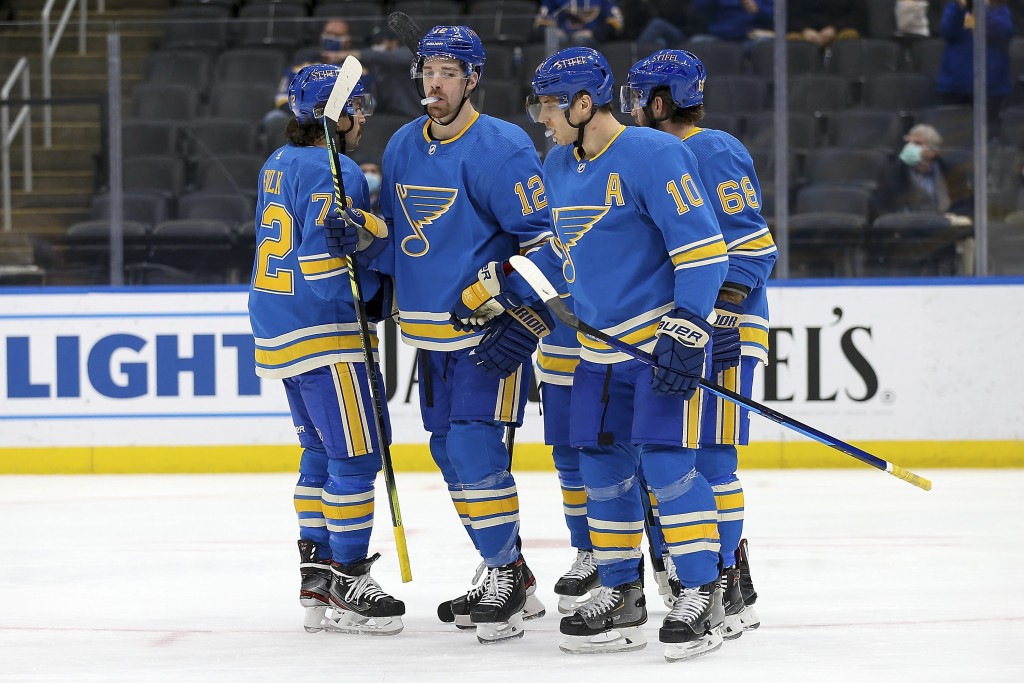 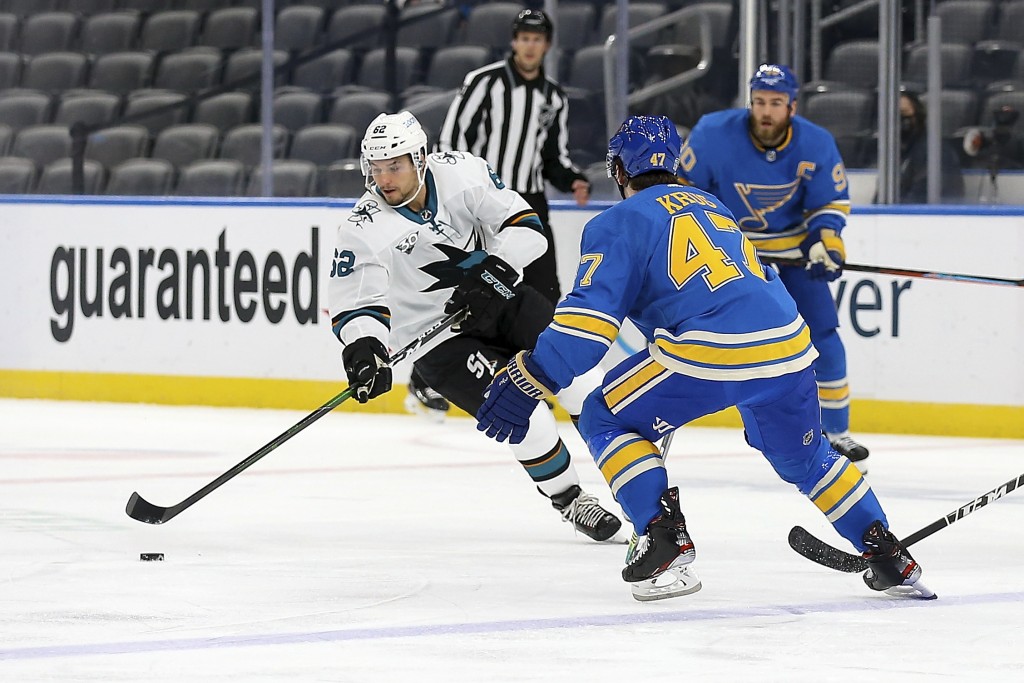 ST. LOUIS (AP) — Rudolfs Balcers scored his first two goals of the season, including the tiebreaker midway through the third period, and the San Jose Sharks held off the St. Louis Blues 5-4 on Saturday night.

After the Blues overcame deficits of 3-0 and 4-1 to tie it during a wild second period, Balcers tipped a shot by Logan Couture with 8:09 left in the third. The puck deflected off goalie Jordan Binnington's back and in.

The Sharks entered 0-7-1 in their previous eight against the Blues dating to the 2019 playoffs.

San Jose scored two goals in the first period off turnovers. The Sharks went up 1-0 at 7:24 when Kane scored with a wrist shot on an assist by Kevin Labanc, who was playing in his 300th career game. A turnover by Sanford began the play.

Couture scored his team-leading eighth goal at 10:10 when he tipped the puck from just outside the crease. A bad clearing attempt by Binnington intended for Carl Gunnarsson was picked up by Labanc, who quickly passed to an open Couture.

The Sharks went up 3-0 when Balcers scored from just outside the crease at 3:48 of the second period.

St. Louis cut the gap to 3-1 when Schenn flipped in the puck at 4:45. Mike Hoffman, who has 11 points in his last 11 games, passed to Kyrou. From behind the net, Kyrou fed Schenn for the goal.

Marleau scored his first goal at 8:15 when he was left all alone by the net for a 4-1 lead.

Just 22 seconds later, Sanford used his stick high to deflect in a shot by Torey Krug at 8:37. San Jose challenged the call but officials ruled it was good. Schenn also assisted on the goal to give him 16 points in his last 16 games.

O’Reilly pulled the Blues within one at 4-3 with a wrist shot from a tough angle to the right of the goal at 15:30. St. Louis worked around a delayed penalty that was being called on Mario Ferraro, who was without a helmet.

Kyrou ripped a slap shot from the faceoff circle at 18:41 to tie it.

The Blues announced LW Sammy Blais went on the COVID-19 protocol list Saturday, making him ineligible to play. Blais played in Thursday’s 3-2 overtime victory against the Sharks. He practiced Friday. However, Blais was not among the 12 Blues taking part in Saturday’s optional morning skate. He is the first Blues player on the COVID list this year. ... Taking his place in the lineup was Jake Walman from the taxi squad.