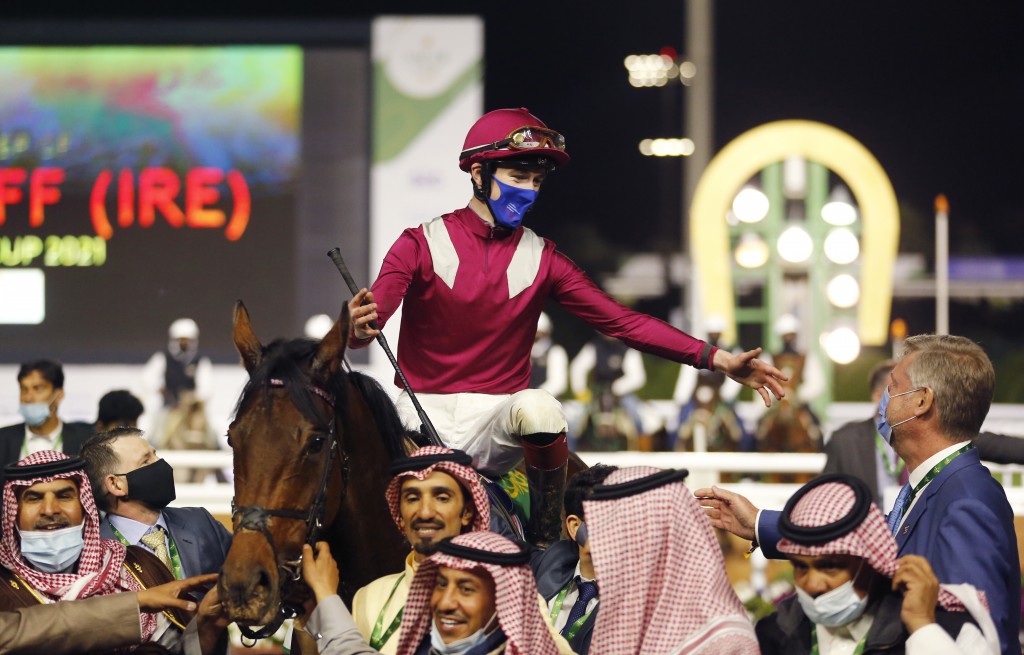 The first prize was $10 million.

The John Gosden-trained colt, owned by Prince Faisal, made his stamina tell over the nine furlongs after the two U.S. heavyweights, Charlatan and Knicks Go, had gone head-to-head in the early stages.

Mishriff's 21-year-old jockey, David Egan, was able to stay on their heels as the star pair turned for home at King Abdulaziz Racetrack.

Knicks Go dropped away, leaving Mishriff to gradually reduce Charlatan’s lead and get up in the closing stages to win by a length. Great Scot finished third.