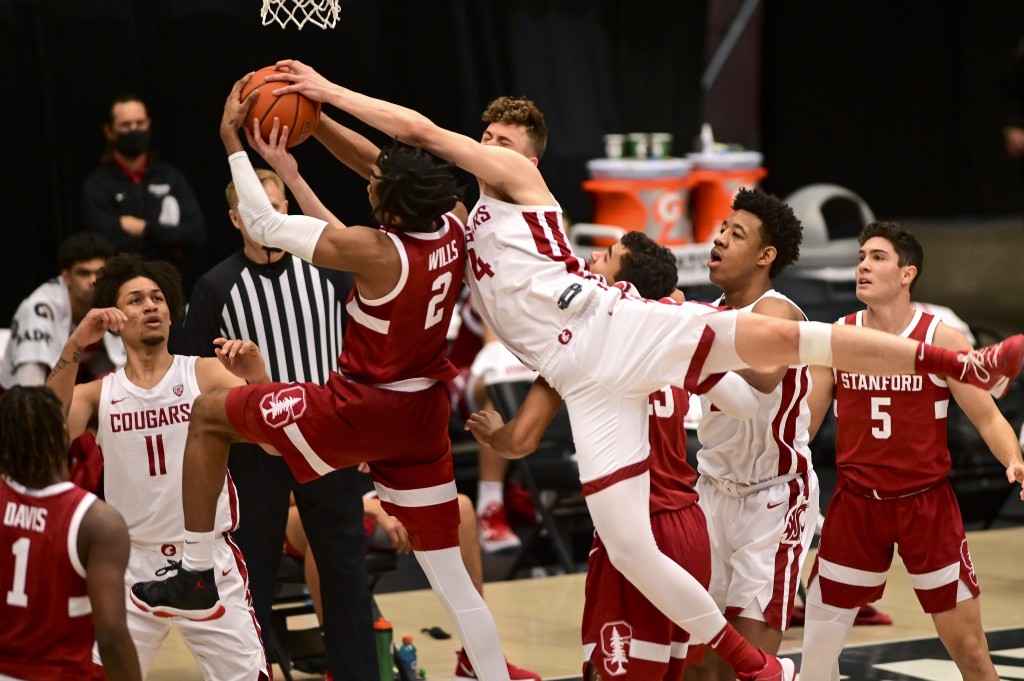 Abogidi finished with 14 points and Kunc and Andrej Jakimovski 11 each with Jakimovski adding nine assists and Dishon Jackson 10 rebounds.

The Cougars were outshot 52% to 36% but had 12 more rebounds, six more 3-pointers and made 18 of 23 at the line to Stanford's 9 of 18. They ended a nine-game losing streak to Stanford (14-9, 10-7) and dealt a blow to the on-the-bubble Cardinal's NCAA Tournament hopes. And they did it all without their their leading scorer, Isaac Bonton (18.4 ppg), out for the third consecutive game with an ankle injury.

Stanford's Oscar Da Silva, the Pac-12's second-leading scorer coming in at 19.1 points per game, finished with 11 in 28 minutes of play before fouling out in the second overtime. Michael O'Connell scored 17 points, Jaiden Delaire 15 and Spencer Jones and Daejon Davis 10 each.

Williams hit a 3-pointer with six seconds left to send the game into overtime. Stanford had the ball with 25 seconds left in the first OT but was harassed into a shot-clock violation to send it into a second extra period tied at 68-all. The second OT ended up at 76-all after Stanford’s Delaire drove and scored with 22 seconds left and Williams missed at the rim.

WSU is at Arizona on Thursday, while Stanford takes on Oregon