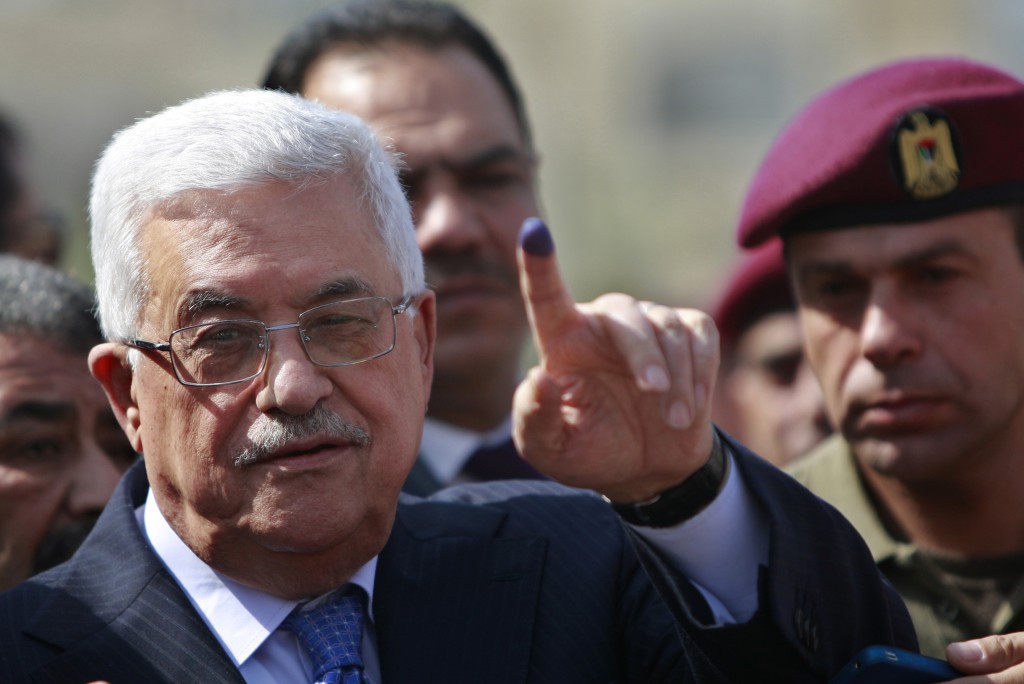 GAZA CITY, Gaza Strip (AP) — Palestinian President Mahmoud Abbas on Saturday issued a decree ordering the respect of freedom of expression ahead of legislative elections in May, a step demanded by Palestinian factions who discussed the polls in Egypt-hosted talks this month.

The decree dispels some of the doubts overshadowing what would be the first Palestinian national elections in 15 years, although other hurdles remain unsolved.

The presidential decree bans all police pursuits and detentions in the West Bank and the Gaza Strip, which is controlled by the rival Hamas group, for “reasons related to freedom of expression and political affiliation.” Prisoners held on such justifications must be freed, says the decree.

A year later, the Islamic group fought deadly street battles with pro-Abbas forces, culminating with Hamas taking over Gaza and separating it politically from the Israeli-occupied West Bank, where the Palestinian Authority administers autonomous enclaves.

Through 14 years of division, rights groups accused Hamas and the PA of cracking down on each side’s adversaries and opponents.

Hamas has urged the halt of all politically related arrests in the West Bank, and Abbas’ Fatah party demanded the same in Gaza.

The call for elections came in response to a series of crises Fatah and Hamas face that weakened the standing of the Palestinian cause in the turbulent regional and international spectrum. The PA is struggling with financial crisis and failure to reach a peace deal with Israel to create Palestinian statehood. In Gaza, Hamas has held power under a crippling Israeli-Egyptian blockade meant to isolate it and weaken its weaponry, rendering it unable to deliver the minimum of basic services.

Palestinian factions are heading to Cairo next month for another round of talks in a bid to settle thorny issues that have blocked them from mending their rift, including security, employees, judiciary and expanding the Palestine Liberation Organization.