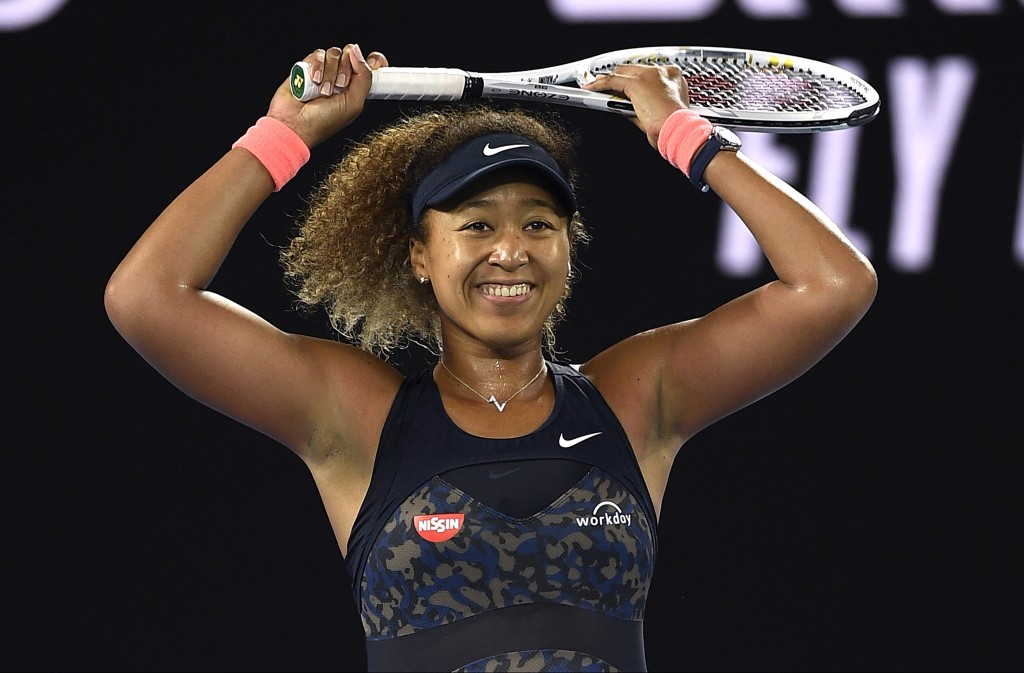 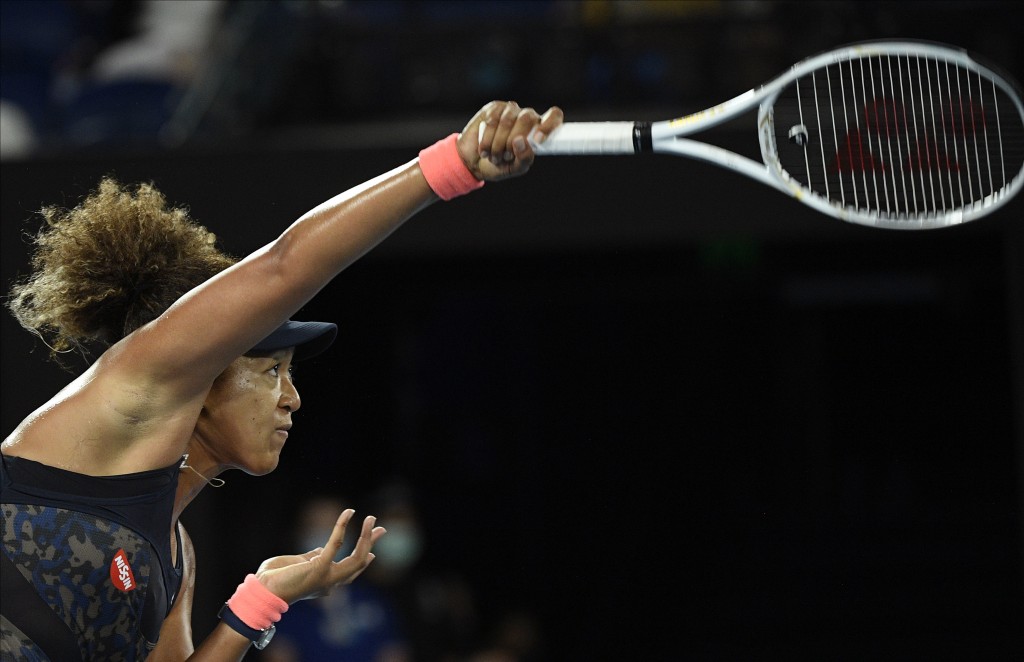 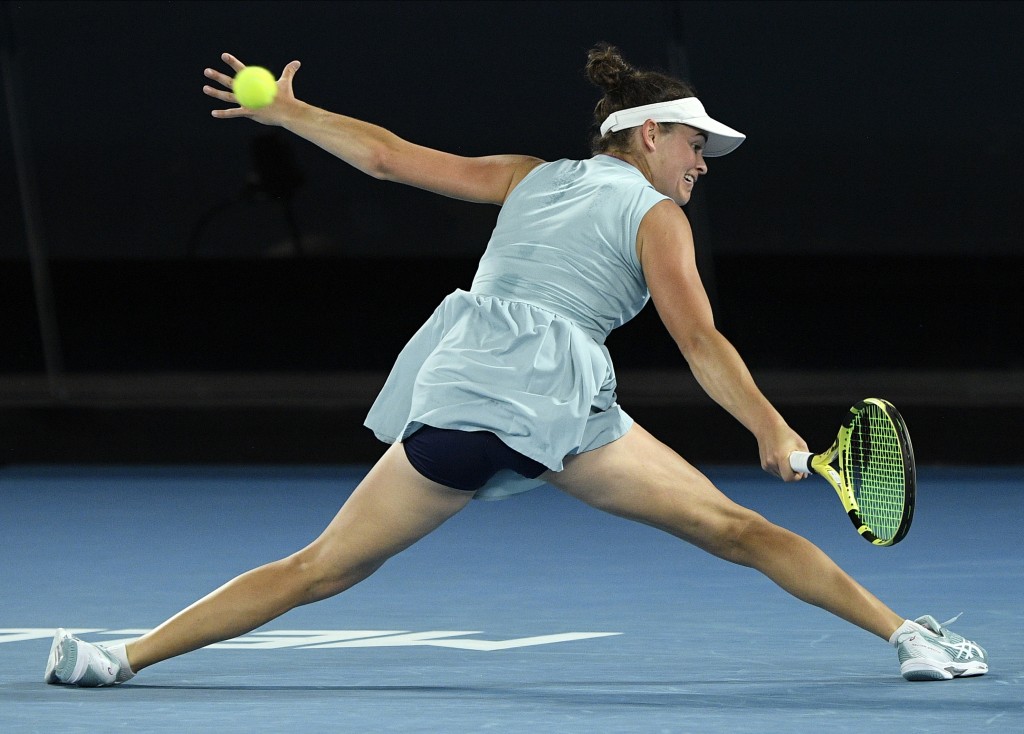 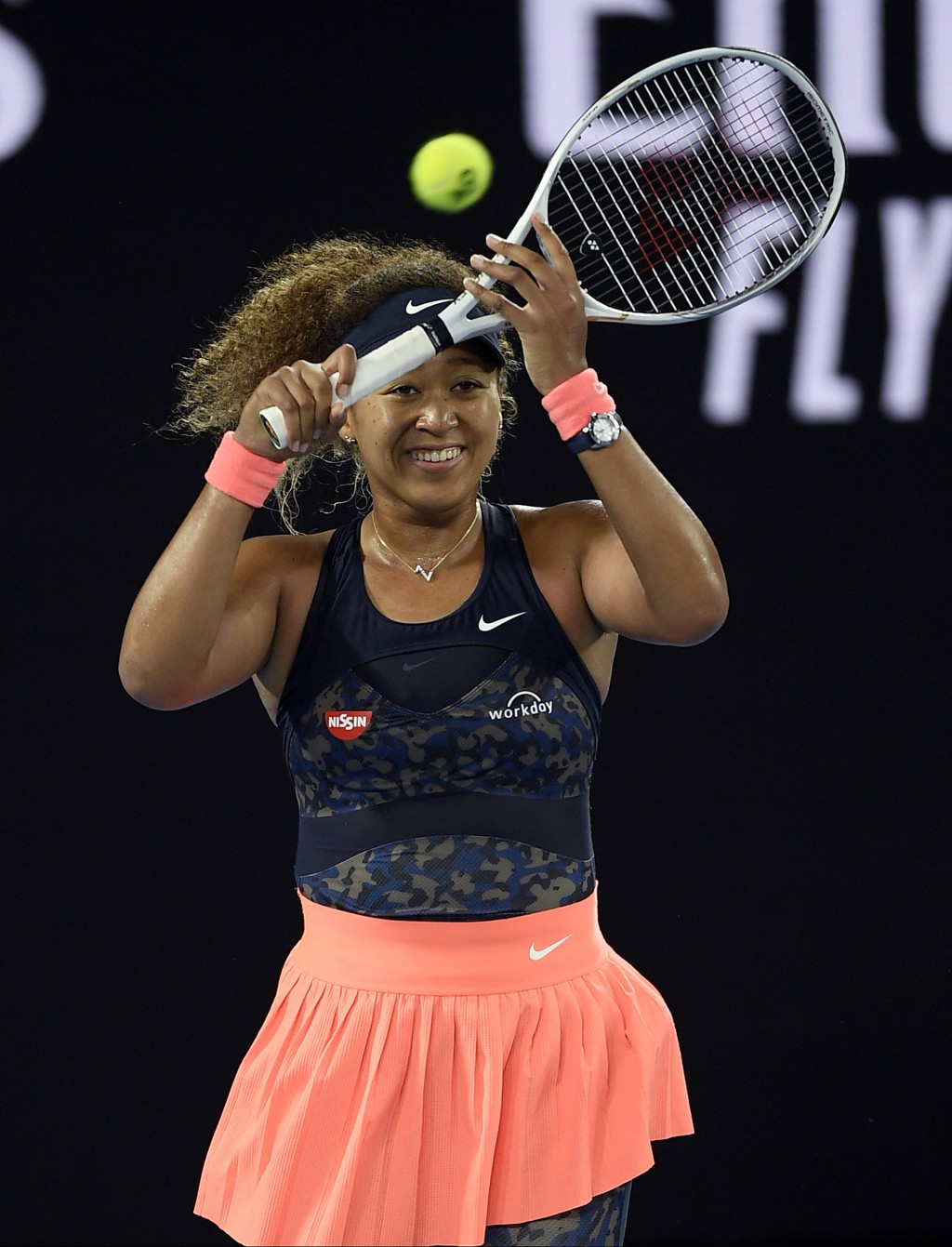 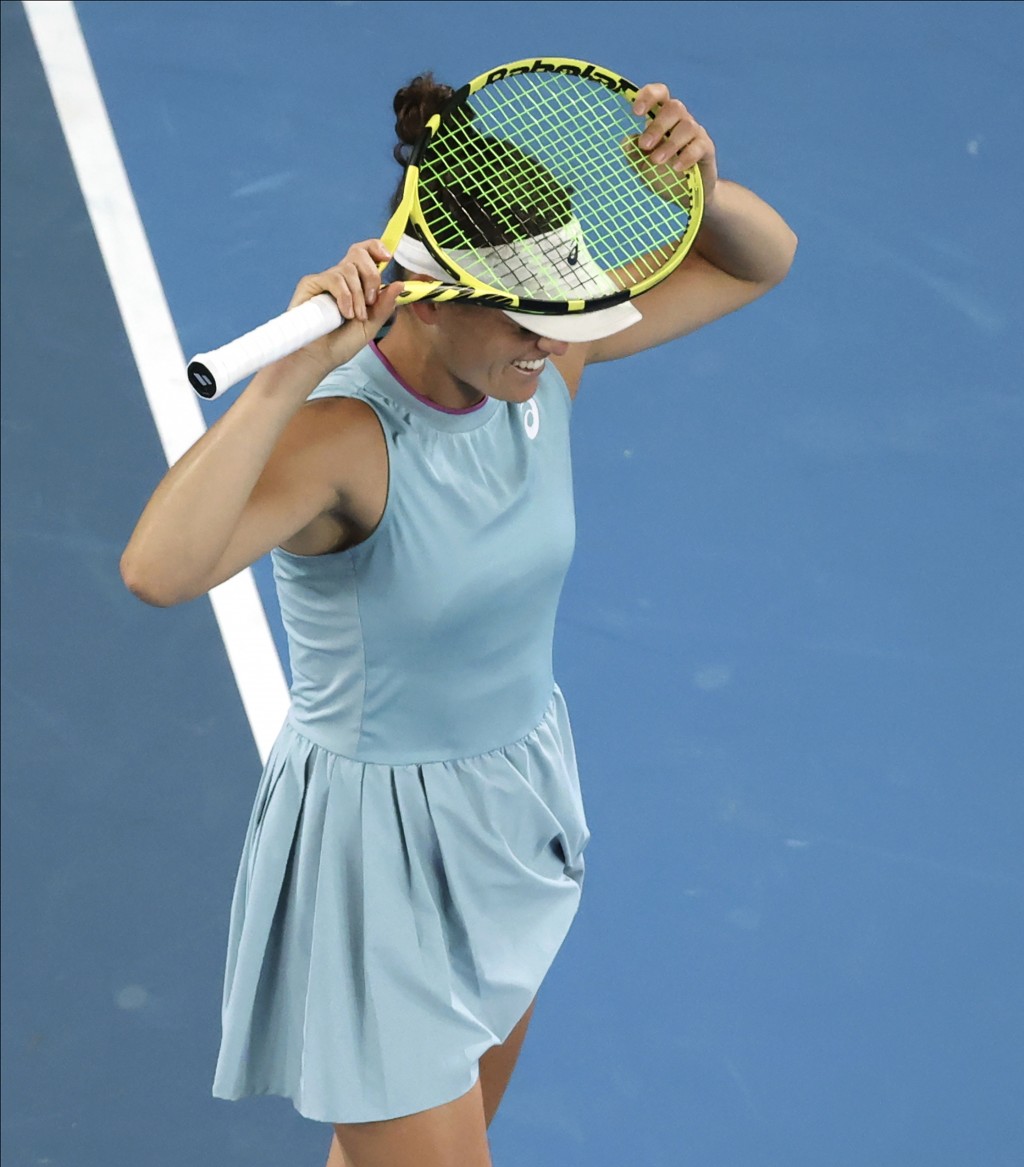 MELBOURNE, Australia (AP) — The trouble for Naomi Osaka at Grand Slam tournaments comes in Week 1. Get beyond that at the hard-court majors, though, and start preparing to etch her name on the trophy.

Osaka won her fourth title in her past eight appearances at a Slam, emerging from what initially was a tight Australian Open final and pulling away by grabbing six consecutive games to beat Jennifer Brady 6-4, 6-3 on Saturday.

With strong serving that produced six aces, Osaka improved to 4-0 in major finals, the first woman to start her career that way since Monica Seles did it 30 years ago. For Osaka, that is part of a 12-0 record so far in the quarterfinals and beyond at the majors.

The 2020 AP Female Athlete of the Year is also on a 21-match winning streak that dates to last season. That includes a championship at last year’s U.S. Open. She also won the U.S. Open in 2018, and the Australian Open in 2019.

The 23-year-old Osaka was born in Japan and moved to the United States with her family when she was 3.

Brady is a 25-year-old American who was playing in her first Grand Slam final. She had to go through a hard quarantine for 15 days when she arrived in Australia in January because someone on her flight tested positive for COVID-19 when they arrived.

This was a big step up in competition during this tournament for Brady, who had not faced anyone ranked in the Top 25 nor anyone who previously appeared in so much as one Grand Slam semifinal.

During the pre-match coin toss, the silver women’s trophy stood on a clear, plastic pedestal not far from Osaka on her side of the net. After beating Serena Williams in the semifinals, Osaka had made her intentions clear: “I have this mentality that people don’t remember the runners-up. You might, but the winner’s name is the one that’s engraved.”

And she keeps making sure that name is hers.

It was cooler than it’s been in Melbourne recently, with the temperature down below 70 degrees Fahrenheit (20 degrees Celsius) and a breeze that made serve tosses difficult for both players, who would catch the ball instead of hit it and say, “Sorry!”

The stadium was allowed to be at half capacity — about 7,500 fans — after spectators were barred entirely earlier in the tournament for five days during a COVID-19 lockdown.

In the men’s final Sunday (7:30 p.m. local time, 3:30 a.m. EST), No. 1 Novak Djokovic will be seeking his ninth Australian Open championship and 18th Grand Slam trophy overall. He faces No. 4 Daniil Medvedev, who carries a 20-match winning streak into his second major final.

Only two active women own more Slam titles than Osaka: Williams, with 23, and her sister, Venus, with seven.

Next task for Osaka is improving on clay and grass: She’s never been past the third round at the French Open or Wimbledon.

On Saturday, the final was locked at 4-all, when Brady used an on-the-run lob winner that she punctuated by waving her arms to request more noise from the crowd. That earned a break point — convert that, and she would serve for the opening set.

But Osaka erased the chance with a cross-court forehand winner, and two errors by Brady made it 5-4.

Osaka then broke to grab the set, helped by Brady’s double-fault and a netted forehand on a short ball to end it.

That was part of the six-game run that put Osaka ahead 4-0 in the second and she was on her way.