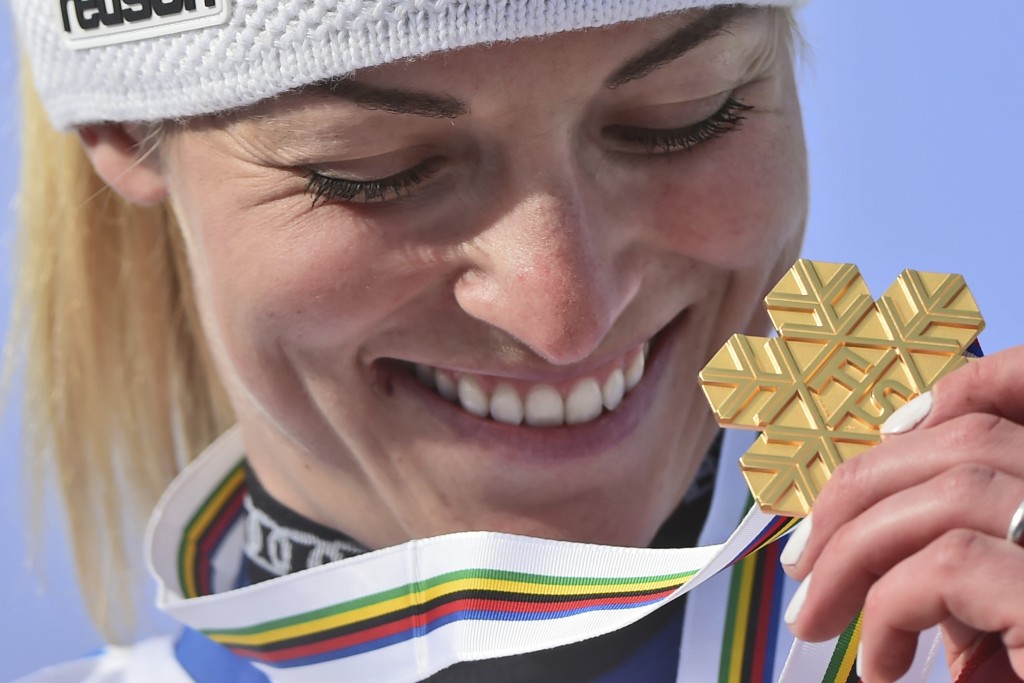 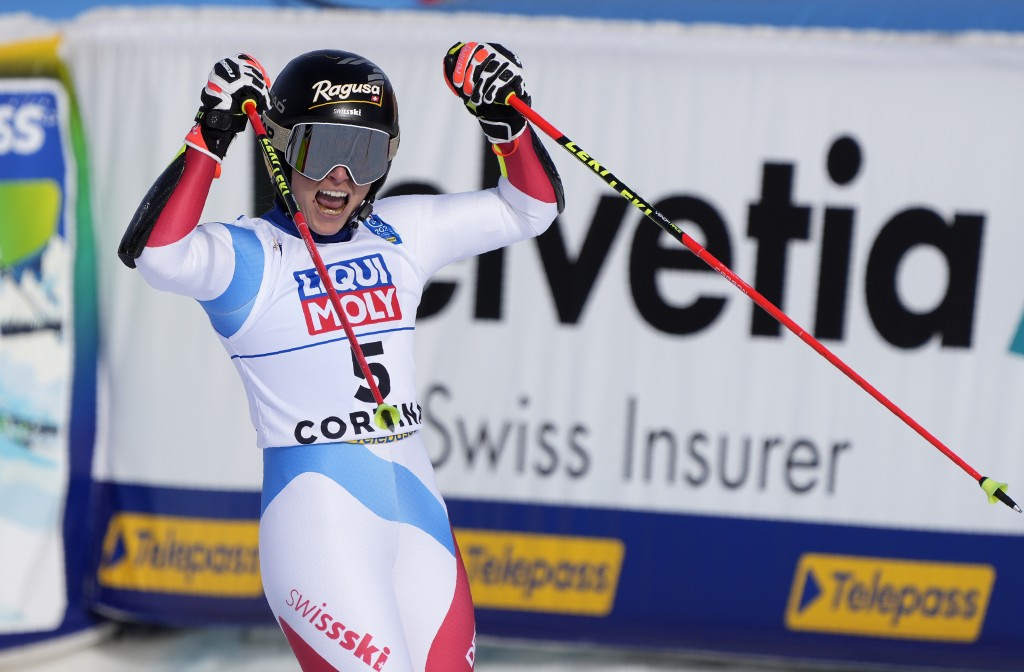 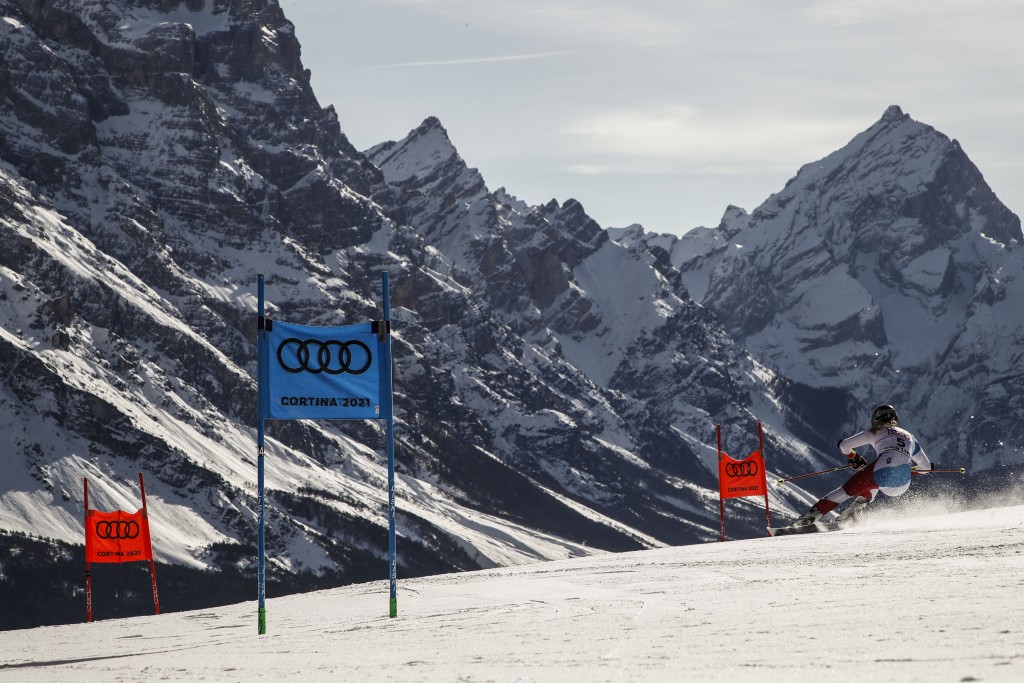 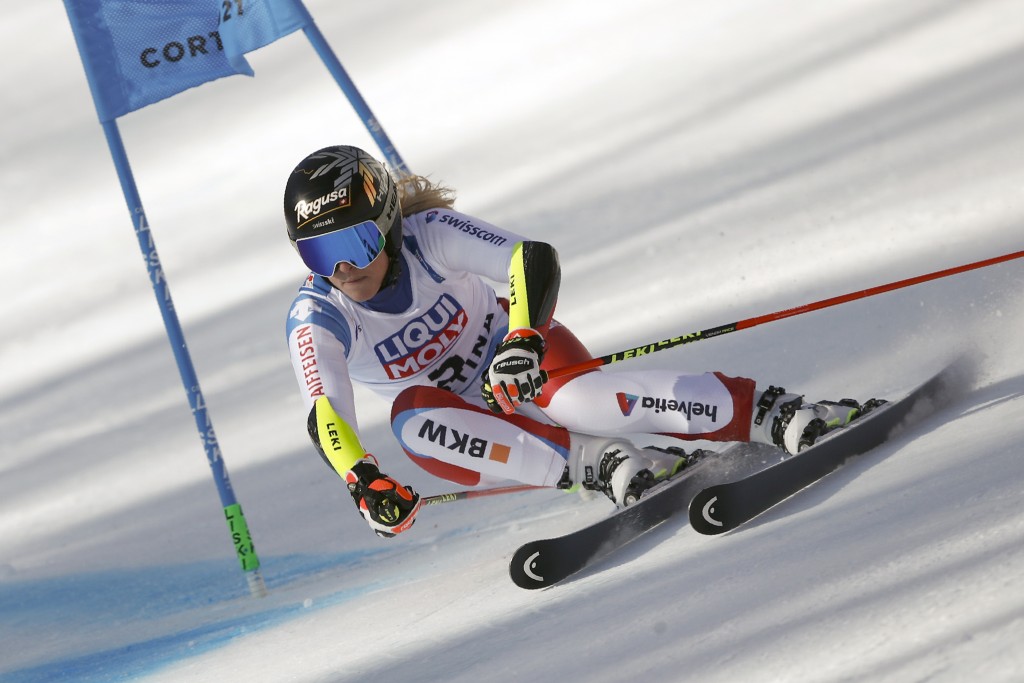 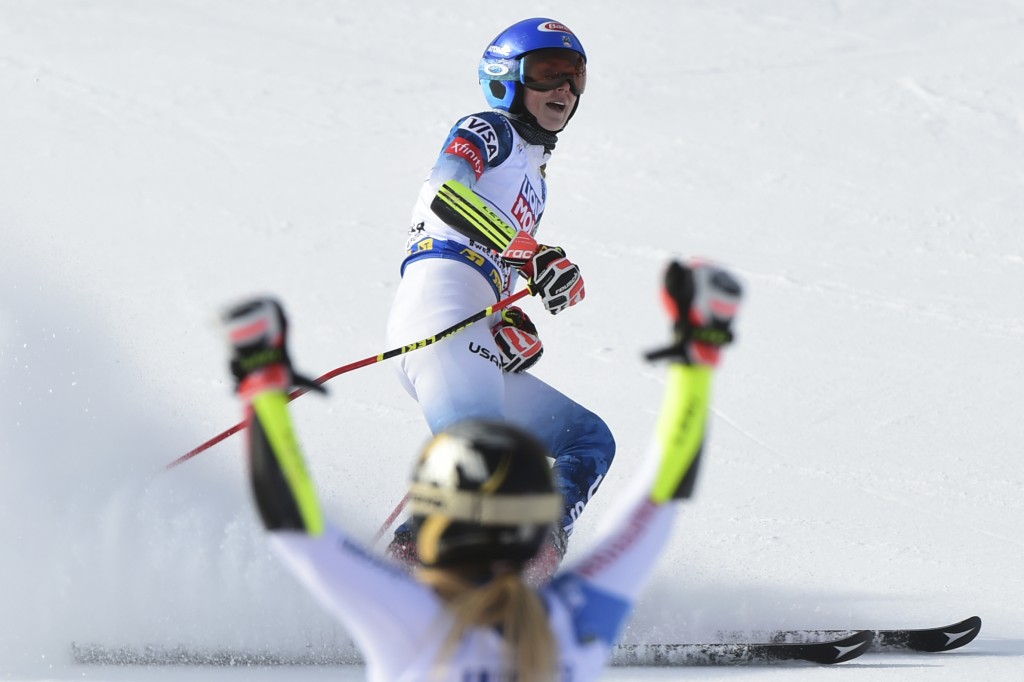 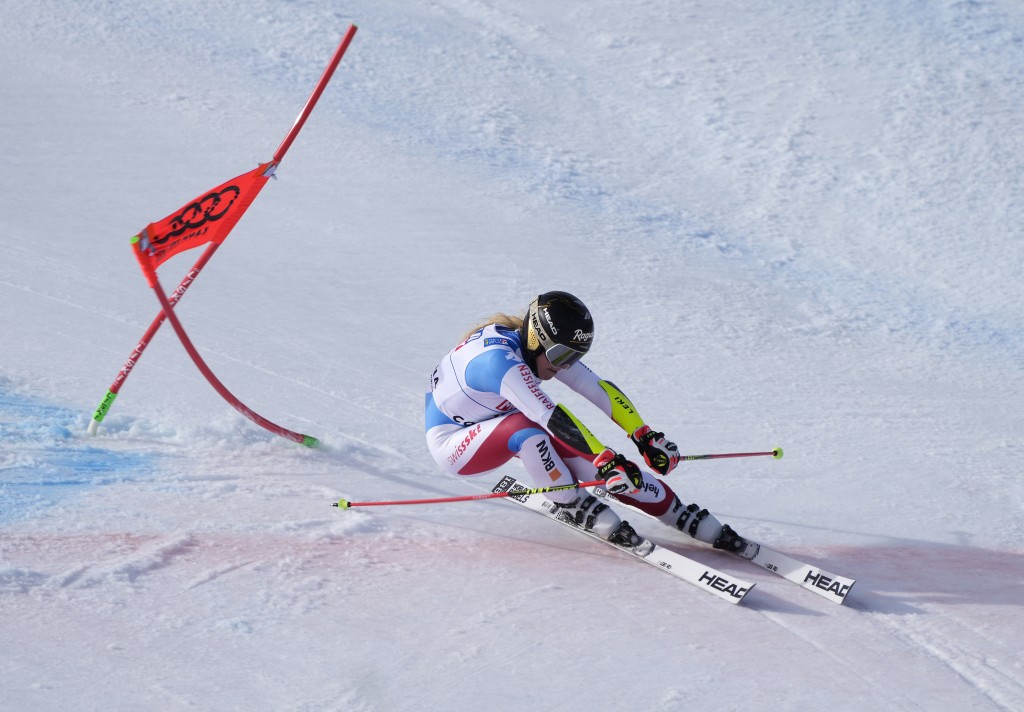 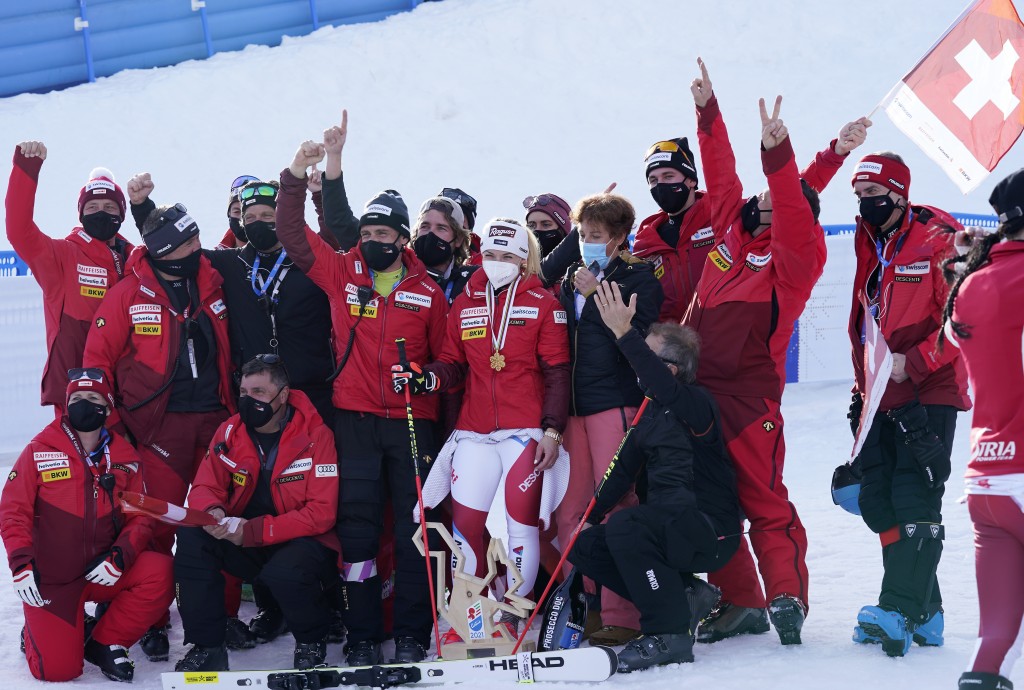 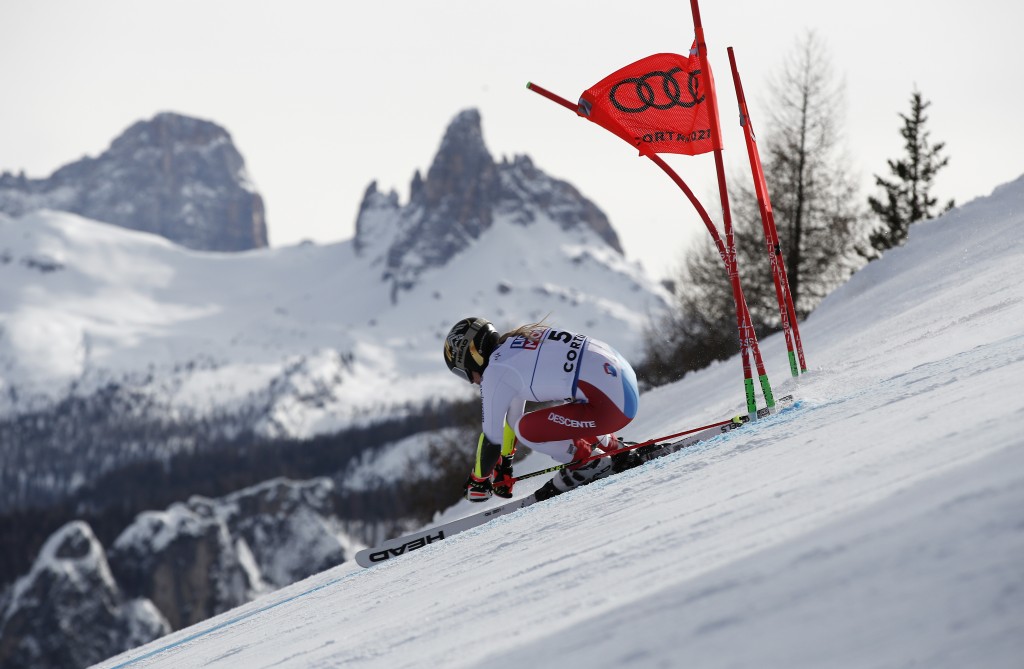 CORTINA D'AMPEZZO, Italy (AP) — If they call Cortina the “Queen” of the Italian Dolomites, then Lara Gut-Behrami is the queen of the skiing world championships so far.

It makes sense that the Swiss racer, who has won two gold medals and also a bronze, feels so comfortable in the chic Alpine resort. After all, Gut-Behrami lives two hours away, she speaks the local language and is accustomed to the Italian diet.

“To come here and speak Italian, it feels a little bit like home,” Gut-Behrami said after adding a giant slalom gold to go with her world title in super-G.

After finshing third in Saturday’s downhill, Gut-Behrami drove to her home in Udine for a couple of days to recuperate from the opening week of the worlds. She cooked her own food, slept in her own bed and regrouped with her husband, Swiss soccer player Valon Behrami.

“It’s the first time for me at the world champs that I was able to go home,” Gut-Behrami said. “It’s a good feeling.”

It’s also the first time that Gut-Behrami has won gold at a worlds or Olympics.

Gut-Behrami comes from the Italian-speaking Ticino canton of Switzerland but has been living in Italy for two years, since she married Behrami.

“They have a house in Udine and (Behrami) plays for Genoa, so they have an apartment in Genoa. She really loves being by the sea, so it’s ideal for her — one house in the mountains, another by the sea,” Pauli Gut, the racer’s father and coach, said while wearing a face mask featuring the logo of the Genoa soccer team.

Gut-Behrami’s newfound success and tranquility comes in stark contrast to what she experienced over the past few years.

Once a teenage prodigy, she was expected to follow in Roger Federer’s footsteps and become the next Swiss superstar.

When Gut-Behrami won the overall World Cup title in 2016, everything seemed on track. But then she tore up her left knee at her home worlds in St. Moritz in 2017, which had the effect of helping Mikaela Shiffrin win her first overall title and take over as the top woman in the sport.

When she returned the following season, Gut-Behrami talked about reading novels to find her inner peace.

“I had to ‘break’ my knee to rediscover myself,” she said at the time.

The ensuing seasons included a strained relationship with her father, and calls from outside her inner circle to find a new coach.

“We know how down she was when she wasn’t skiing fast,” said Gut-Behrami’s mother, Gabriella. “We were there to support her during those times. Now she has responded with these results.”

Results that will cement Gut-Behrami's status as a medal contender in multiple events for next year's Beijing Olympics.

While Gut-Behrami was an overwhelming favorite for gold in the super-G, she was considered an outsider in the giant slalom, which lived up to its expectation as the most competitive race of the championships.

What’s more is that it was Gut-Behrami’s first giant slalom win in nearly five years.

“It was already great seeing her win the super-G. But the victory in GS is really the ultimate,” Pauli Gut said. “I usually remain pretty calm but for a minute there I just went wild.”

While Shiffrin — who has a medal of each color so far — will be favored to win Saturday’s slalom and possibly overtake Gut-Behrami as the skier of the championships, Gut-Behrami will switch her focus to another objective.

She is heading back to her nearby homes to regenerate again before resuming her pursuit of a second overall World Cup title.

Gut-Behrami trails overall leader Petra Vlhova by a mere 42 points with 11 races remaining and wins worth 100 points each. Making matters more comfortable for Gut-Behrami is that the World Cup season resumes with more speed races in Italy, in Val di Fassa.

“For now let’s enjoy these medals,” Pauli Gut said. “Then next week when the World Cup resumes we’ll take it one race at a time. Then we’ll see what happens.”