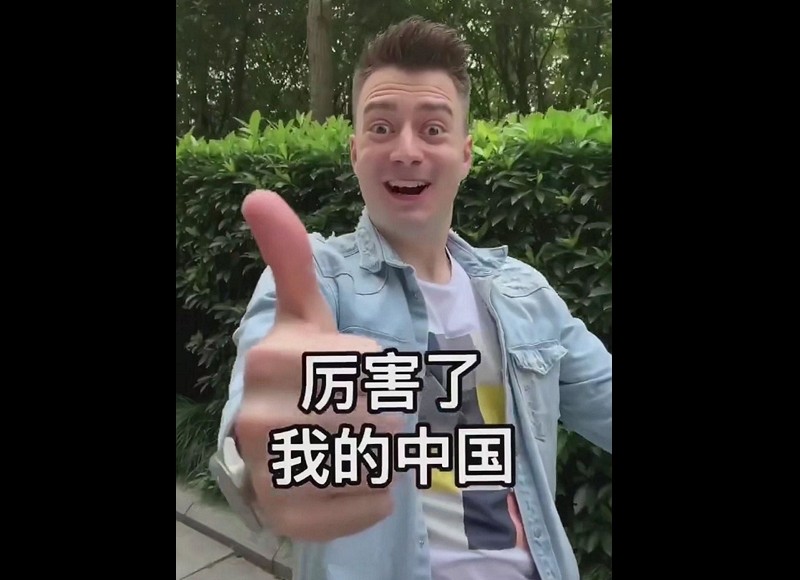 TAIPEI (Taiwan News) — An American citizen who was formerly an influencer in China recently spoke up about why he abandoned China's social media and the country itself — a place he had called home for four years.

The online celebrity, known as “Kevin B” on Twitter, traveled from California to Shenzhen and relocated to Shanghai in October 2019. His job prospects in the metropolis were severely affected by the coronavirus outbreak, but as a foreigner who speaks Chinese, he decided to turn to social media.

According to an article he published on Feb. 13, Kevin amassed 7,000 subscribers on the YouTube-like platform BiliBili in a month, where his vlogs were well-received. Popularity came at a price, however, as he acknowledged that to be a successful foreigner on Chinese social media means “casting aside all dignity and shouting ‘I love China.’”

Kevin said he grew disenchanted with the Chinese Communist Party (CCP) due to its clampdowns in Xinjiang and Hong Kong, as well as its absurd claim of sovereignty over Taiwan. Even so, he was fully aware that any attempt to lash out at the government would amount to termination of his social media career.

While he was producing videos for BiliBili, he also made sarcastic Twitter posts in Chinese about the tight grip of the CCP on people’s lives and “an unhealthy level of nationalism.” He ended up enraging a large community of “little pinks,” a term referring to young jingoistic Chinese nationalists on the internet.

The American would then receive bullying comments and threats to report him to the government. He also expressed frustration that he could never know whether he unwittingly crossed the line set by China's sensitive censorship apparatus.

The COVID-19 pandemic and how the CCP used it to advance its propaganda was the last straw to drive him away, the online celebrity said. Drawing a parallel between building a sandcastle and establishing a career in China as a foreigner, Kevin warned that not only does it take time to build “but eventually the tide will come and wash it away.”