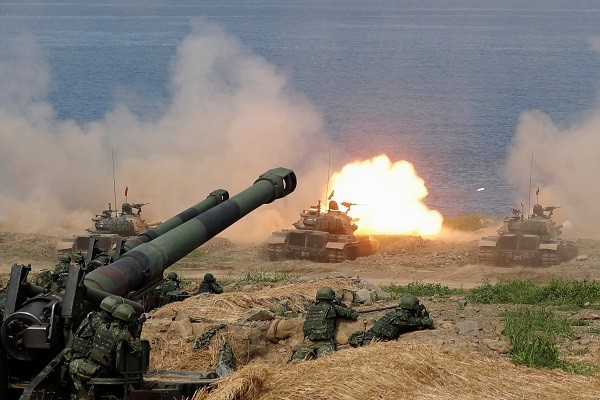 TAIPEI (Taiwan News) — U.S. Senator Rick Scott, along with Congressman Guy Reschenthaler, on Thursday (Feb. 18) reintroduced a bill that would authorize the United States to use military force if China attacks Taiwan.

On Thursday, Scott issued a statement in which he announced that he is reintroducing the Taiwan Invasion Prevention Act (TIPA) to "protect Taiwan from communist China's growing aggression." He added the act further strengthens the relationship between the U.S. and Taiwan and fortifies the country's capacity to resist the communist regime's "aggressive policies and military actions."

In the statement, Scott asserted that "It is no secret that General Secretary Xi (Jinping) is bent on world domination," and he called on the U.S. to take action and back "our peaceful and democratic ally Taiwan. Scott criticized what he described as the Biden administration's "appeasement policy toward communist China."

Scott warned that if "Biden fails to stand up to General Secretary Xi," it would have "absolutely devastating consequences" for U.S. national security and that of its allies. He then urged Democrats and Biden to "take a stand for democracy" and join him and Reschenthaler in holding China "accountable and protecting Taiwan."

Reschenthaler pointed out that China has in recent months "escalated hostilities against Taiwan," which he described as a "key security partner" of the U.S. He noted that the TIPA "empowers and strengthens" Taiwan by calling for a free trade agreement, increasing bilateral security cooperation, and authorizing the commander-in-chief to utilize military might to protect Taiwan in the event of a direct assault.

In a previous draft of the bill uploaded online, it authorizes the president of the U.S. to use force to protect Taiwan under the following three circumstances:

The following is a list of the key points of the Taiwan Invasion Prevention Act uploaded to Scott's website on Thursday: