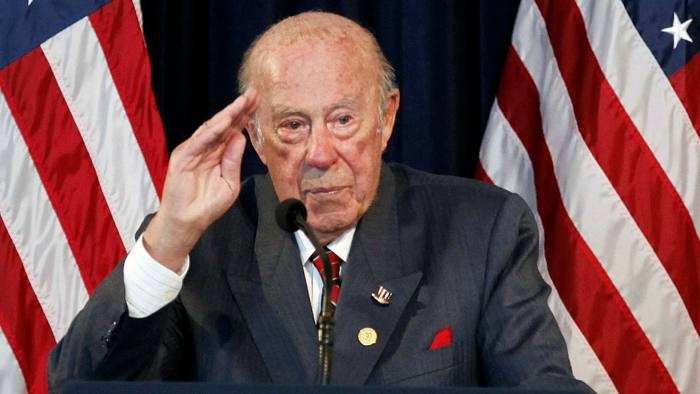 TAIPEI (Taiwan News) – As a former U.S. Foreign Service officer, I had the privilege to work with many men and women who were truly accomplished and memorable. Certainly among the very best was former Secretary of State George Shultz whom I admire the most for his policy sense, his sense of decency, as well as his leadership of the State Department.

George Shultz recently died, on Feb. 6, 2021, at his home in Stanford, California. President Joe Biden reacted to Shultz's death by saying, "He was a gentleman of honor and ideas, dedicated to public service and respectful debate, even into his 100th year on Earth.” President Biden was spot on.

President Reagan named George Shultz as Secretary of State on June 25, 1982. Following Senate confirmation, he served as the head of the State Department and as President Reagan’s key foreign policy advisor from July 16, 1982, until Jan. 20, 1989. Of the 71 U.S. secretaries of state to date, George Shultz was the ninth longest-serving secretary.

By the time he was appointed secretary of state, George Shultz had already served under Nixon in three previous Cabinet positions: Secretary of Labor (1969–1970), Director of the Office of Management and Budget (1970–1972), and Secretary of the Treasury (1972–1974). It was an unusual degree of prior top-level U.S. government experience.

More than an experienced government official, Shultz was also a U.S. Marine officer and a successful academic. After graduating from Princeton University in 1942 with a bachelor’s degree in economics, he enlisted in the U.S. Marine Corps and served in the Pacific theater during World War II, eventually attaining the rank of captain. An artillery officer, he was detached to the U.S. Army 81st Infantry Division during the Battle of Angaur, in the Palau Islands from Sept. 17 to Oct. 22, 1944.

Subsequently, Shultz attained a Ph.D. in industrial economics at the Massachusetts Institute of Technology, in 1949, and from then until 1968, he taught economics at MIT and then the University of Chicago. At Chicago he became dean of the business school where he established the first scholarship for black students at a major business school. His legacy also included the creation of an international business exchange program.

In 1974, Shultz joined the Bechtel engineering firm as executive vice president and the following year was elected president of the company. He proved to be an enormously successful business executive before returning to government service in 1982.

The reason Shultz was so widely loved by rank and file diplomatic officers is that he always treated them with respect. He understood, for example, that it was important to give more junior officers — rather than higher ranking officials — the opportunity to serve as note takers in his meetings, not only as learning opportunities but also because he recognized they often had more knowledge of the details of the issues under discussion.

The only other Secretary with whom I served who demonstrated the same concern for cultivating younger officers during my 34 years in the Foreign Service was General Colin Powell (2001-2005), a man I also greatly admire.

As the press statement on the passing of Shultz, issued by Secretary of State Antony Blinken, put it on Feb. 7, 2021: “The men and women of the foreign and civil services were devoted to him because he uplifted their work and relied on their judgment. When it came time to name the campus of the Foreign Service Institute, where America’s foreign service officers are trained, they named it for him.”

When I was the country officer for war-torn Lebanon (1983-85), it was my responsibility for many months to call our ambassador in that tragic country early every morning on a secure satellite phone to learn the very latest developments, often violent, for a memo I wrote updating the Secretary when he arrived at work.

I also usually participated in the Secretary’s meetings dealing with Lebanon, where I had already served my first tour overseas (1979-81). This was the case at one annual U.N. General Assembly (UNGA) meeting — where the U.S. focus was usually on bilateral side meetings with foreign ministers attending the UNGA — when I was asked to be the note taker during the Secretary’s meeting with Lebanon’s then Foreign Minister Elie Salem.

After I had finished writing a report on the meeting, one of the Secretary’s special assistants (at the time my girlfriend and future wife) came to tell me that U.S. U.N. Representative Jeane Kirkpatrick and her husband had dropped out of accompanying Secretary Shultz and his wife to that evening’s performance of the Broadway musical "Dream Girls" and so the Secretary had invited us instead. I will never forget that we shared the ride to the theater with the Secretary in his armored limousine.

With police car escorts we sped across Manhattan to the theater, the doors opened for us as we stepped out of the car, we were ushered to our third-row center seats, we sat down, the orchestra immediately began to play, and the curtain went up. It was a once-in-a-lifetime experience.

After the first tour of my wife and I in Beijing (1987-90), she was pregnant with our second daughter, and so when the State Department offered me a year of “senior training,” we decided to go to the Hoover Institution in Stanford where Shultz was a Distinguished Fellow. The usual alternative would have been attendance at the National War College in the D.C. area where my wife would have had to continue working almost until our daughter was born because the State Department offered no maternal, much less paternal leave.

I had just completed the first of my two three-year tours in the People’s Republic of China, where I had witnessed the Tiananmen Square protests and the massacre that followed. Subsequently, I had served as the liaison officer to dissidents Fang Lizhi and his wife Li Shuxian, who had taken refuge in our embassy, and 13 months later had accompanied them on their flight to the United Kingdom and freedom.

I, therefore, saw the Hoover Institution as an opportunity to stress the need for this public policy think tank to start focusing on the People’s Republic of China as the major geo-strategic challenge to the U.S., rather than the Soviet Union which had always been its principal concern. One step to this end I later took was inviting Dr. Fang to speak at Hoover.

As it was, Secretary Shultz was establishing at Hoover a diplomatic training program for East European diplomats after the fall of the Berlin Wall, and my wife was invited to assist. Meanwhile, Shultz was also working on his memoir "Turmoil and Triumph: My Years as Secretary of State" (1993), and I was invited to assist with the chapter on China — an opportunity I welcomed. It was a great experience.

As usual, Shultz was unfailingly kind, inviting us to Thanksgiving dinner with his family at his home on Stanford campus, and on another occasion giving us the key to his home so that we could use his pool over a weekend when he and his wife would be out of town. Secretary George Shultz (left), me, and my second daughter, Elizabeth, at the Hoover Institution. (William A. Stanton photo)

In all my years at the State Department, Secretary Shultz best embodied at the top level the right approach to China. It was a policy based on a realistic assessment of what kind of country the People’s Republic of China fundamentally was and still is.

Secretary Shultz specifically rejected the geo-strategic importance of China as the “conceptual prism through which Sino-American relations were viewed,” arguing that when that was the case, “it was almost inevitable that American policymakers became overly solicitous of Chinese interests, concerns, and sensitivities.”

In clear contrast to Henry Kissinger and Al Haig (both of whom after leaving government, unfortunately mixed their policy views on China with their financial interests), Secretary Shultz advised that "it would be a mistake to place too much emphasis on a relationship for its own sake.” Instead, he said, “A good relationship should emerge from the ability to solve substantive problems of interest to both countries.”

In his memoirs, Shultz also wrote that both President Reagan and he “viewed China as a giant crippled by its own ideology. So long as China pursued that ideology, there would necessarily be restraints on the kind of relationship it could have with the United States.

"There would always be a gap between what we expected from one another and what we would be willing to deliver. We would continue to do what we could to maintain and, whenever possible, improve relations, but we would not abandon our fundamental values or principles in dealing with the Chinese.”

A wise and good man, Secretary Shultz offered enlightened policy guidance and is still worthy of our attention.

William A. Stanton is vice president of National Yang-Ming University. He previously served from August 2017 to July 2019 as a professor at the Center for General Education at National Taiwan University. Dr. Stanton previously worked for four years as the George K.C. Yeh Distinguished Chair Professor and founding director of the Center for Asia Policy at National Tsing Hua University (NTHU). From October 2014 through January 2016, he was also NTHU’s senior vice president for Global Affairs. Dr. Stanton previously served for 34 years as a U.S. diplomat. His final posting was as director of the American Institute in Taiwan (2009-2012).
George ShultzWilliam StantonSecretary of StateHenry KissingerAI HaigChina policy
Tweet 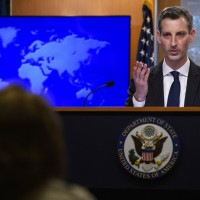 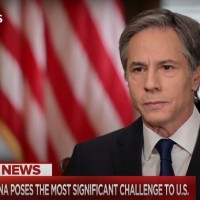