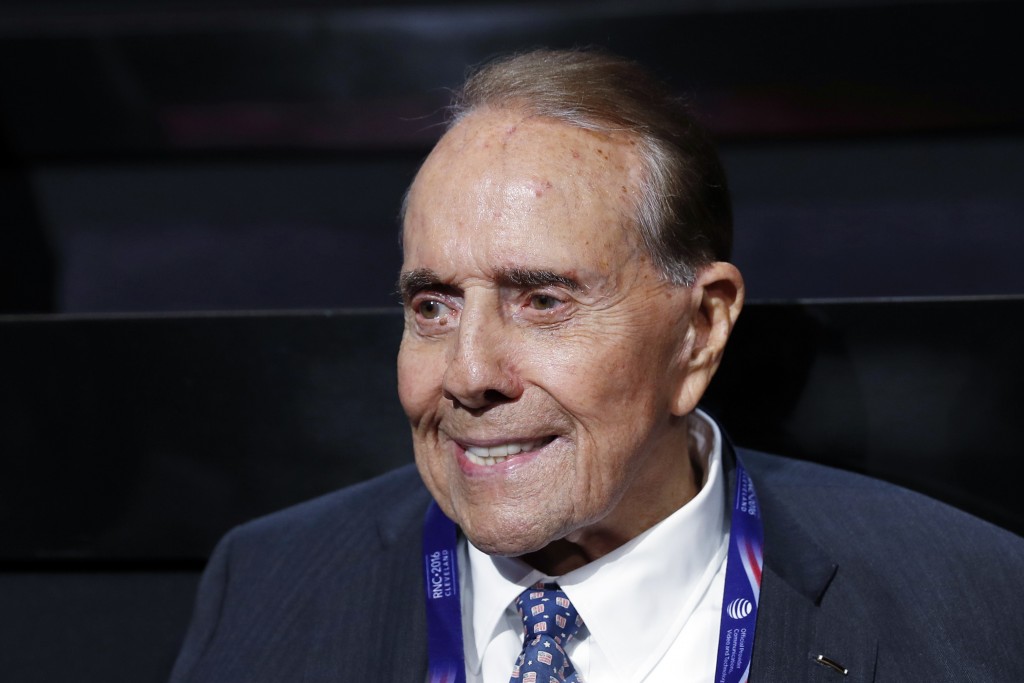 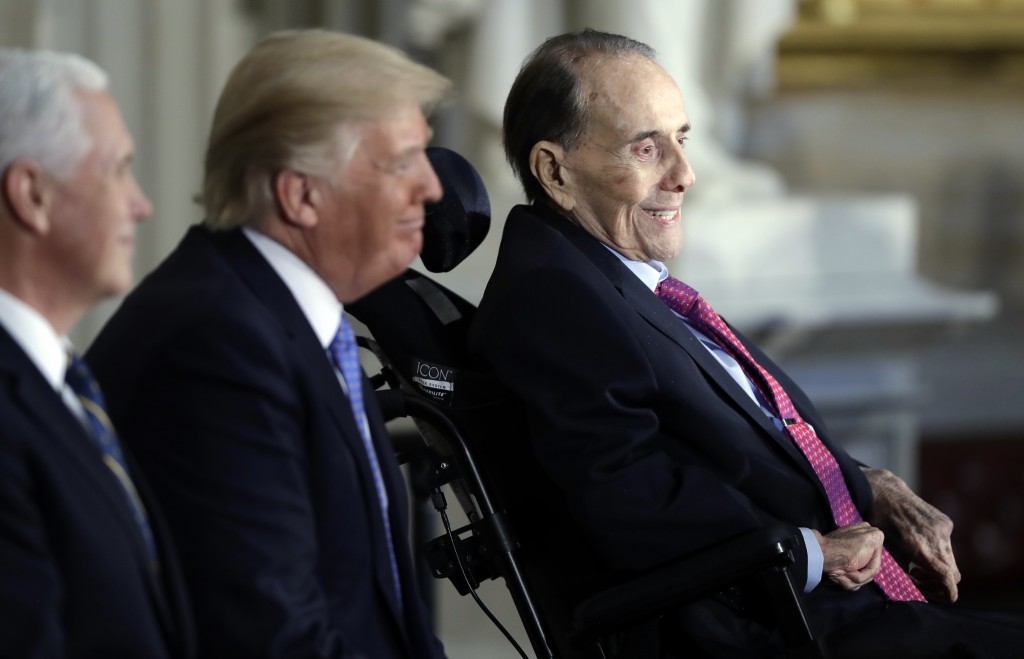 TOPEKA, Kan. (AP) — Bob Dole, a former longtime senator and the 1996 Republican presidential nominee, announced Thursday that he has been diagnosed with stage 4 lung cancer.

Dole, 97, said in a short statement that he was diagnosed recently and would begin treatment on Monday.

“While I certainly have some hurdles ahead, I also know that I join millions of Americans who face significant health challenges of their own,” Dole said.

Dole, a native of Russell, Kansas, represented the state in Congress for almost 36 years before resigning from the Senate in 1996 to challenge Democratic President Bill Clinton. Dole had unsuccessfully sought the GOP nomination in 1980 and 1988, and he was President Gerald Ford's vice presidential running mate in 1976, when Ford lost to Democrat Jimmy Carter.

After his last run for office in 1996, Dole continued to be involved in Republican politics, offering endorsements and commenting on public issues. He was known during his congressional career for both a sharp tongue and his skills in making legislative deals.

Dole was a driving force behind the World War II Memorial on the National Mall, speaking poignantly at its 2004 dedication before tens of thousands of fellow veterans in their 80s and 90s, calling it “our final reunion.”

He served with Clinton following the Sept. 11, 2001, terrorist attacks as co-chairman of a scholarship fund for the families of the victims. He was awarded a Congressional Gold Medal in 2018 and the Presidential Medal of Freedom in 1997 for his public service.

Dole overcame disabling war wounds sustained near the end of World War II to forge his lengthy political career. Charging a German position in northern Italy in 1945, Dole was hit by a shell fragment that crushed two vertebrae and paralyzed his arms and legs. The young Army platoon leader spent three years recovering in a hospital but never regained use of his right hand.

Dole left the Army as a captain, but Congress in 2019 approved a promotion for him to colonel. He also received two Purple Hearts and two Bronze Stars for his military service.

A lawyer, Dole served in the Kansas House and as Russell County attorney before being elected to the U.S. House in 1960. He won a Senate seat in 1968 and became Senate majority leader after the 1984 elections. He led Republicans when they were in the minority for eight years, from 1987 to 1995, and then again as majority leader starting in 1995.