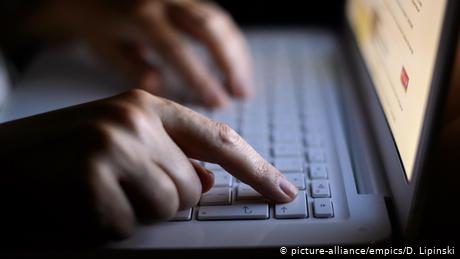 Since the national security law came into effect in Hong Kong last June, different aspects of the territory's civil society have come under attack — including, recently, internet freedom. ­­

In January, Hong Kong's internet service provider confirmed that they had blocked access to a pro-democracy website that documented incidents that took place during the 2019 pro-democracy protests. The move marked the first time that Hong Kong internet providers complied with government demands to block websites in the territory.

On February 13, users in Hong Kong reported on social media that the website of Taiwan's Transitional Justice Commission, an independent government agency, had also become inaccessible within Hong Kong. Local media confirmed that the website was only accessible through virtual private networks.

Experts say that the blocks are another example of the effect of the law, which bans secession, subversion, terrorism and collusionn with foreign forces, on Hong Kong's internet freedom.

Lokman Tsui, an assistant professor at the School of Journalism and Communication at the Chinese University of Hong Kong, said the cases show that Hong Kong police have no problem using the law to block websites containing content deemed problematic by authorities.

"Since the government and the police are broadly interpreting what constitutes national security issues, we can expect more websites to be blocked in the future," Tsui told DW.

Glacier Kwong, a digital rights activist from Hong Kong, said the latest incidents prove that the government has shifted the focus of its crackdown to the internet, as it has become a powerful tool for citizens to organize and facilitate protests over the last few years.

"A lesson I learned from this is that we can't take the freedom that we used to have for granted, and this is a clear sign that internet censorship is happening in Hong Kong,” Kwong told DW.

According to police figures, at least 97 people have been arrested for violating the security law since its implementation.

Critics see the law as an attempt by Beijing to gain full control over Hong Kong following the months-long mass anti-government protests in 2019, which saw the government shelve an extradition bill with China.

Despite the bleak future that internet users in Hong Kong might face, both Kwong and Tsui believe citizens are working creatively around the crackdown. For example, Kwong said, some are using blockchain technology to document what has taken place in Hong Kong over the last 18 months.

"Since people worry that the government might create new narratives to cover up the truth, they try to use blockchain technology to keep the records, which can ensure that they won't get deleted online," she said.

However, Tsui believes that the technology isn't enough to save internet freedom in Hong Kong. "We can look at China as a predictor of the future. This is a social issue rather than a pure technical issue. Blockchain technology is not going to change that," Tsui told DW.

Because the internet is part of Hong Kong's social structure, it is only a matter of time before the government shifts its focus to online activity, he said.

"The internet is a bit more resilient against government interference, but examples from other countries, including China, show that it is still vulnerable."

In addition to the loss of the free flow of information, the recent attacks on internet freedom are also forcing internet users in Hong Kong to think twice before posting any content online, Tsui said.

"The Hong Kong government doesn't have to do a lot since people are already self-censoring," Tsui told DW.

"People are starting to exercise self-censorship when they talk about things, and I think this is the ultimate effect that the Hong Kong government wants to achieve. Hong Kong is clearly no longer the city that I grew up in," said Kwong.

"Hong Kong is a city built on freedom and people are coming here for that," Tsui said. "I don't know what this means for Hong Kong but so far it doesn't look like it's going to be good."