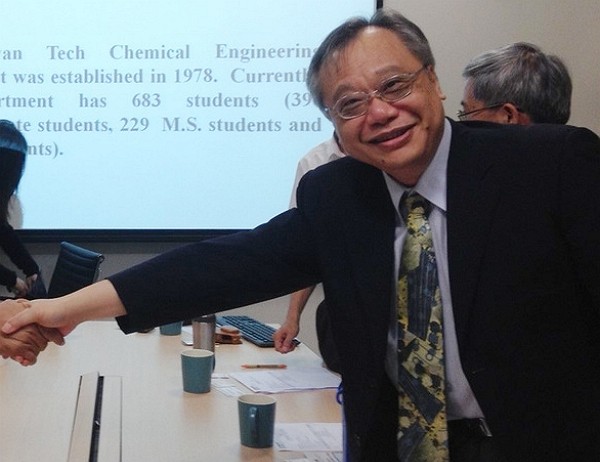 TAIPEI (Taiwan News) — A National Taiwan University (NTU) professor has been found to be leading research programs sponsored by the Chinese government without approval from Taiwan's Ministry of Education (MOE).

In a statement released on Thursday (Feb. 18), the MOE said Lee Duu-jong (李篤中), a chemical engineering professor at NTU, had applied for research grants from the National Natural Science Foundation of China through the Harbin Institute of Technology since 2009. It pointed out that he had taken on the lead role in three Chinese research programs without notifying the Taiwanese authorities.

The MOE said Lee had violated the Act Governing Relations Between the People of the Taiwan Area and the Mainland Area (台灣地區與大陸地區人民關係條例), which prohibits academics employed by Taiwanese public universities from accepting positions at Chinese universities or participating in Chinese research programs without approval. As a result, Lee was fined NT$300,000 (US$10,733) on Thursday.

Last September, a report by Taiwanese news site Mirror Media suggested that Lee had been a member of China's Changjiang Scholars' Program in 2006 and the Thousand Talents Program in 2017. At the time, Lee issued a statement denying his involvement in the Beijing-run programs and insisted that all his research collaborations in China were in line with MOE regulations.