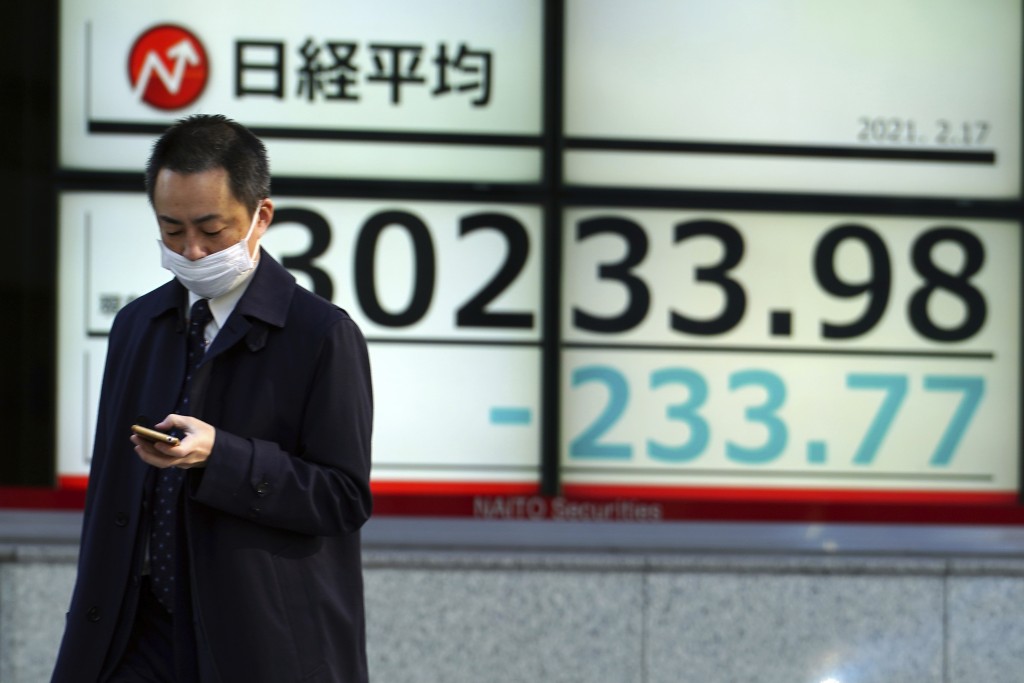 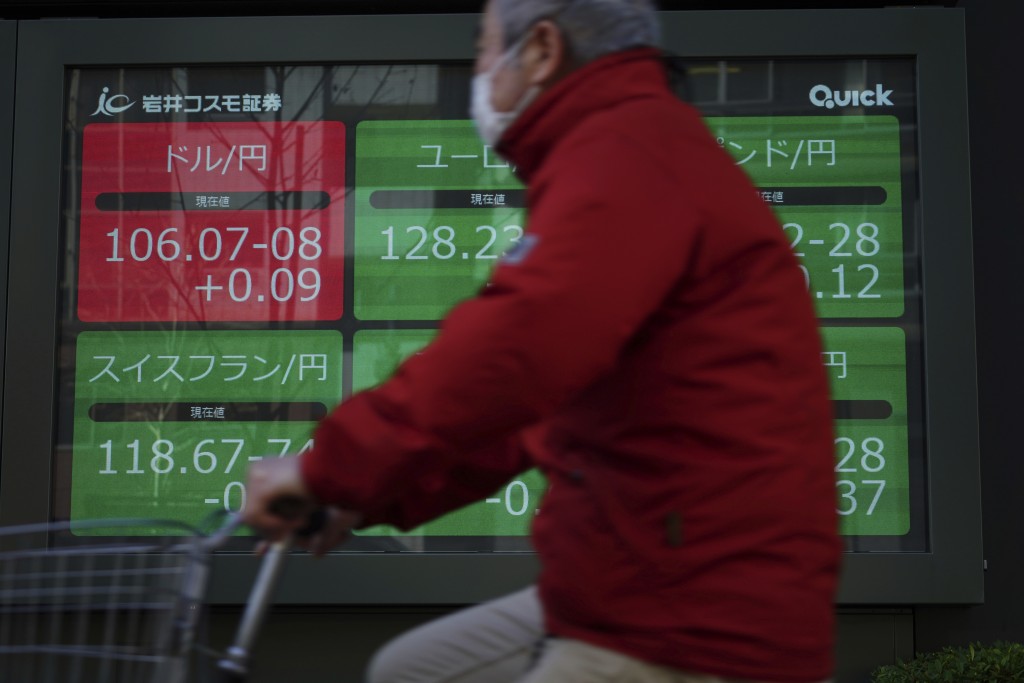 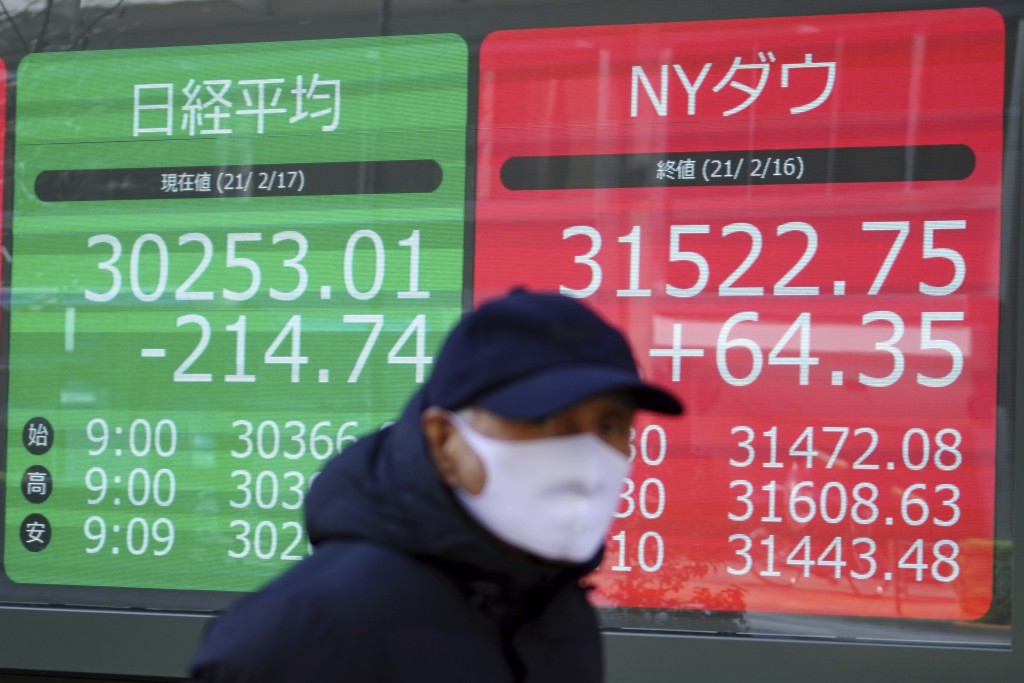 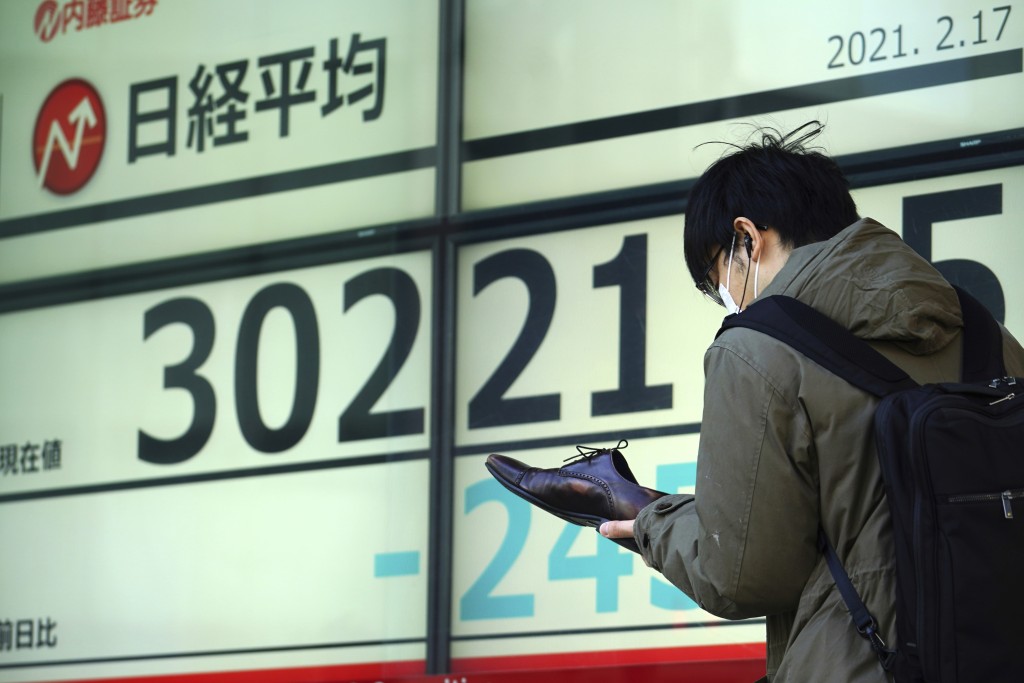 TOKYO (AP) — Asian shares were mostly lower Wednesday as investors sold to lock in profits from the recent rally driven by hopes economies will gradually return to a pre-pandemic normal.

Hopes are high for a recovery for Japan, coming in the latter part of this year, especially if the Tokyo Olympics are held as scheduled in July, although the growth pace will slow next year and the year after that, Yoshimasa Maruyama, senior economist for SMBC Nikko Securities, said in a report.

The vaccine rollout in Japan and a recovery of exports as overseas economies rebound will prove key for the Japanese economy, he said.

Shares of Toyota Motor Corp. slipped after Japan's top automaker said 14 assembly lines at nine of its plants in Japan were being halted for up to four days, starting Wednesday, because of the effects of the recent earthquake that shook northeastern Japan.

The automaker did not give details but said the stoppage was caused by a shortage of auto parts. Thousands of parts go into a vehicle. Toyota has 15 plants in Japan. The affected lines make, among other vehicles, Lexus models, the Prius hybrid and the RAV4 sport utility vehicle.

On Wall Street, indexes closed mostly lower Tuesday as losses in health care and technology companies kept gains in energy and other sectors of the market in check.

Rising bond yields, a sign of confidence in the economic outlook and expectations of rising inflation, are weighing on sentiment, analysts said.

The yield on the 10-year Treasury rose to 1.30% from 1.29% late Tuesday, the highest level in a year. Bank stocks make broad gains on higher yields, which allow them to charge more lucrative interest rates on loans. But utilities and real estate stocks, bond proxies that can look less attractive when bond yields rise, were among the biggest decliners.

“A continued improvement in economic conditions is expected to be one to mitigate some of the negative effects that rising bond yields may have for equities and the likes of January retail sales and industrial production remains ones to watch in the session ahead,” Jingyi Pan of IG said in a commentary.

Optimism that Washington will come through on trillions of dollars of more aid for the economy and encouraging company earnings reports have helped stocks grind higher this month, along with hopes that the coronavirus vaccine rollout will set the stage for stronger economic growth in the second half of this year.

With the second impeachment trial over, investors believe U.S. Congress can now make progress toward passing President Joe Biden’s $1.9 trillion stimulus plan. The package would include one-time payments to Americans plus additional assistance to industries, states and jurisdictions impacted by the pandemic.

Vaccine distribution is improving in the U.S., and, separately, new case counts are decreasing. That’s injecting more confidence into the prospects for a recovery while a new round of stimulus could help give people and businesses more money and improve consumer spending.

A healthier U.S. economy is a big plus for Asia's export-reliant economies.

In energy trading, benchmark U.S. crude rose 14 cents to $60.19 per barrel in electronic trading on the New York Mercantile Exchange. It gained 58 cents to $60.05 per barrel on Tuesday. Brent crude, the international standard, added 22 cents to $63.57 a barrel.