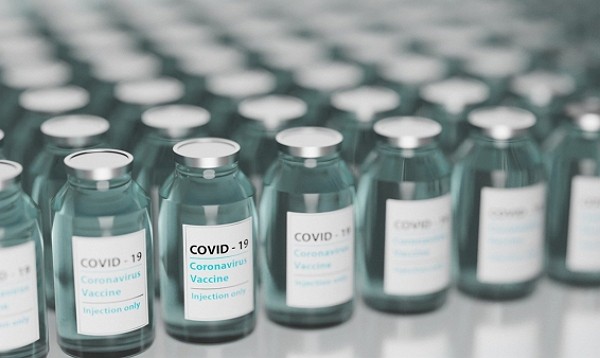 Last December, Chen announced that Taiwan had secured around 20 million doses of coronavirus vaccines, including 4.76 million doses through the COVAX global initiative, 10 million doses of the Oxford/AstraZeneca vaccine, and five million doses from "a certain foreign company." At the time, Chen would not name the manufacturer but promised to give more details once the deal was finalized.

During a radio interview with Hit FM host Clara Chou (周玉蔻) on Wednesday, Chen confirmed that the unnamed "foreign company" was BioNTech. He said the German vaccine developer had reached an agreement with the Taiwanese government for five million doses of its coronavirus vaccine. However, as both sides were getting ready to sign the contract, BioNTech suddenly backed out of the deal.

Chen remarked that the Taiwanese officials had been surprised by the last-minute cancellation since each side had finished reviewing the other's press release. He believes political factors played a part in BioNTech's change of heart, hinting that the company's Chinese partner, Shanghai Fosun Pharmaceutical (上海復星醫藥), had voiced opposition to the deal.

Although he suspects the Chinese pharmaceutical company was behind the cancellation, Chen said he cannot know for certain. BioNTech had in its explanation cited "challenges about the global distribution of coronavirus vaccine" and "internal disagreements among company leaders," he added.

In January, Taiwan's Economics Minister Wang Mei-hua (王美花) appealed to Germany for assistance obtaining the coronavirus vaccine. When asked whether it would supply the jab to the East Asian nation, BioNTech refused to comment, according to Reuters.