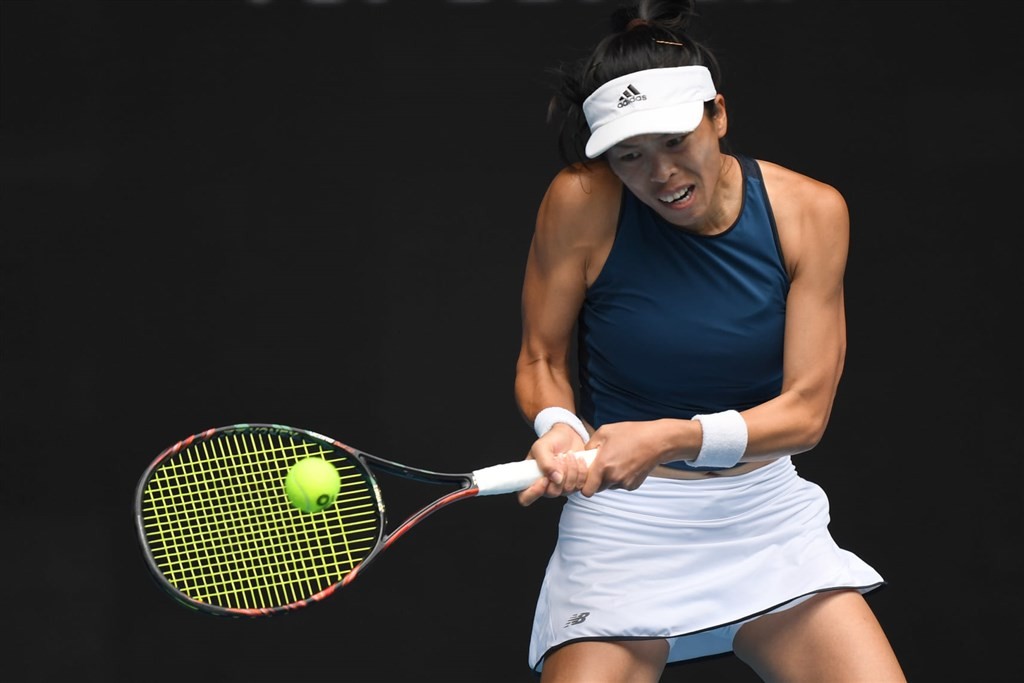 Taiwanese tennis player Hsieh Su-wei's (謝淑薇) historic run at the Australian Open came to an end when she was beaten in straight sets by 2019 champion Naomi Osaka in Melbourne Tuesday.

Hsieh is the first female player from Taiwan to reach a women's singles quarter-final at a grand slam event.

However, the Taiwanese player was overpowered by world No. 3 Osaka, who recorded her 12th consecutive win in grand slam tournaments as she won the match 6-2, 6-2.

The defeat also marked the end of Hsieh's campaign in the event, where she competed in both the women's singles and doubles.

On Saturday, Hsieh and her Czech partner Barbora Strycova, the world No. 1 pairing in the women's doubles, suffered a shock defeat in their second-round match against Darija Jurak of Croatia and Nina Stojanovic of Serbia.

You could excuse Hsieh Su-wei for feeling down, however her incredible positivity never wavers ❤️#AusOpen | #AO2021 pic.twitter.com/29Gaoc6oDw