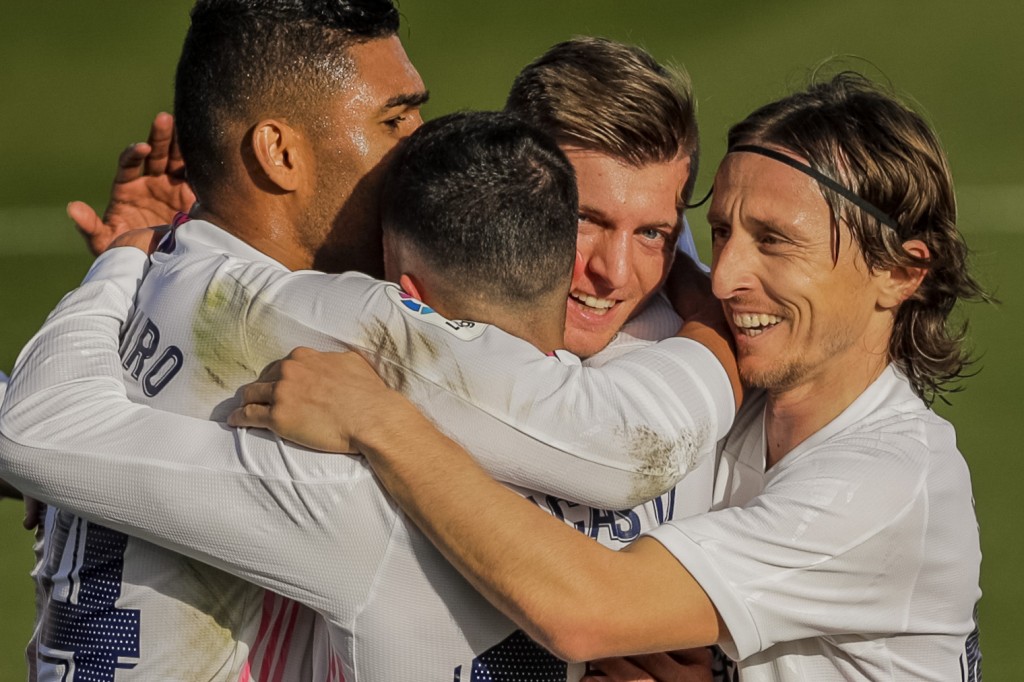 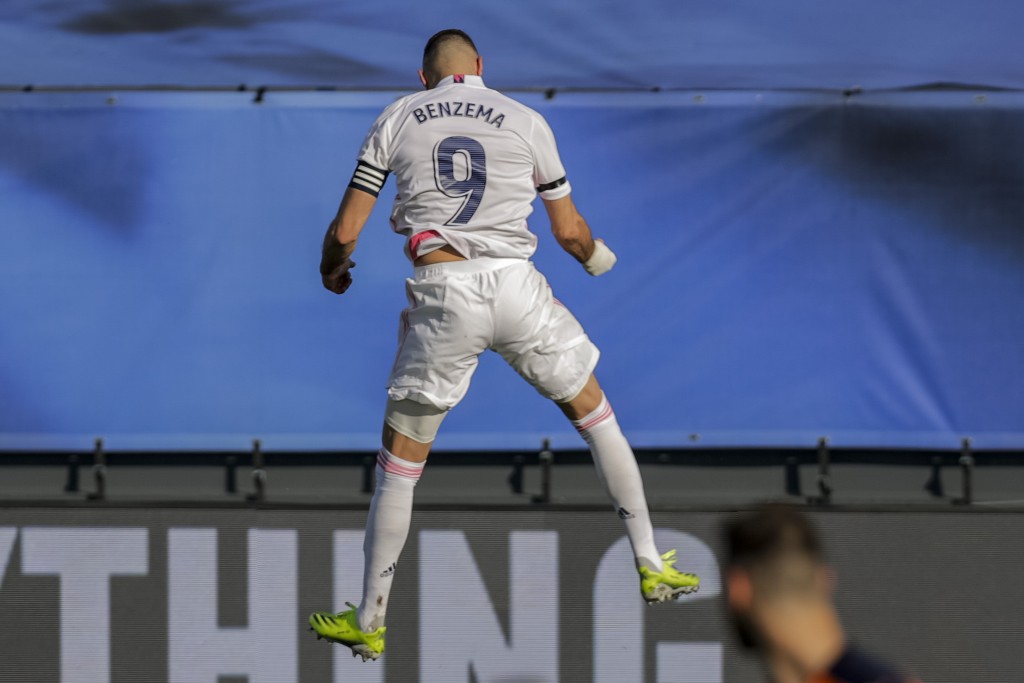 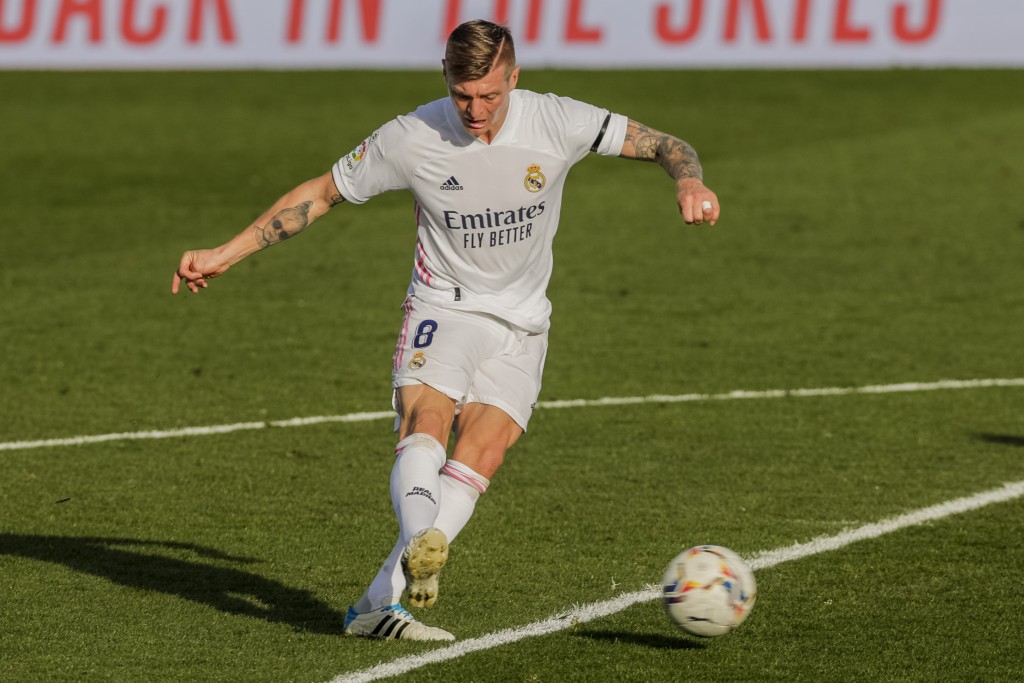 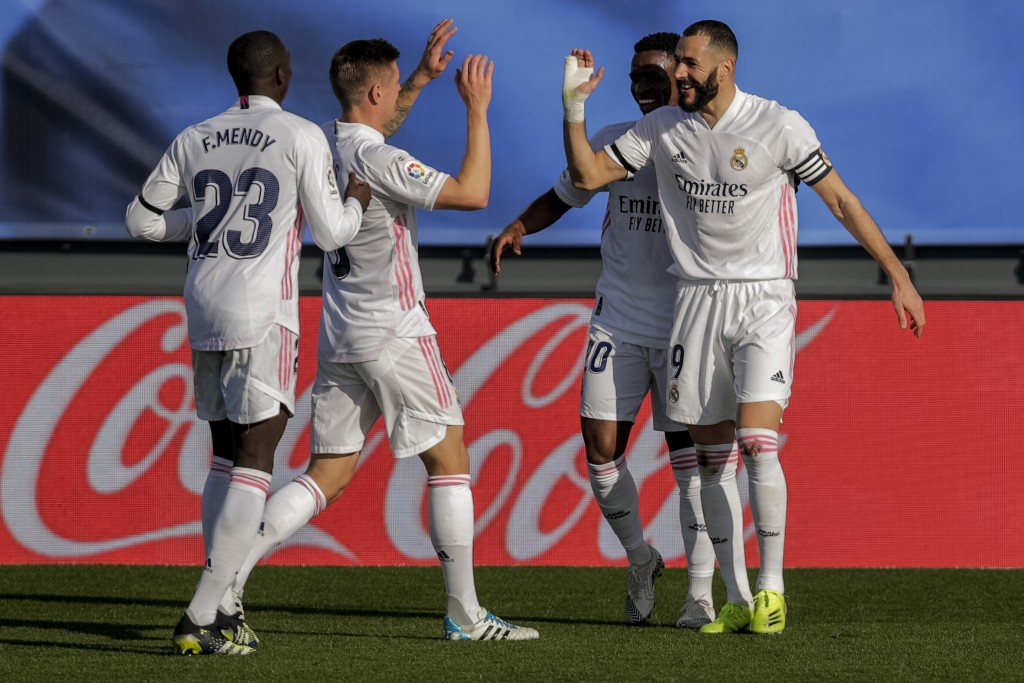 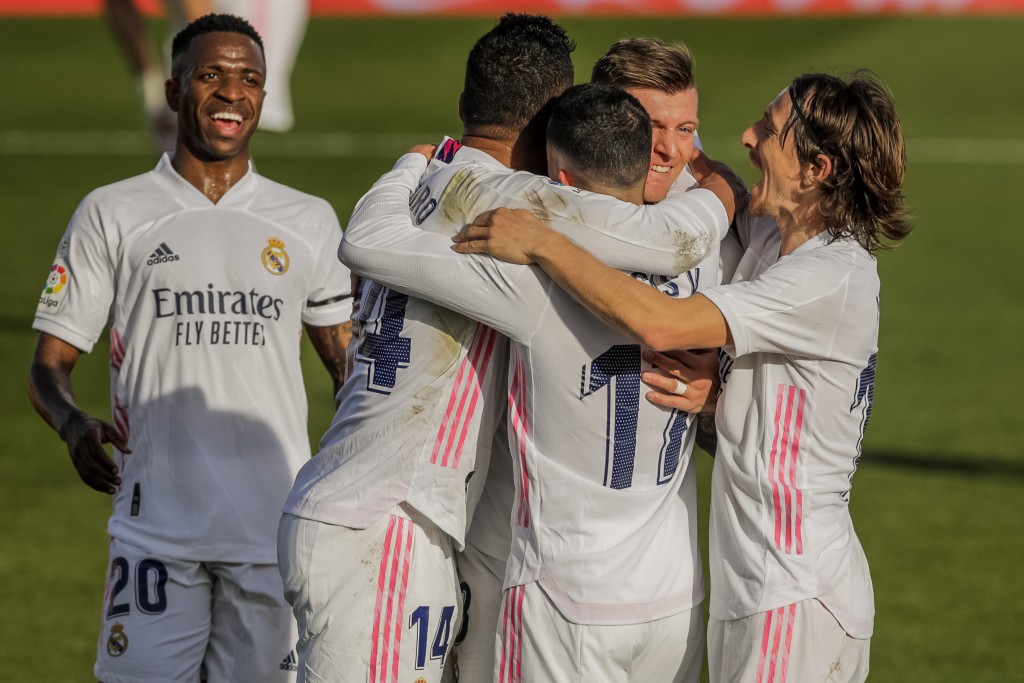 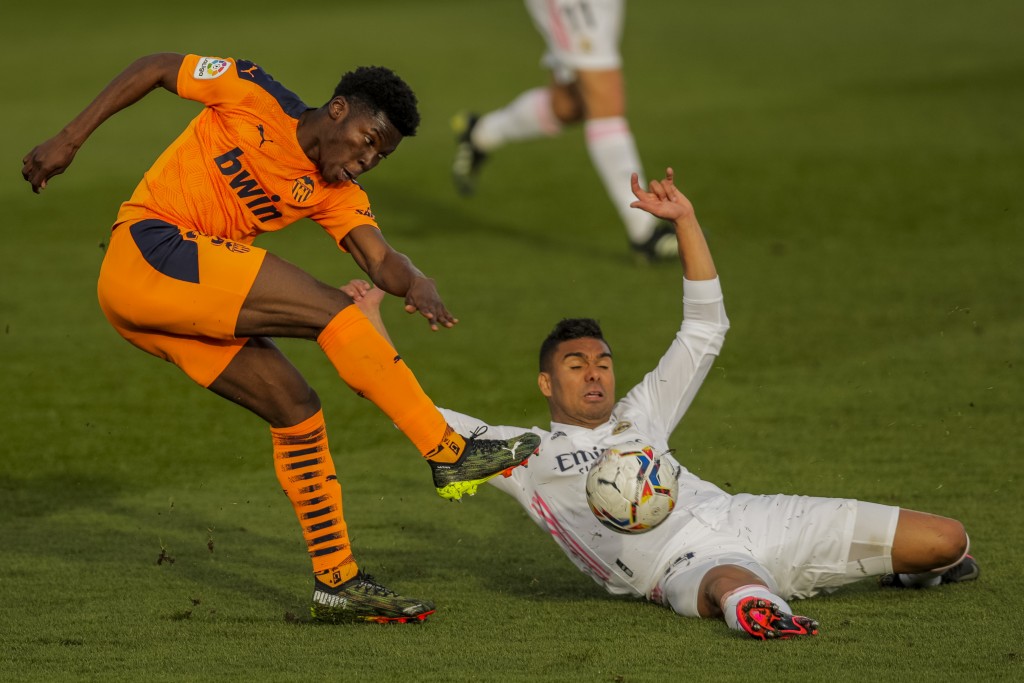 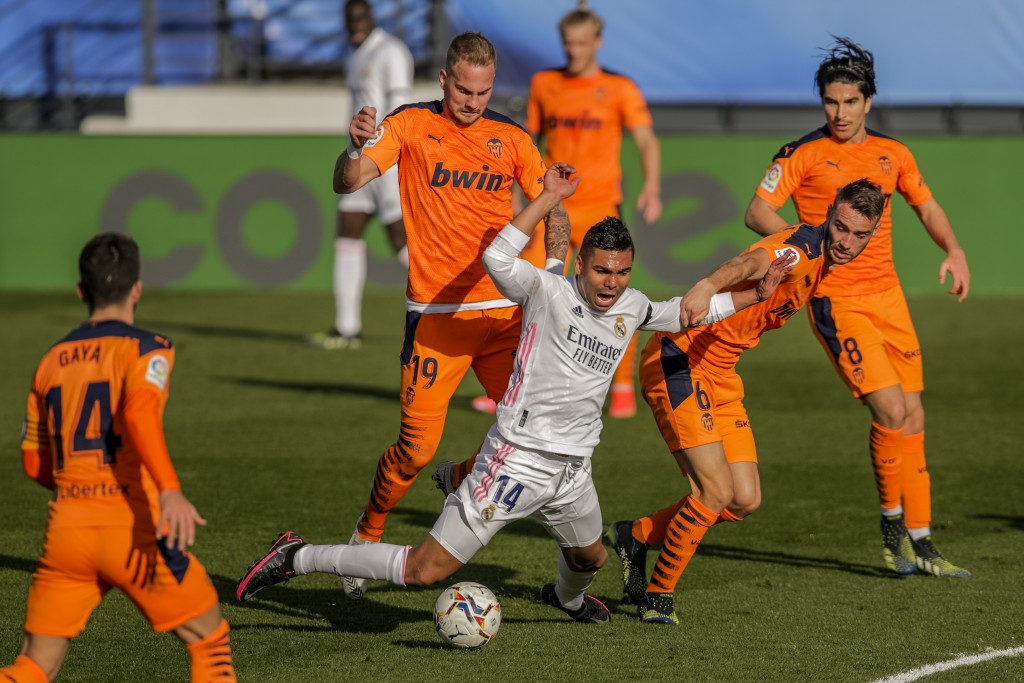 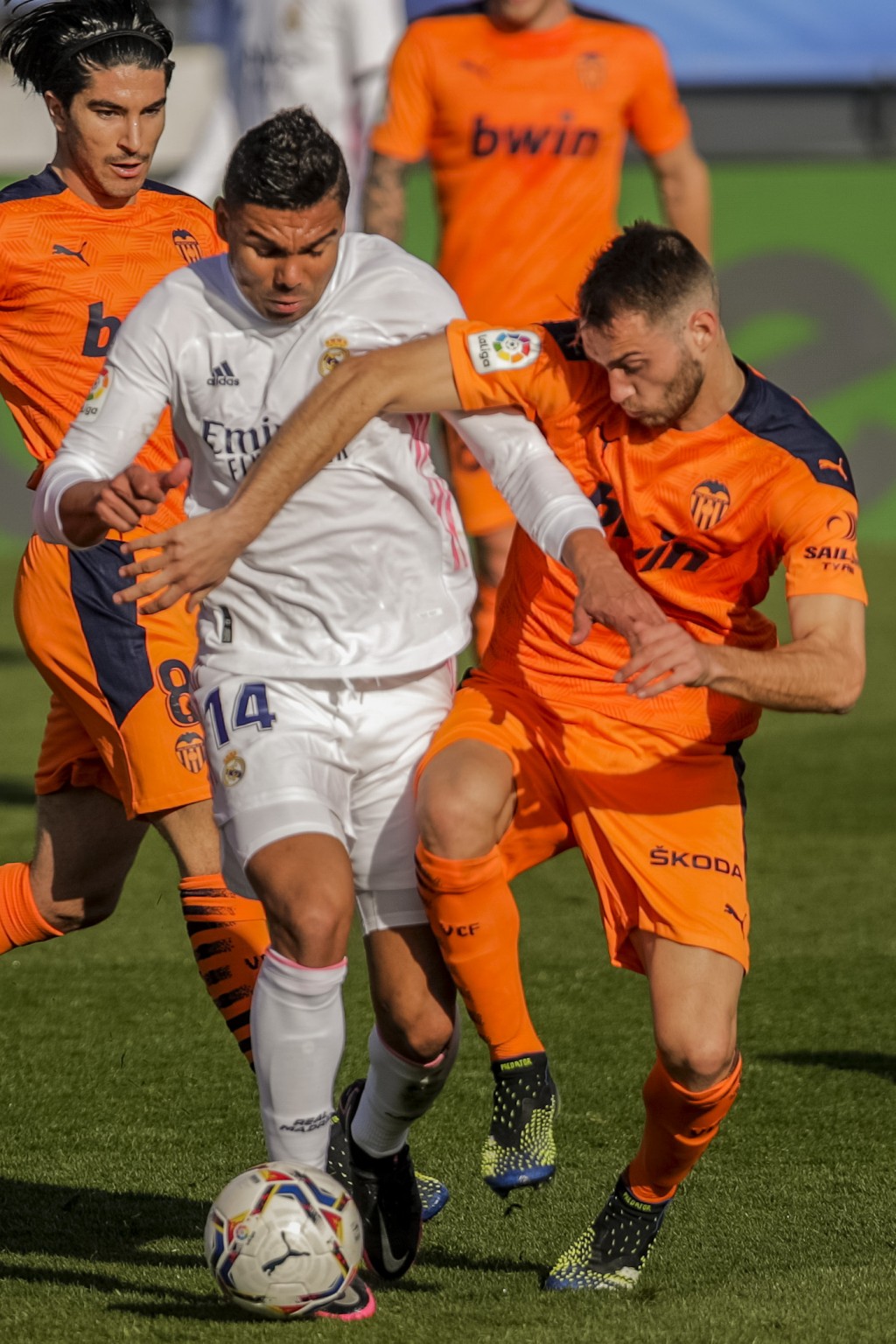 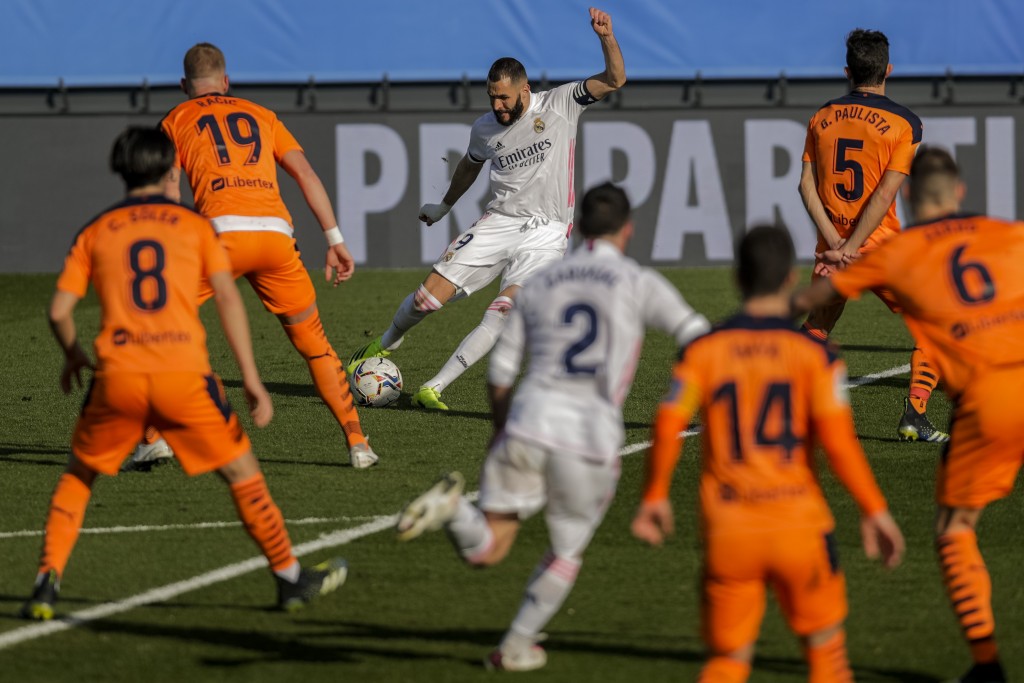 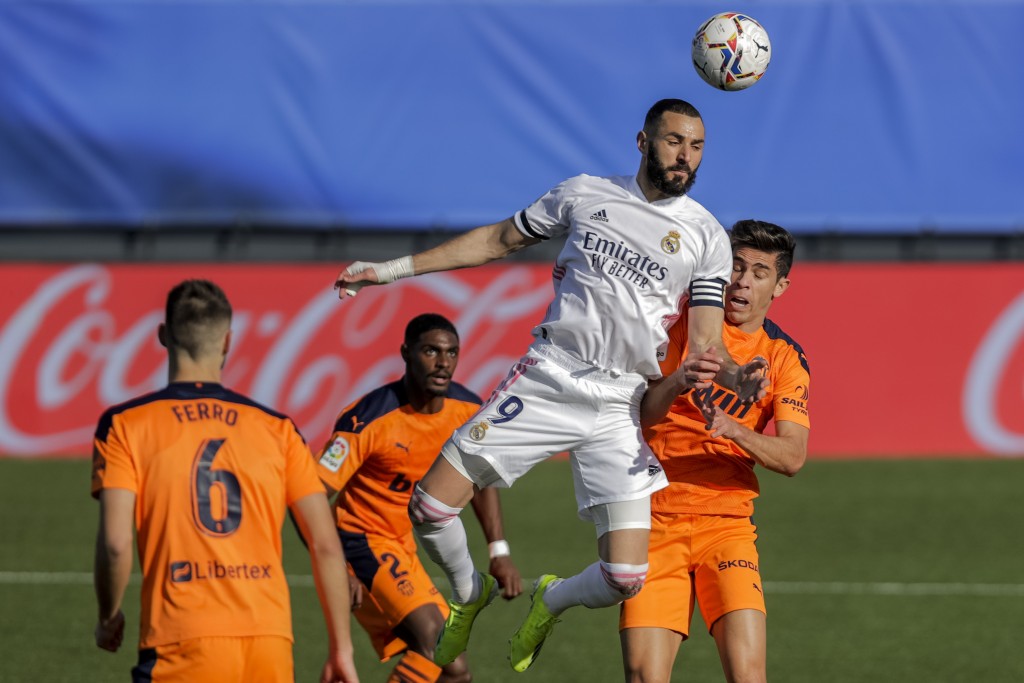 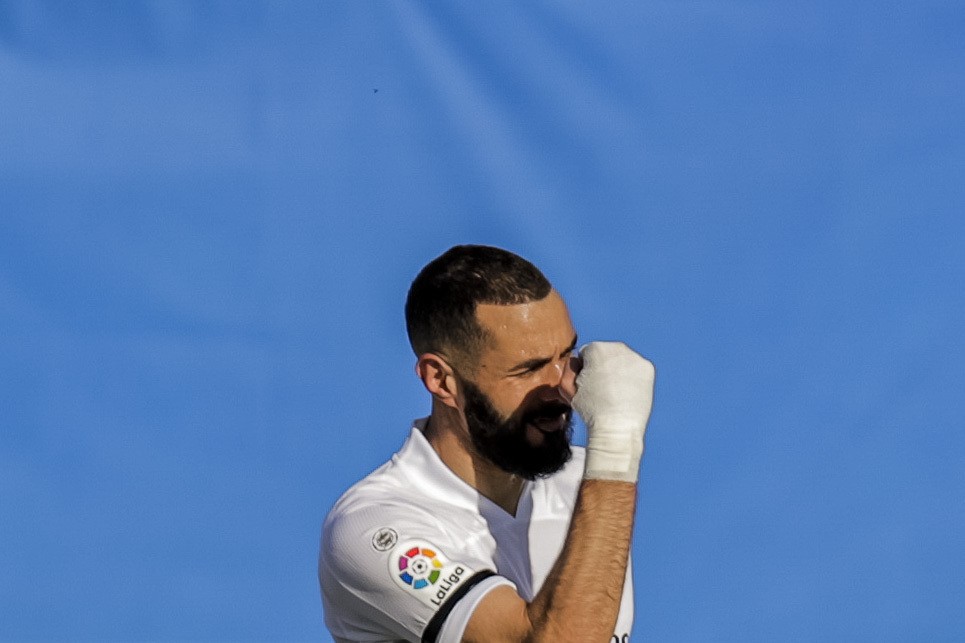 The victory against Valencia moved Madrid three points in front of third-place Barcelona, which routed Alavés 5-1 at home on Saturday. The Catalan club has played one less game than Madrid.

Madrid’s recent good run —- with four wins in five matches —- comes after it won only two of its previous seven games in all competitions.

Valencia has won only two of its last 14 league matches and sits 12th in the standings, three points from the relegation zone. It had handed Madrid its worst loss of the season in November, winning 4-1 at Mestalla Stadium.

The result extended Madrid’s unbeaten streak against Valencia at home to 13 league matches, since a 3-2 defeat in 2008.

Benzema put Madrid ahead in the 12th minute with a low shot from outside the area after a pass from Kroos, who added to the lead in the 42nd with a strike from inside the box after a setup by Lucas Vázquez.

Vázquez had come on in the 28th to replace right back Dani Carvajal, who left injured in what had been his return to action after being sidelined for seven matches.

Other Madrid players who couldn't play on Sunday because of injuries included captain Sergio Ramos.

Ferland Mendy, who scored in Madrid's league win against Getafe on Tuesday, had a goal disallowed for offside in the 61st.

Alexander Isak scored a 30th-minute winner as Real Sociedad won 1-0 at Getafe to move past Villarreal into fifth place.

Sociedad has won two in a row and is unbeaten in four league matches.

Getafe, sitting in 13th place, has lost three straight and is winless in five matches, with four losses and a draw while being outscored 11-1.