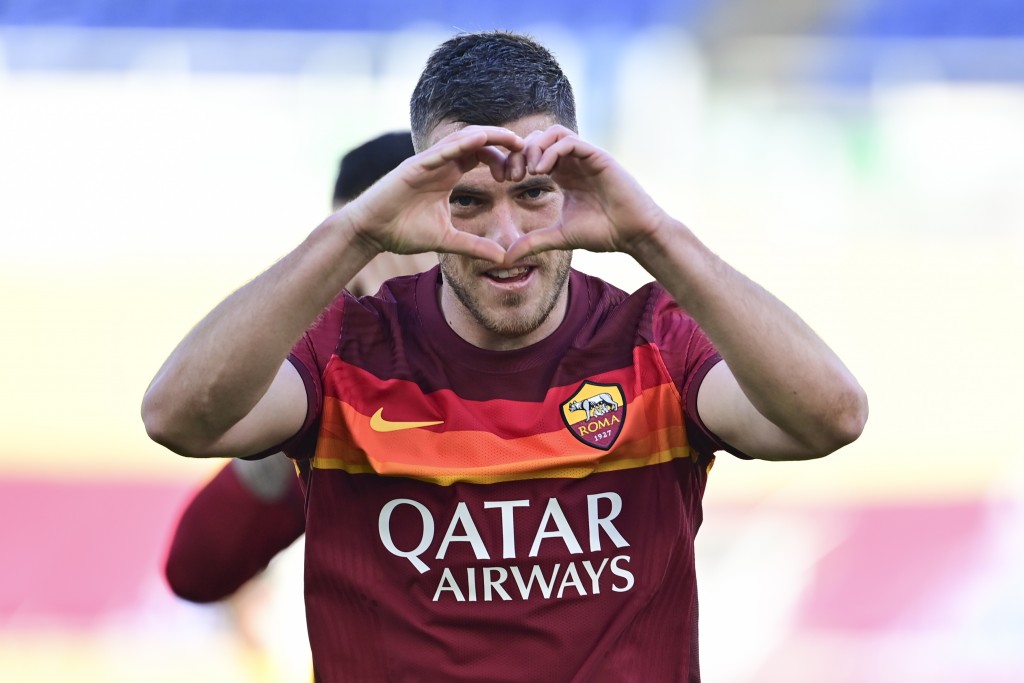 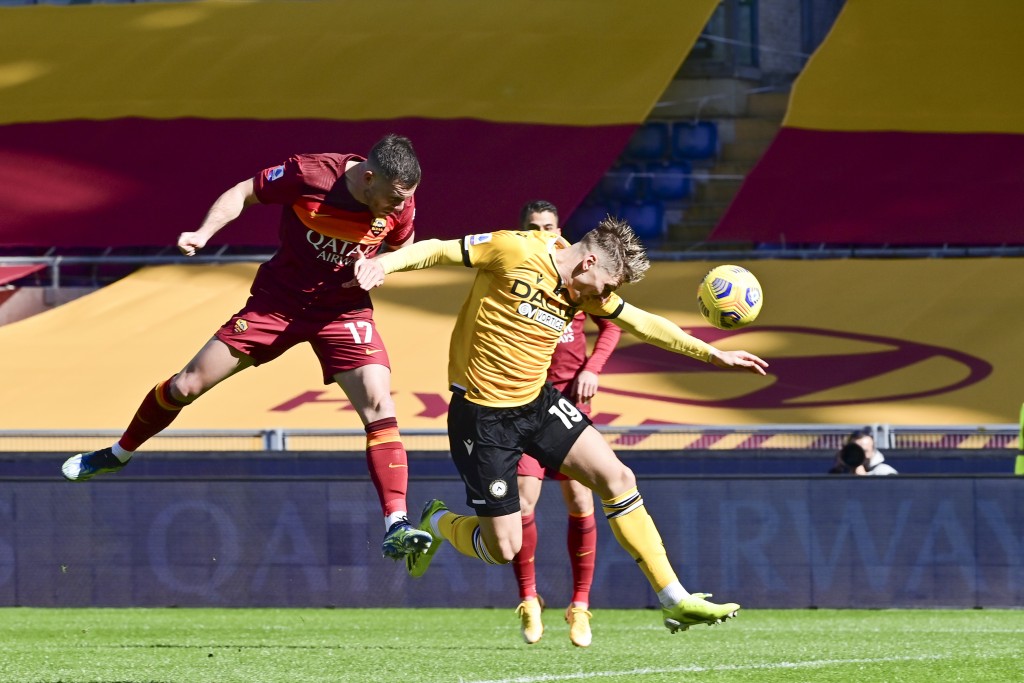 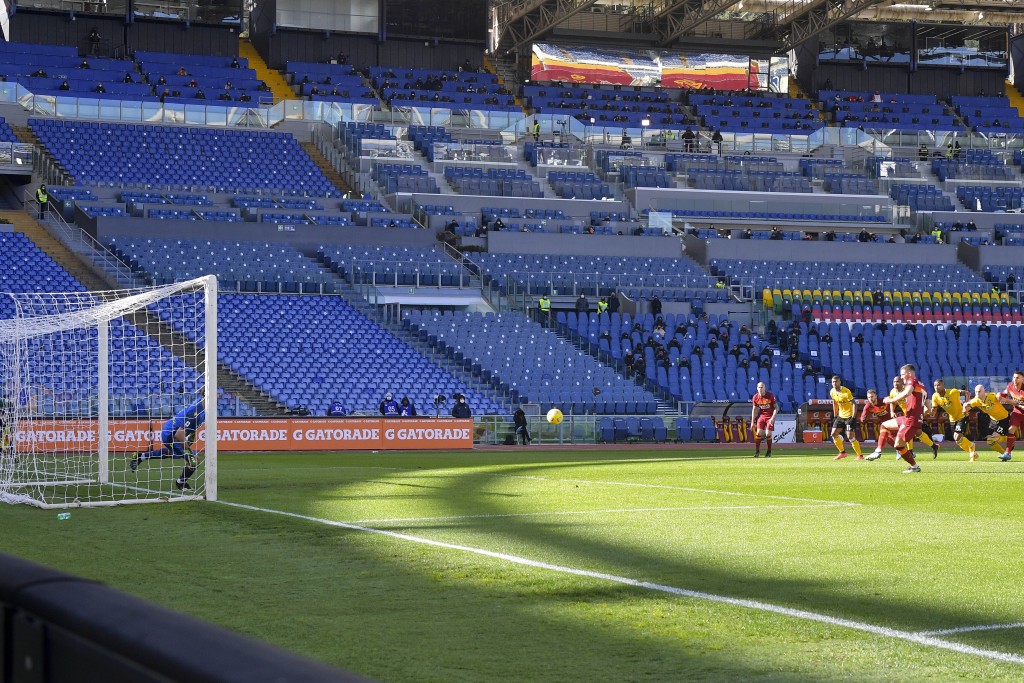 MILAN (AP) — Jordan Veretout scored twice to help Roma beat Udinese 3-0 in Serie A and move into third in the standings on Sunday.

Roma leapfrogged nine-time defending champion Juventus and is six points behind leader AC Milan, which surprisingly lost 2-0 at Spezia on Saturday. Inter Milan can move to the top of Serie A later but it faces an in-form Lazio side that is looking for a seventh successive win.

Lazio would move back level on points with Roma with a victory.

Udinese came into the match on the back of three successive clean sheets but it took Roma just five minutes to end that streak when Veretout headed home Gianluca Mancini’s cross from the right.

Veretout thought he had also added an assist to his name shortly after, when he set up Lorenzo Pellegrini, but the goal was disallowed for a Mkhitaryan foul in the buildup.

Udinese had several chances to reduce the deficit in the second half, notably when home goalkeeper Pau López did brilliantly to fingertip the ball away from Gerard Deulofeu, who had been sent clear on goal following a horrendous mistake by Roma midfielder Bryan Cristante.

Pedro added a third for Roma in stoppage time with a delightful strike into the top right corner after he was set up by fellow substitute Edin Džeko.