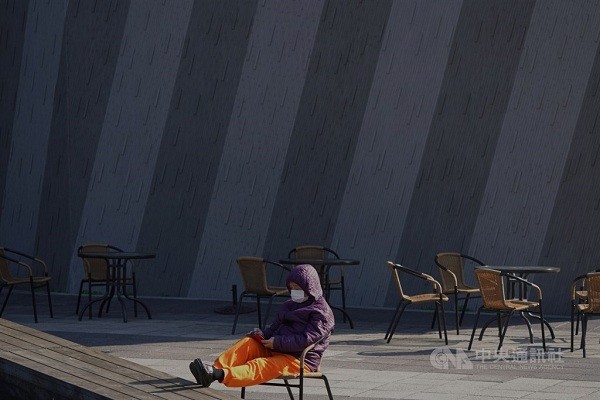 TAIPEI (Taiwan News) — Meteorologist Daniel Wu (吳德榮) forecast today (Feb. 14) that the moisture from the northeasterly winds will decrease slightly in the daytime, with only the north coast, the eastern side of the Greater Taipei area, and the east of the country having a chance of short, isolated rains.

Cloudy conditions are forecast for the northwestern part of the country, while mostly sunny weather is forecast for central and southern regions. Temperatures will feel slightly cool in the north but comfortable elsewhere, according to the meteorologist.

From tonight until Tuesday, the moisture will continue to decrease, with only the east having a chance of intermittent rains. Partly sunny weather is expected for the north during this period, while mostly sunny and comfortable temperatures are forecast for central and southern regions.

However, the leading edge of a strong cold air mass will arrive on Tuesday night, bringing occasional rains to the north and the east, the meteorologist said.

He added that on Wednesday, the first day of work after the Lunar New Year holiday, the strong cold air mass will continue to move south, causing the mercury to plummet and bringing sporadic rain to the north and the east.

From Wednesday night, the wet cold will turn to dry cold, and rains will begin to stop in the north.

From Thursday to Saturday, the dry cold air mass will cover Taiwan, possibly driving temperatures to below 10 degrees Celsius during the night for flat areas, Wu added. He warned people to watch out for drastic temperature changes.