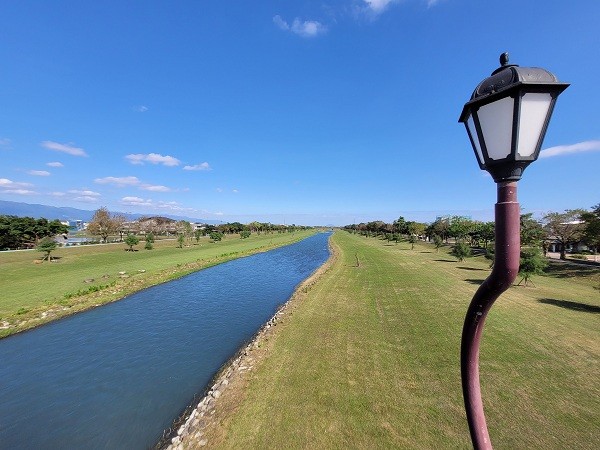 TAIPEI (Taiwan News) — A 13.5-kilometer bikeway that meanders along the banks of the Annong River in both Sanxiang and Dongshan townships, Yilan County, provides a safe and relaxing environment for exercise and riverside scenery.

The Annong River is fed by water from the Lanyang Power Plant, which uses water from the Lanyang River to generate power, CNA quoted the Water Resources Agency’s 1st River Management Office as saying on Thursday (Feb. 11). The main river is 17.2 km in length and provides irrigation water for farms over 5,800 hectares, growing high-quality agricultural produce such as green onions, tangerines, tea, pears, rice, and dragon fruit.

The office added that Sanxiang and Dongshan townships used to fight for the irrigation water essential to their farms along the river. In 1988, the authorities completed construction of a weir to divide the river into two courses and distribute the water more evenly to the two townships — thereby settling their water conflict.

There is now a walkway across the weir between the two swiftly flowing waterways. It can be quite hair-raising to traverse the walkway sometimes, CNA reported.

To commemorate the now deserted 37-kilometer forest railway, which was built in 1924 to connect Tuchang Station at the foot of Taiping Mountain with Zhulin Station in Luodong Township, the design of some facilities along the bikeway has railroad themes. The railroad was scrapped in 1979 due to serious damage from typhoons in the previous year, The weir that divides the river into two courses. (CNA photo) 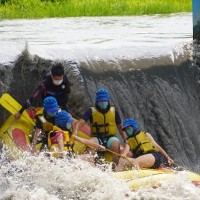 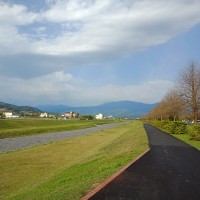