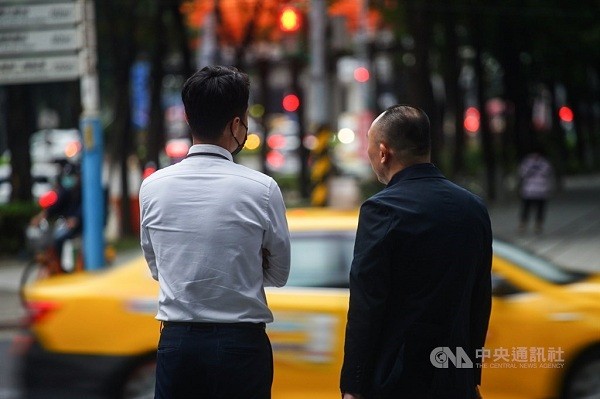 Employers in Taiwan are increasingly turning to middle-aged and senior workers as the country ages rapidly, on the back of a shrinking population caused by a falling birth rate.

In 2020, Taiwan registered negative population growth for the first time, with 173,156 deaths versus 165,249 births, according to tallies published by the Ministry of the Interior (MOI) in January.

This trend set off alarm bells for a society already troubled by its declining workforce, with the government attributing the development to a low birth rate that continues to drop.

Last year, the average number of children born to a Taiwanese woman during her lifetime was 1.05, the second-lowest in the world after South Korea's 0.92. This is much lower than the 2.1 children per woman necessary to maintain a stable population and far lower than the global average of 2.42.

It is estimated that Taiwan will become a super-aged society by 2025, meaning that one in five citizens will be 65 or older.

In response, the government has started to focus on the employment of middle-aged workers, defined as those aged 45-64, and senior workers aged 65 and above.

Taiwan's labor participation rate for the 45-64 age group is currently about 64 percent.

By the end of September 2020, there were about 4.8 million people in that age group, an increase of 910,000,or 23.3 percent, from a decade ago, according to the Directorate General of Budget, Accounting and Statistics (DGBAS).

Over the January-August period in 2020, labor participation rate in the country averaged 63.9 percent among middle-aged and senior workers, 76.4 percent among men and 52.1 percent among women, DGBAS statistics indicated.

With a goal of 65 percent participation, the government needs to encourage an additional 70,000 middle-aged and senior workers to join or re-join the job market.

The 45-49 age group in Taiwan has a labor participation rate of 84.7 percent, similar to that in the United States,South Korea and Japan, but figures for the 50-54, 55-59 and 60-64 age groups are noticeably lower than in those countries, DGBAS tallies showed.

As Taiwan's labor force has fallen over the years, many companies have come to recognize the merits of middle-aged and senior workers and are increasingly willing to recruit more of them.

However, he said it often ended up a disaster because younger employees tended to be more emotional and impatient,frequently resulting in complaints from passengers.

The company eventually resolved the issue by replacing younger staff with older workers who were more skilled,sympathetic and willing to serve, he said.

Tou's company now hires around 10 workers, all middle-aged or seniors.

"We know how hard it is to hire young workers and are fully aware of the severe labor shortage in Taiwan,"he said, noting that 15 percent of the over 100 company personnel are middle-aged and senior.

That is much higher than the average 2-3 percent in Taiwan's private-sector companies.

In an effort to keep middle-aged and senior workers,the company conducted an analysis that showed when looking for a job or choosing to stay at a company, financial security and the need to take care of their families are the most important factors for such employees, Chang said.

As a result, the company has re-designed its job tasks and assigns older workers to posts that best fit their mental and physical qualities, he explained. In order to address the growing labor shortage,Taiwan's government in December 2020 enacted the Act to Promote the Employment of Middle-aged and Senior Workers and related laws. These introduce provisions designed to improve the rights of workers aged 45 and older in the workplace.

Key parts of the legislation include a ban on age discrimination against older job applicants or employees,as well as greater incentives for companies that hire them over a specific period of time or hire a certain number of employees who have reached retirement age.

Based on the act, employers can use fixed-term contracts to hire workers aged 65 or above.