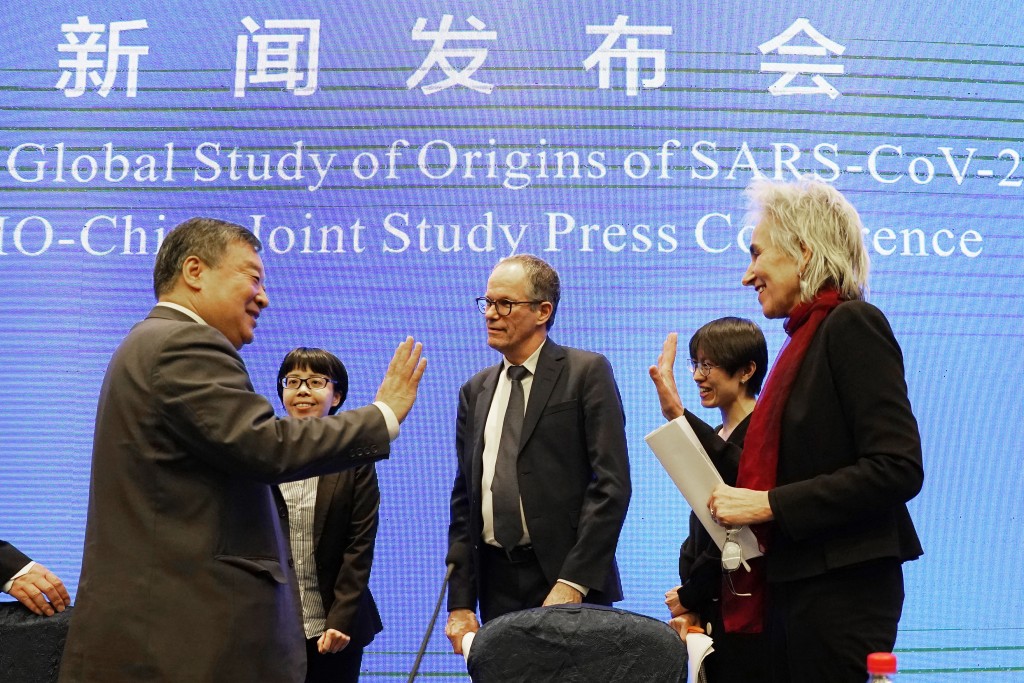 TAIPEI (Taiwan News) — The World Health Organization's (WHO) month-long investigation into the origin of COVID-19 descended into farce with a rushed and bizarre conclusion to a belated press conference in China that dismissed suspicions the virus could have originated in a laboratory leak, saying it was "extremely unlikely."

The WHO experts did not present any meaningful evidence to back up their conclusion, and instead, made it an obvious endorsement of whatever China said. How could they make a conclusion before tracking down the animal reservoir of the virus?

The organization also dodged the question about whether or not the Chinese military-backed lab conducted extensive research on deadly bat viruses, concluding the leak was extremely unlikely as the lab is "one of the highest-level biosafety labs in the world." How could the WHO experts be so certain that a virus didn't escape the lab a year after suspicions were raised, or be so confident there was no cover-up?

The team of experts even announced the absurd idea of "investigating into the possibility of cold chain transmission." It added "more work was needed to identify the genuine source of the virus," which an expert said could focus on South East Asia.

On the same day, Taiwan convened a national security meeting and announced that it would preemptively react to China's emerging Nipah virus. This could be the next major threat to Asia and is transmitted through contaminated food and feces.

As the WHO acts in favor of China instead of universal interest, Taiwan should not bother to ask for a seat in the organization, while the Biden administration should reconsider its vow to reverse Donald Trump's planned WHO withdrawal.

It was obviously a smart decision for Trump to cut ties with the WHO as the organization has continued to make bad decisions. It has also ignored RNA assessment reports from prominent virologists that suggest the novel coronavirus originated in Wuhan as a result of some sort of lab accident and gave birth to genetic recombination.

Also, the so-called laboratory notebook the WHO cited, which is supposed to remain intact, could have been altered after the incident. Our question is: Were these experts absolutely sure that they read the original copy?

The world has been deeply infiltrated by communist China, so we should take note of the rampant disinformation that is being disseminated and supported by fake experts and scholars. Media outlets should have questioned the integrity of the WHO's conclusions, instead of relaying the fake messages to the world.

Taiwan should help itself as the world cannot offer assistance, while media with a conscience should continue to safeguard justice.