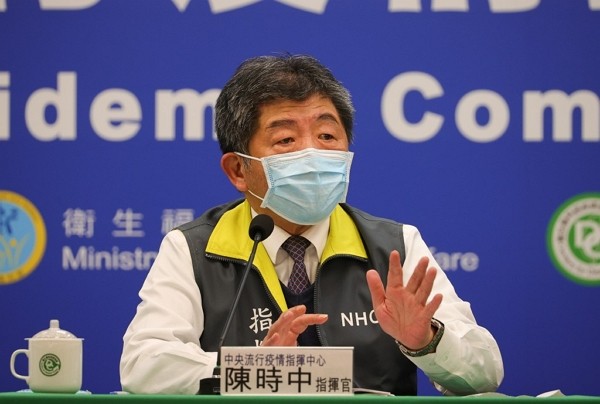 According to Chen, case No. 935 is a Taiwanese national in his 60s who went to Myanmar for work in January 2020. He developed a fever and coughing on Dec. 24 and tested positive for the coronavirus on Dec. 29 before being hospitalized.

After receiving treatment by local physicians, the man's condition improved and he was released on Jan. 27. However, he soon experienced difficulty breathing and once again sought medical help at local hospitals on Feb. 3.

On Feb. 7, the man returned to Taiwan on an international emergency medical evacuation flight and was immediately transported to a hospital isolation ward. He was tested again for COVID and was confirmed to have the disease on Wednesday.

Since the man had flown back alone and all medical workers and individuals known to have had contact with him were wearing personal protective equipment, there was no need for contract tracing, Chen said.

Meanwhile, case No. 936 is an Indonesian man in his 40s who came to Taiwan for work on Jan. 24. He had provided proof of a negative COVID test issued within three days of his flight and had shown no symptoms of the virus.

After his 14-day quarantine period ended, the man underwent a COVID test at his own expense on Feb. 8. He was confirmed to have the disease on Wednesday. Since the man had been undergoing quarantine in a designated facility, no contacts have been listed.

Among Taiwan's tally of 935 cases, 819 were imported, 77 were local, 36 originated from the Navy's "Goodwill Fleet," and one case was classified as unresolved. The country's death toll from the pandemic is nine, with the most recent deaths tied to a domestic cluster infection at Taoyuan General Hospital.

Since one case had originally been listed as No. 530 but was later reclassified as not infected, there is a discrepancy in the categorization of the case number. As of Wednesday, 73 patients were still being cared for in hospitals, and 853 had been released from care.