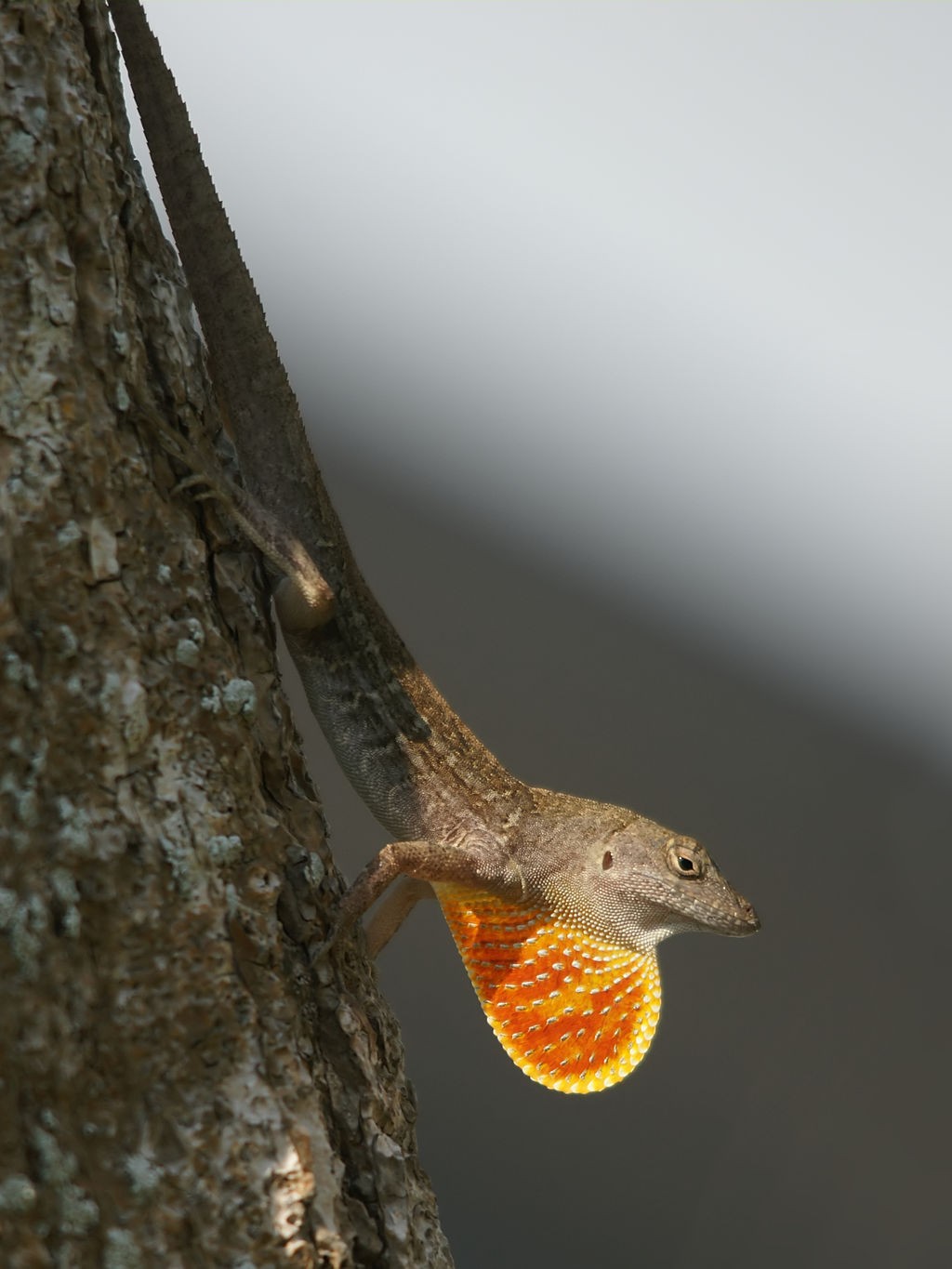 The brown anole (Anolis sagrei), an invasive lizard species native to Cuba and the Bahamas, has been causing damage to Taiwan's ecosystems for years, but solutions to controlling its spread have been elusive.

Now a university research team in Chiayi County is trying a different approach — working with plant nurseries in parts of the county to get rid of anole eggs from plant soil — that appears to be promising. Chiayi County was the entry point for the non-native species and has been at the epicenter of its proliferation for nearly two decades.

During that time, the county government has tried to grapple with the problem because of the serious threat posed by the lizard to Chiayi's biodiversity, said Chen Hsun-wen (陳宣汶), an assistant professor in National Chiayi University's Biological Resources Department. From 2009 to 2017, local authorities focused their eradication campaign on offering financial incentives to the public for getting rid of the lizards, a system that spurred increased interest in catching brown anoles and controlling their population.

Eventually, however, the county discovered that the more than NT$10 million (US$356,951) in cash rewards handed out through the incentive program did not translate into control of the brown anole population, according to Chen. It may even have been counterproductive, he said, because it caused problems in compiling accurate statistics and resulted in inefficiencies in getting rid of the lizards.

That led the Forestry Bureau's Chiayi Forest District Office to consider a new approach — outsourcing a brown anole prevention and control project to a research team in Chen's department in 2018. The team adopted a strategy of containing the reptiles instead of slaughtering them and put in place measures to confine them to areas where they already existed to keep them from spreading.

The team's primary target has been plant nurseries, a common sight in Chiayi, after it found that brown anoles were most likely to spread to different areas through the movement of seedlings and saplings shipped by those nurseries, said Hsu Wei-chieh (徐偉傑), an assistant research fellow in the department.

According to Hsu, the lizards usually lay their eggs in the soil of nursery plants and hide in the branches and leaves of saplings, and the containment plan is aimed at getting nurseries to check for the lizards or their eggs when a batch of seedlings or saplings are shipped out.

Chen said gauging the population of the brown anoles is not easy, but it appears that the team's efforts are having some impact, as the population of lizards in Shuishang Township in Chiayi County, while still high, appears to be growing at a much slower rate than previously. Shuishang Township has several nurseries where many varieties of tree saplings imported from the U.S. grow, and it is where the lizard species was first found in Taiwan.

A genetic analysis found that Taiwan's brown anoles came from Florida, Chen said, and he believes they came through imports of plants and plant products from Florida that had the eggs of brown anoles in their soil.

The team is now hoping that through their focus on controlling the brown anole population at their source, the species can be contained and be stopped from damaging Taiwan's ecosystems.