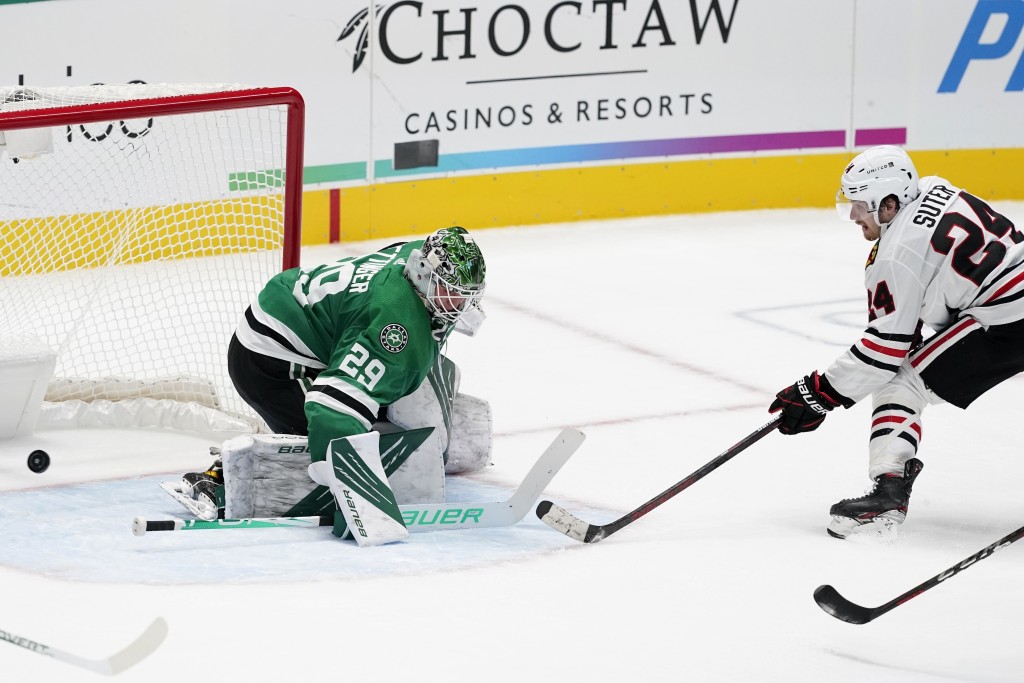 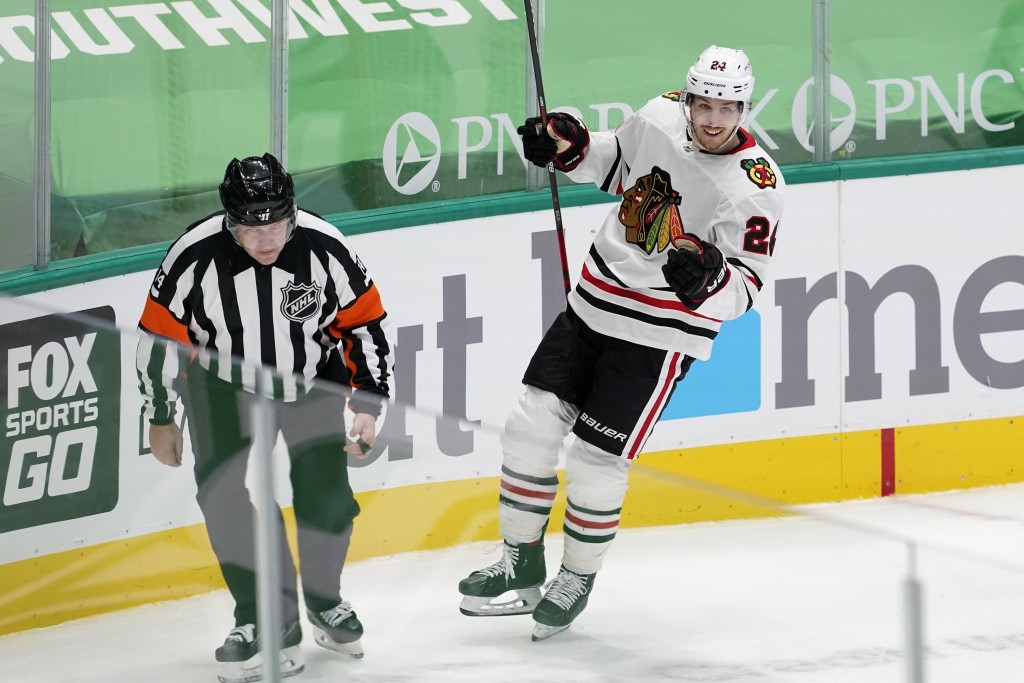 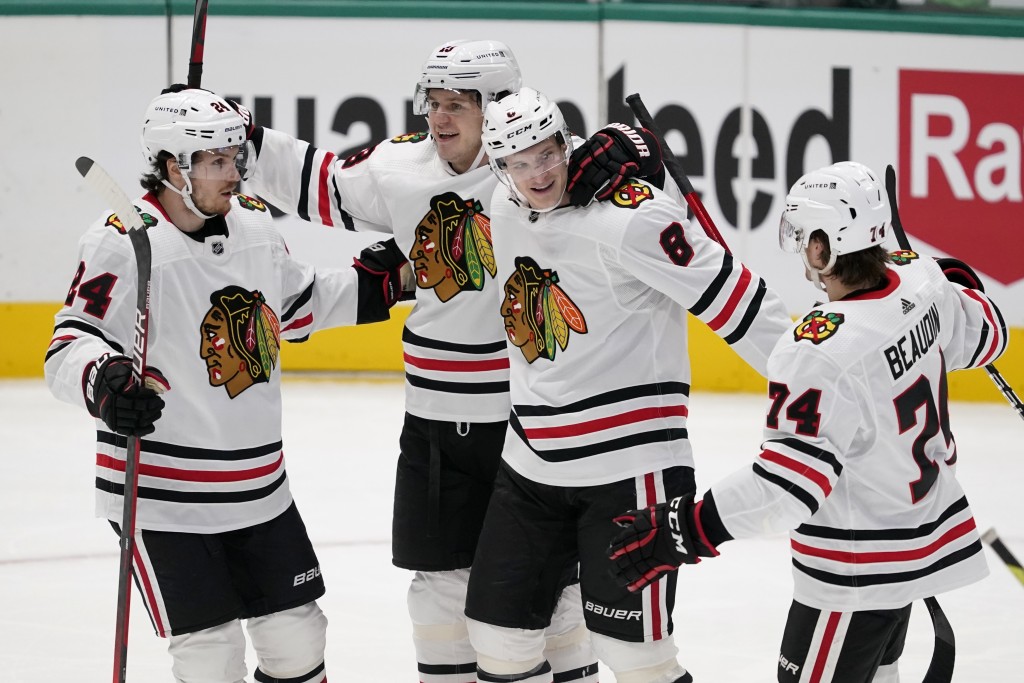 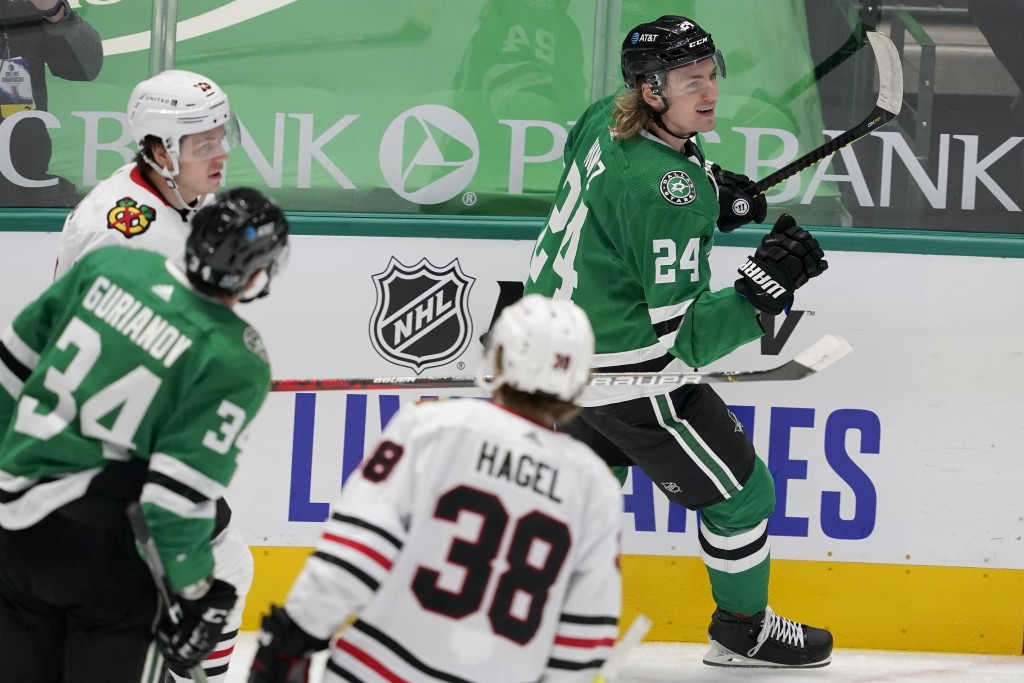 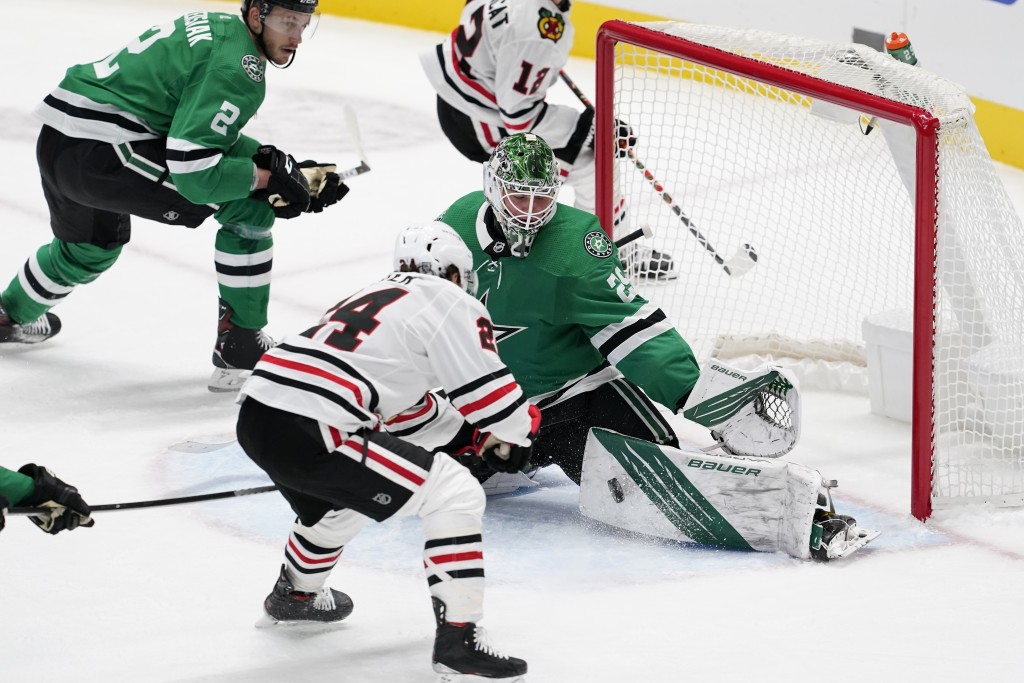 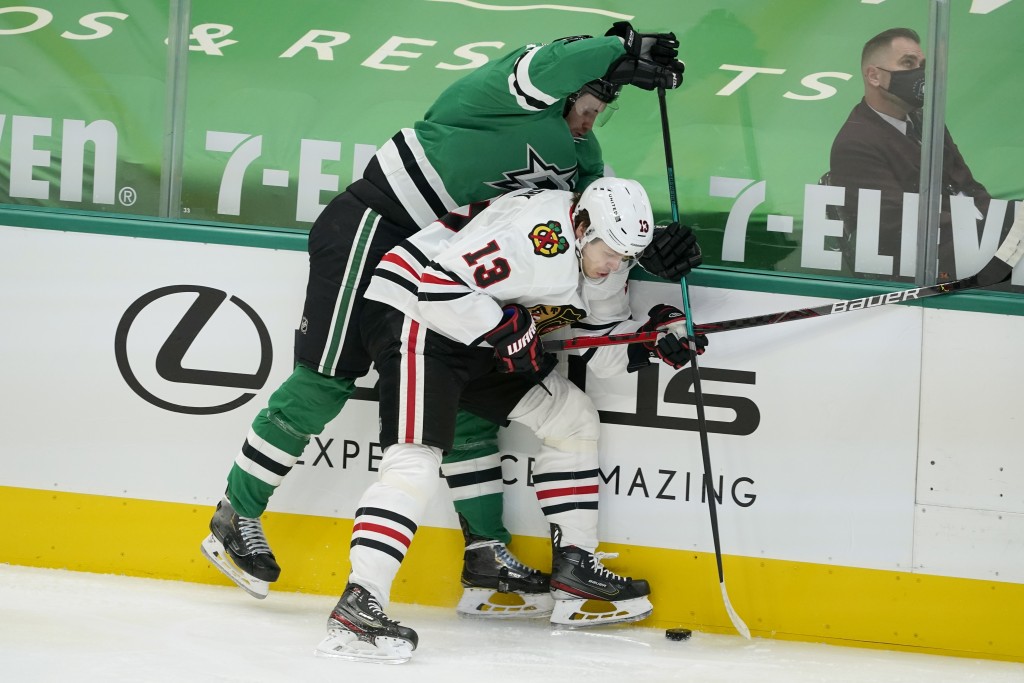 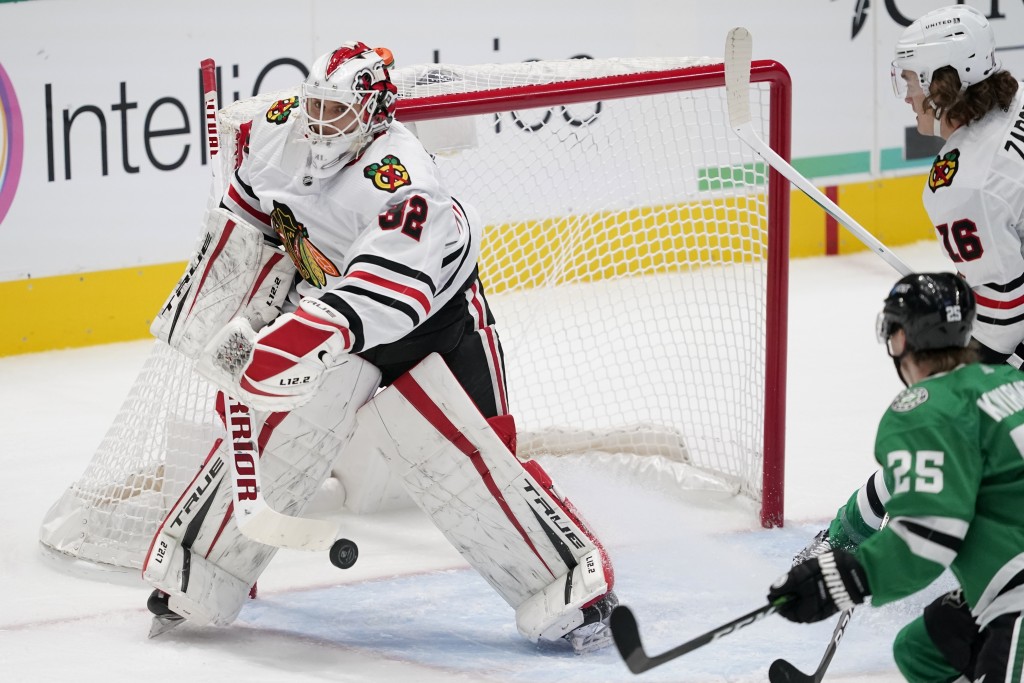 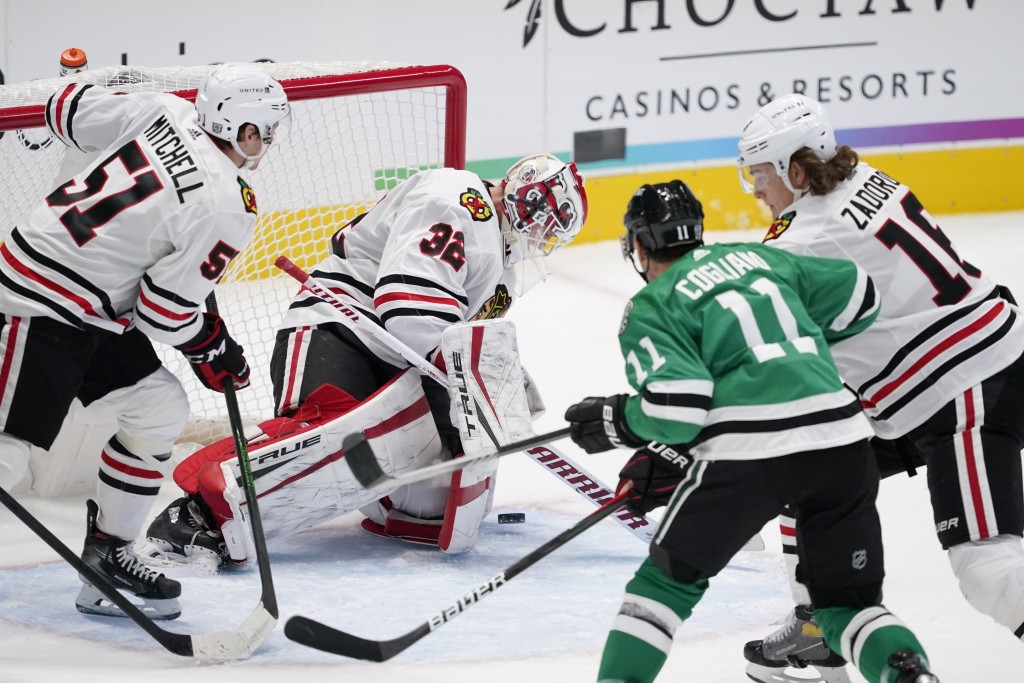 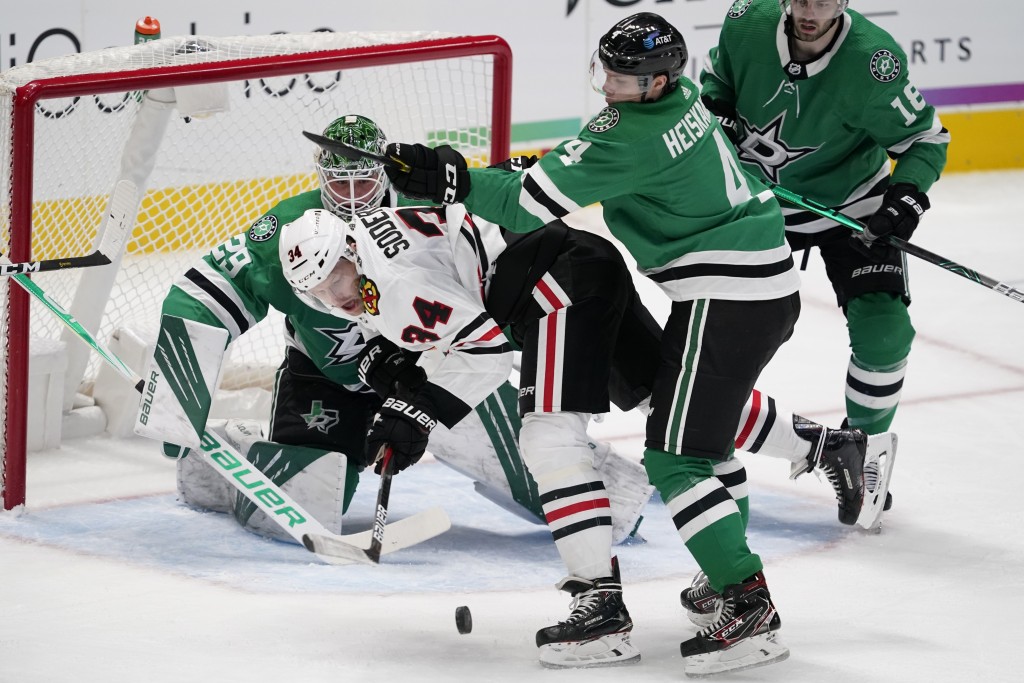 DALLAS (AP) — Pius Suter scored 2:15 into overtime Tuesday night to give the Chicago Blackhawks their second straight 2-1 win over the Dallas Stars in the extra period.

The rookie skated toward the net and slid the puck beneath goalie Jake Oettinger’s stick to complete a comeback win.

Mattias Janmark also scored for Chicago, which is 6-1-4 in its last 11 games.

Roope Hintz scored for Dallas, which is 0-2-1 in its past three.

In a matchup of rookie goaltenders, Kevin Lankinen made 34 saves for the Blackhawks, and Oettinger stopped 27 shots.

Alex DeBrincat was the overtime hero for Chicago on Sunday afternoon.

Hintz scored his third of the season and second in three games when he collected a loose puck in the left circle, skated through the crease and sent a backhand past Lankinen at 4:57 of the first period on Dallas’ first shot on goal. Jason Robertson got the lone assist after setting up the play by stripping the puck from Suter, a fellow rookie.

The Blackhawks tied it at 14:04 of the second on a power-play goal by Janmark, who signed as a free agent last October after playing his first four NHL seasons with Dallas. Janmark drew a tripping penalty from John Klingberg and then redirected a shot through Oettinger’s pads.

The Stars appeared to take a 2-0 lead about four minutes into the second when Jamie Benn gathered a loose puck in the crease and lifted it over Lankinen’s left shoulder into the top of the net. But the Blackhawks successfully challenged that Benn’s backing into Lankinen seconds earlier constituted goalie interference.

Blackhawks: Will host Columbus on Thursday and Saturday.

Stars: The third and fourth games of an eight-game homestand, their longest of the season, feature the Carolina Hurricanes beginning Thursday.