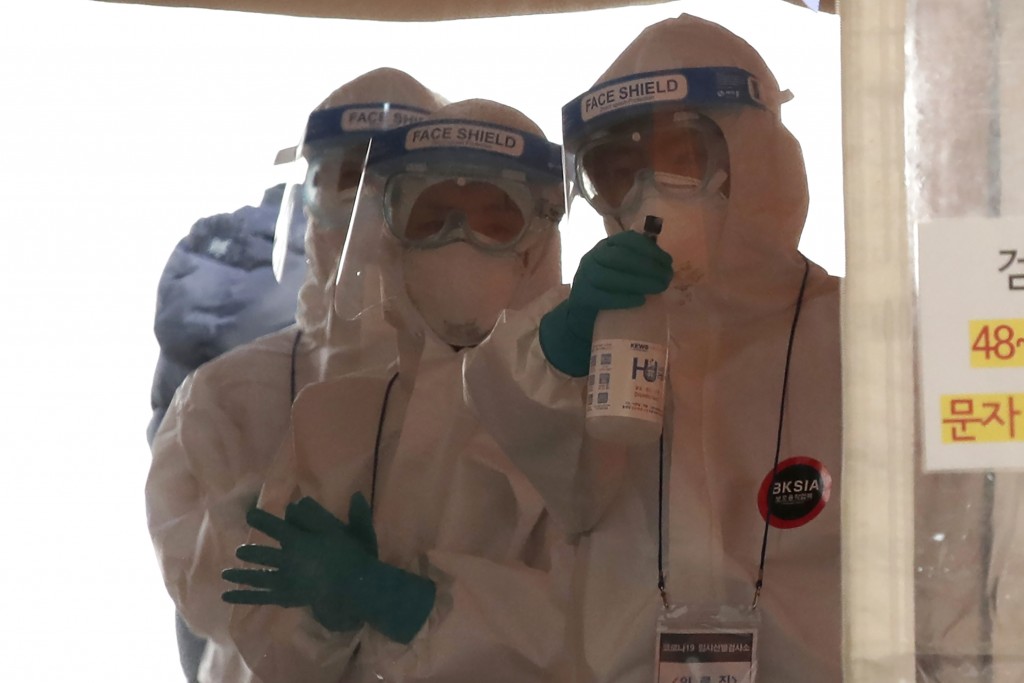 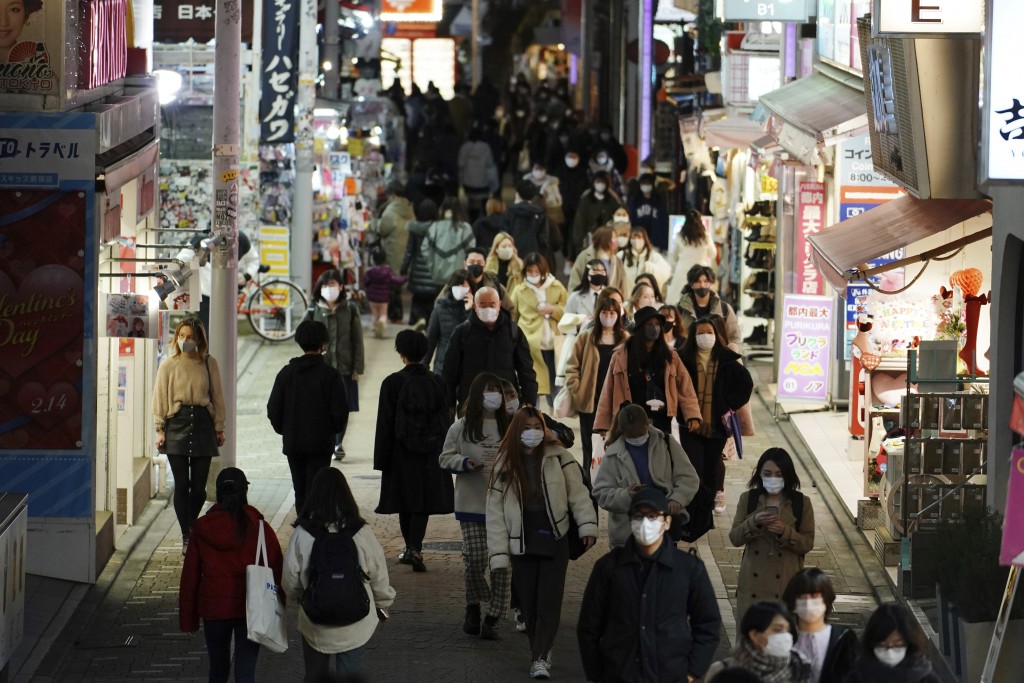 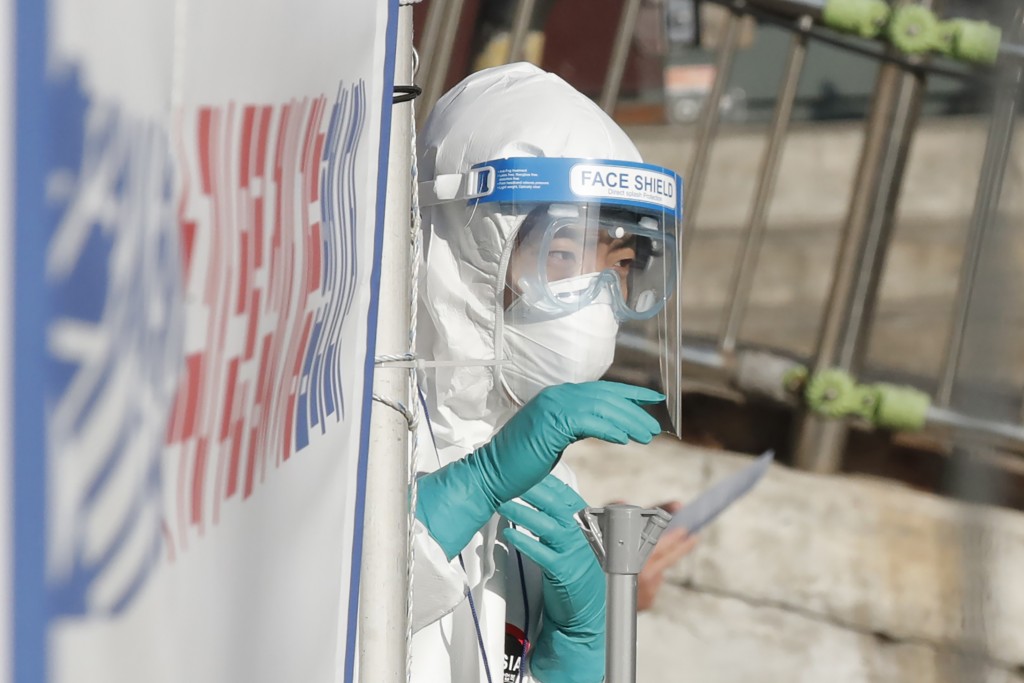 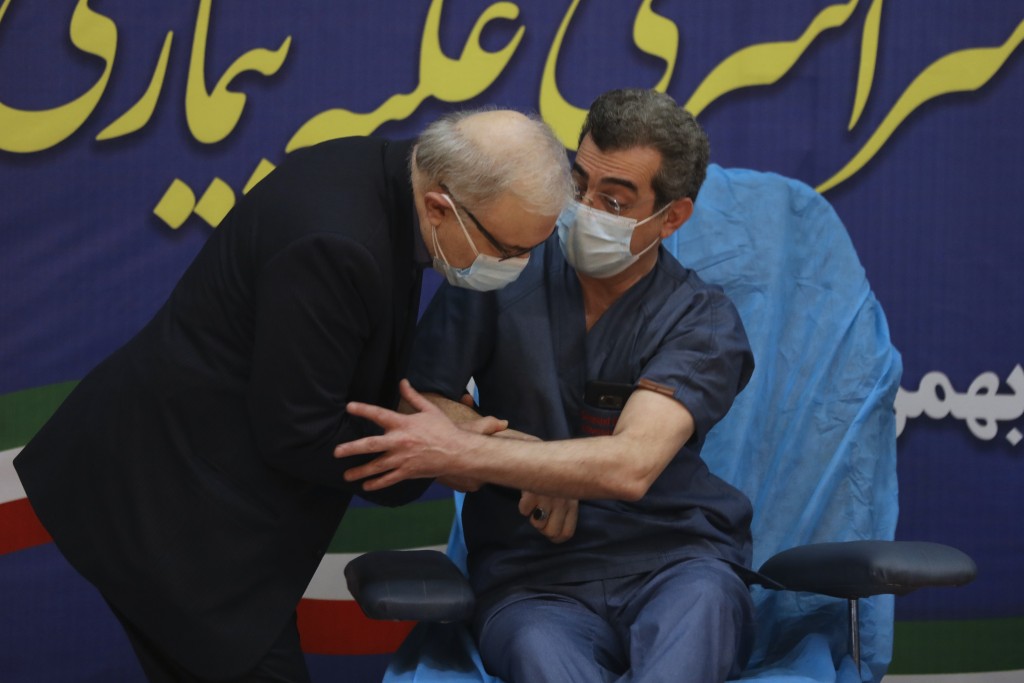 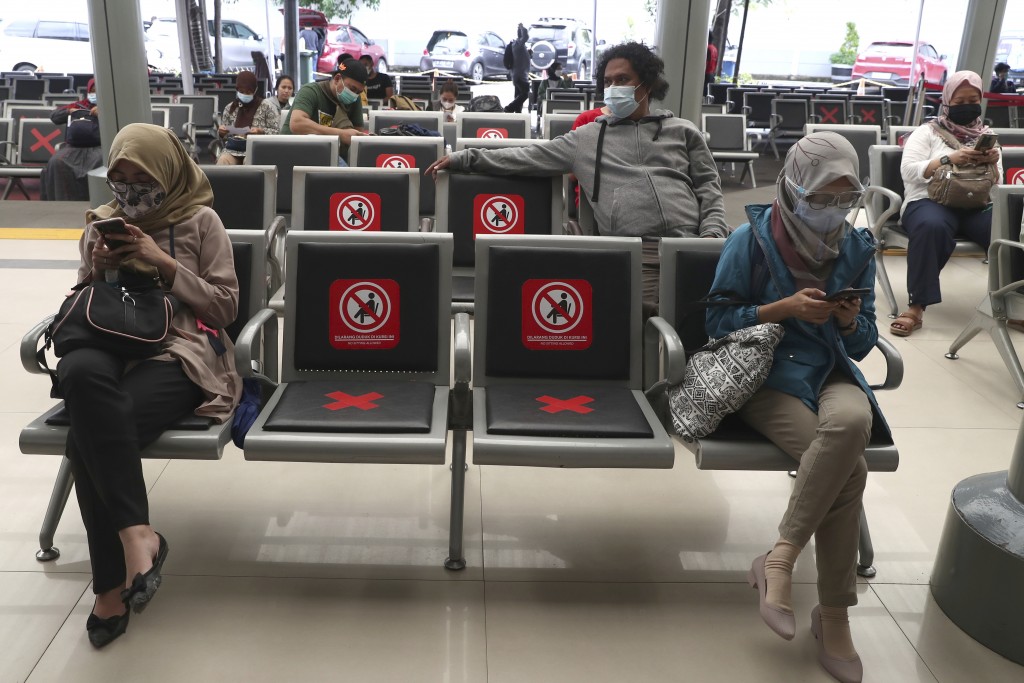 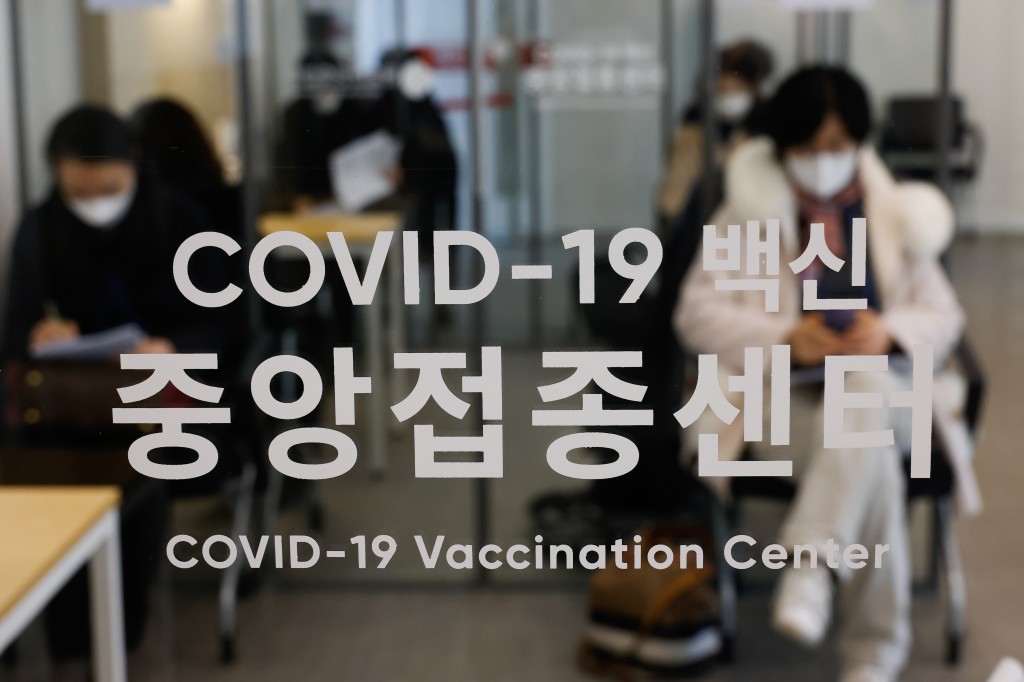 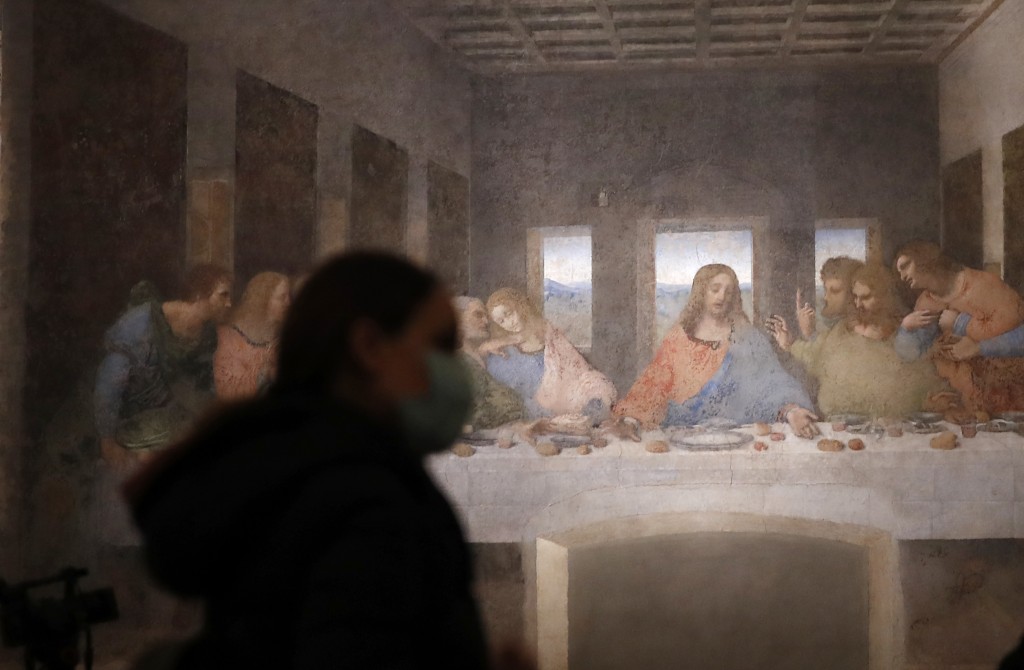 BRUSSELS — Belgium will use the 443,000 doses of AstraZeneca COVID-19 vaccine the country will receive over the course of February to vaccinate people under the age of 55.

Regulators in the country of 11.5 million inhabitants have advised against the use of the AstraZeneca vaccine for older people due a lack of data about its efficacy, so Belgium’s vaccination task force has reshaped its strategy.

It decided that the doses will go in priority to health care workers under 55 as well as residents and staff in collective care institutions in that age group. Sabine Stordeur, who co-chairs the task force, said on Tuesday that people from high-risk groups with underlying conditions and police officers working in the field will also be offered AstraZeneca injections.

People over 55 will continue to receive the two other vaccines approved in the EU, Pfizer/BioNtech and Moderna.

Infection numbers have reached a plateau in Belgium, with new daily cases between 2,000 and 2,500, while coronavirus-related deaths are decreasing. So far, some 336,300 Belgium’s residents have received a first vaccine dose.

— Evidence is mounting that having COVID-19 may not protect against getting infected again with some of the new variants.

—The drive to vaccinate Americans against the coronavirus is gaining speed and newly recorded cases have fallen to their lowest level in three months, but authorities worry that raucous Super Bowl celebrations could fuel new outbreak s.

— South Africa seeks a new virus vaccination pla n after deciding not to use AstraZeneca jab, fearing it’s not effective enough against the country’s dominant variant

— Democrats are proposing an additional $1,400 in direct payments as part of the U.S. relief package.

COPENHAGEN, Denmark — Norway has extended its global travel restrictions until April 15, advising against trips that are not strictly necessary and urging people to stay home for the Easter break.

“The infection situation globally means that very many countries have very strict restrictions on entry, as well as extensive infection control measures,” the Foreign Ministry in Oslo said.

“We are still far from a normal situation, and the infection situation in many parts of the world is changing rapidly,” Foreign Minister Ine Eriksen Soereide told Norwegian News Agency NTB.

Neighboring Estonia on Tuesday lifted some of its travel restrictions saying travelers from Bulgaria, Finland, Greece, Iceland and Norway are not subject to its 10-day quarantine starting Feb. 15.

JACKSON, Miss. — Officials in Mississippi say about 2% of the coronavirus vaccinations given so far in the state have gone to people with out-of-state addresses.

Mississippi guidelines say vaccination is available to anyone 65 or older or to those who are least 16 years old and have underlying health conditions that might make them more vulnerable to the virus.

The state’s top public health officials said Monday that the vaccination is supposed to be limited to Mississippi residents, or to people from other states who work in Mississippi. However, they said people giving the shots do not check identification or verify that out-of-state residents work in Mississippi.

The New Orleans Advocate/The Times-Picayune recently reported that Louisiana residents are traveling to Mississippi to be vaccinated because Louisiana has tighter vaccination eligibility guidelines.

MONTGOMERY, Ala. -- Hundreds of people have showed up at Alabama vaccination sites as the state drastically expands eligibility to receive immunizations against the coronavirus.

The change means as many as 1.5 million people in the state now qualify for shots, up from about 700,000. But vaccine supply is still limited, and officials are asking people who aren’t at high risk for becoming ill to let other people get vaccines first.

PORTLAND, Ore. — Appointments to receive the coronavirus vaccine in Oregon have been quickly booked as residents who are 80 years and older are now eligible to receive doses.

Seniors in Oregon have waited weeks to receive the vaccine, after the original eligibility date was delayed and then Gov. Kate Brown decided to prioritize educators ahead of the elderly.

The elderly have been the hardest hit group in state when it comes to the virus — people 60 years and older account for 90% of Oregon’s COVID-19 deaths.

On Monday, seniors 80 and older began to receive shots. And media reports say every available appointment for seniors were booked up.

LANSING, Mich. — A judge in Michigan has dismissed disorderly conduct charges against six hair stylists who were ticketed last spring during a protest at the state Capitol.

The women were cutting hair to protest Gov. Gretchen Whitmer’s decision to keep barber shops and salons closed for nearly three months because of the coronavirus pandemic.

The women argued the tickets should be dismissed because the state Supreme Court ruled in October that many Whitmer orders were issued under an unconstitutional law.

There was no immediate comment from the attorney general’s office.

INDIANAPOLIS — Indiana lawmakers have taken the first step toward overriding the governor’s veto of a bill blocking cities from regulating rental properties.

Gov. Eric Holcomb had said the law shouldn’t be adopted during the coronavirus pandemic, and critics of the measure argued it would prevent local officials from protecting tenants from abusive landlords.

The state Senate voted 30-17 on Monday to override the veto that Holcomb issued in March following last year’s legislative session. The bill’s supporters say it avoids a “hodgepodge” of local regulations.

The state House would also have to vote to override the veto for it to be overturned.

GENEVA — The head of the World Health Organization said Monday the emergence of new COVID-19 variants has raised questions about whether or not existing vaccines will work, calling it “concerning news” that the vaccines developed so far may be less effective against the variant first detected in South Africa.

Tedros Adhanom Ghebreyesus said at a media briefing that South Africa’s decision on Sunday to suspend its vaccination campaign using the AstraZeneca vaccine is “a reminder that we need to do everything we can to reduce circulation of the virus with proven public health measures.”

He said it was increasingly clear that vaccine manufacturers would need to tweak their existing shots to address the ongoing genetic evolution of the coronavirus, saying booster shots would most likely be necessary, especially since new variants of the virus are now spreading globally and appear likely to become the predominant strains.

The drive-thru 24-hour facility at the State Farm Stadium is giving one COVID-19 shot about every 10 seconds.

Biden and Harris have promised to open 100 similar sites across the country in the coming weeks and have called on Congress to provide funding for even more. Biden has ramped up federal support for the facilities through the Federal Emergency Management Agency and the Pentagon.

The president said he is ahead of pace to deliver on his promise of providing 100 million injections in the first 100 days of his presidency, saying, “I think we’ll exceed that considerably.” The Centers for Disease Control and Prevention has reported that more than 22 million doses have been given since Biden’s inauguration less than three weeks ago.

SEATTLE — Dozens of Washington state hospitals have learned N95 respirator masks believed to be purchased from 3M Company are counterfeits that were not manufactured by the company.

The Seattle Times reported the Washington State Hospital Association alerted the state’s hospitals about a notification from 3M that some masks were knockoffs.

The association has asked the state’s 115 hospitals to sort through mask supplies and pull potentially affected equipment.

Several hospitals sent masks to 3M for testing and the company confirmed some were counterfeit.

It is unclear whether the counterfeit masks are less safe than those manufactured by 3M.