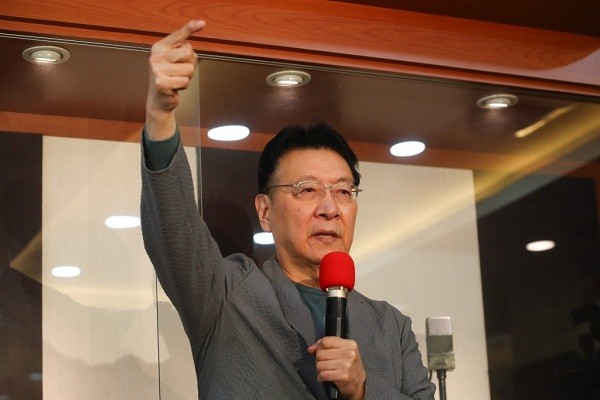 Chen and his wife Wu Shu-chen (吳淑珍) were convicted on two bribery charges in 2009. Chen was sentenced to 19 years in prison, but he was granted medical parole in January 2015 under Ma Ying-jeou’s (馬英九) administration.

Jaw, who lost to Chen in the heated 1994 Taipei mayoral race, has been at the opposite end of the political spectrum from his former political opponent. Nevertheless, Jaw reconciled with Chen by visiting him on Oct. 31 of last year.

During an interview with China Times on Monday, the TV host said that he had proposed a pardon to Chen early on. However, Jaw believed that a pardon to a convicted former president should be taken seriously.

Not only would it be a political issue, but it would also be an issue of public perception, essentially putting the dignity of the country’s justice system on the line, the media outlet quoted Jaw as saying.

The TV host said that a pardon for Chen should be on the table and President Tsai should send a representative to negotiate with the former president, China Times reported. Jaw said that Chen should fulfill three conditions before the offer of a pardon, which would be to “admit wrongdoing, make apologies, and return illegally obtained money.”

Granting a pardon in absence of these three conditions would not live up to the expectations of the public, Jaw said. He added that the government’s indefinite “putting aside of Chen to avoid talking about him is harmful to justice and disrespectful to other convicts,” as Chen is currently on medical parole, amounting to a de facto reprieve.