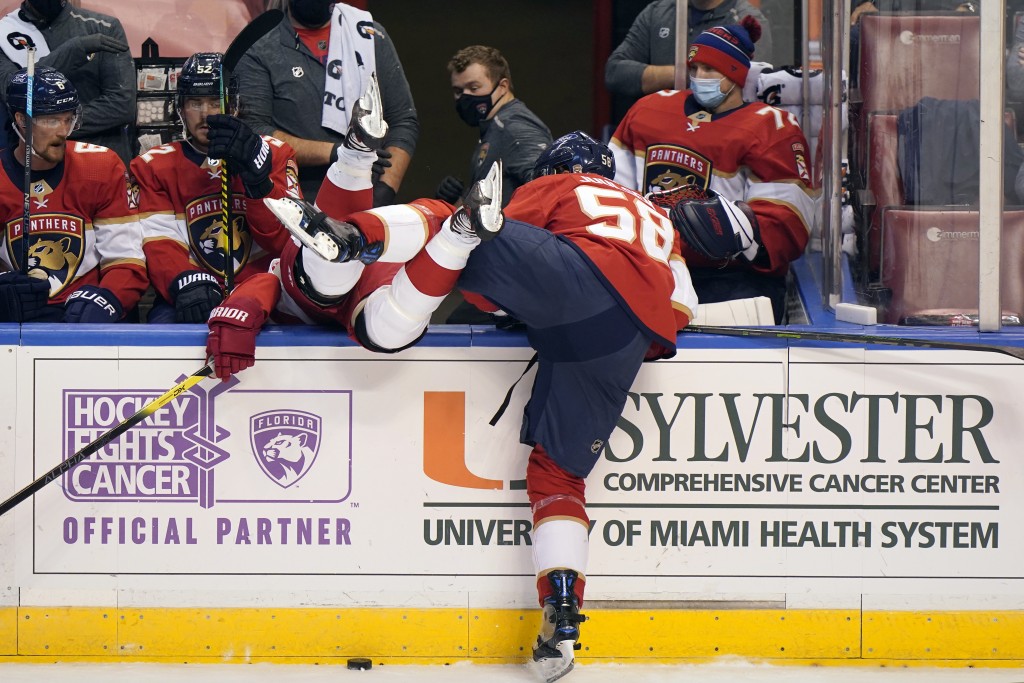 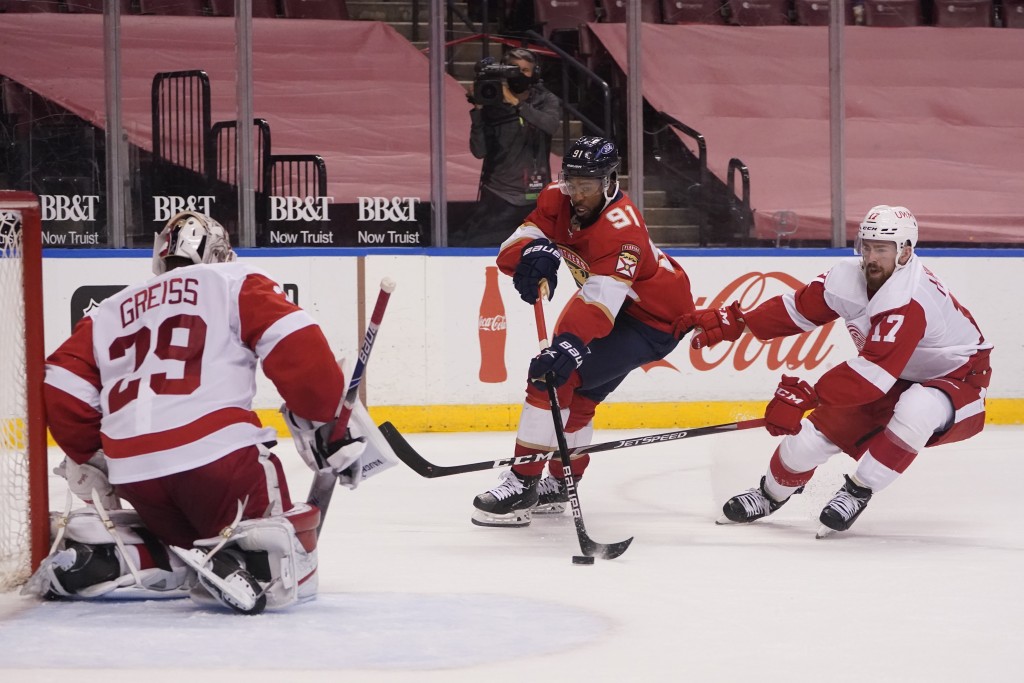 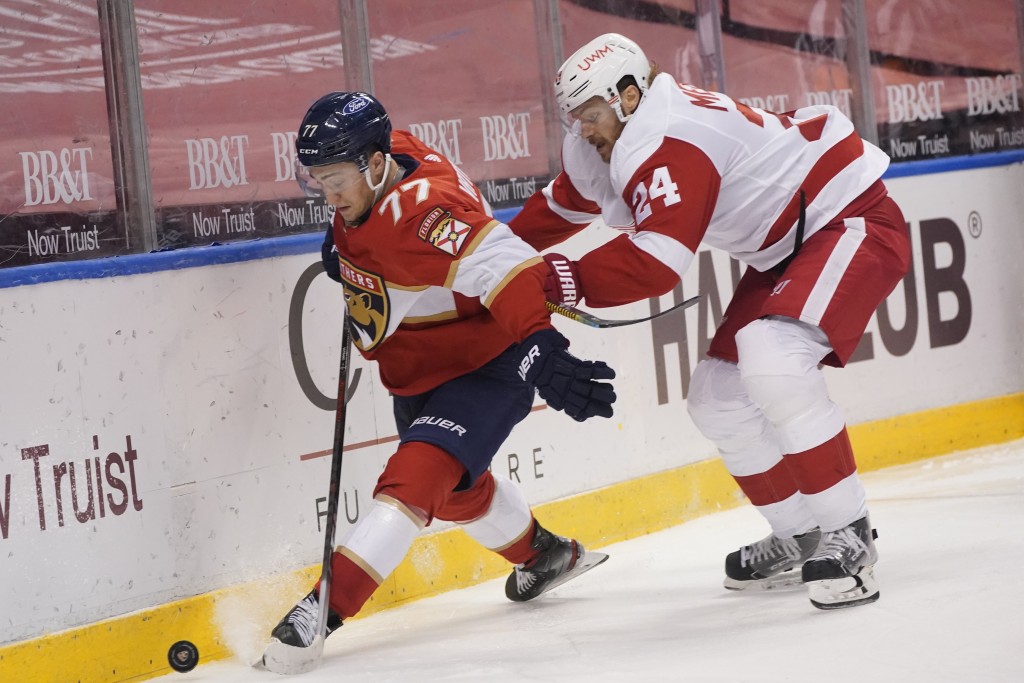 SUNRISE, Fla. (AP) — Givani Smith had a goal and an assist as Detroit Red Wings won for the first time in nine games, beating the Florida Panthers 4-1 on Sunday.

Alex Wennberg scored for the Panthers. Florida (6-1-2) became the last NHL team to lose in regulation.

Acquired from the New York Rangers in a trade last September after a 13-year career, Staal put Detroit up 1-0 at 2:58 of the second period with his backhander in close. Sam Gagner notched his first assist with the Red Wings on the goal.

Bobby Ryan’s steal near goaltender Chris Driedger set up Smith’s score at 17:02 for a 2-0 lead.

Trailing to begin the third period for the first time this season, the Panthers got within a goal at 2:09 when Wennberg scored his first for Florida on a deflection.

Newcomer Mason Marchment was recalled from the taxi squad and made his debut for the Panthers by registering 7:56 of ice time and being minus-1.

After getting into four games for the Toronto Maple Leafs last season, Marchment played left wing on the fourth line with right wing Noel Acciari and center Juho Lammikko.

The aggressive play was intense over the first 20 minutes, and Florida’s Radko Gudas delivered the biggest on Luke Glendening, who stayed down on the ice for a couple of minutes along the side boards.

The training staff assisted Glendening off the ice and into the dressing room after the hard contact, and the forward didn’t return.

The left wing suffered an upper-body injury when the teams met last Saturday and didn’t play the next day’s contest. Sunday marked his fourth straight game out of the club’s lineup.

The two clubs conclude their two-game series on Tuesday.