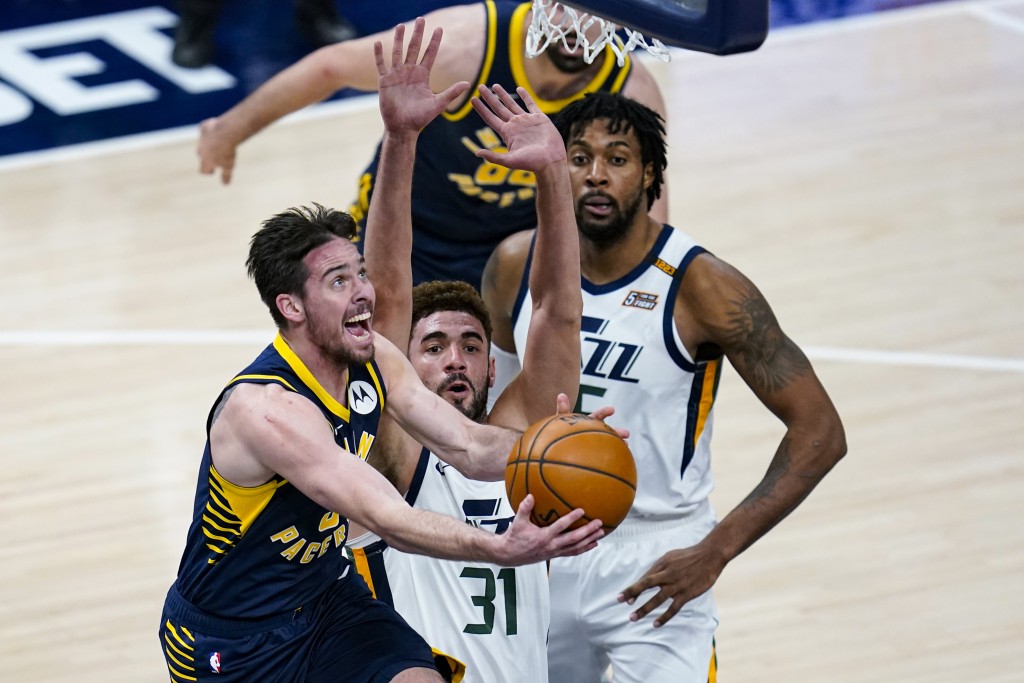 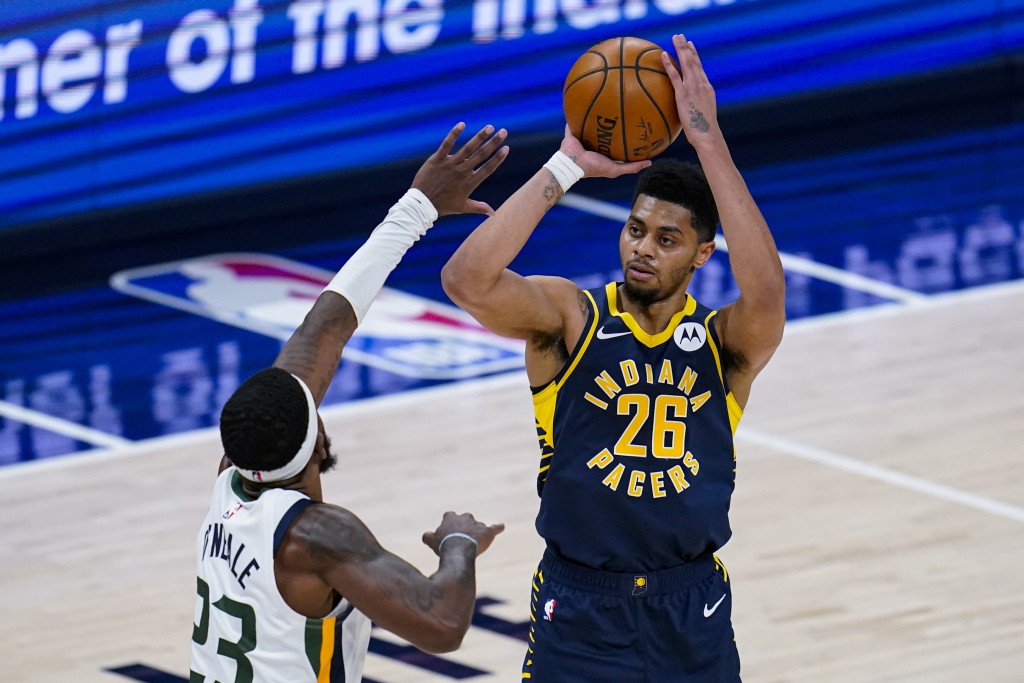 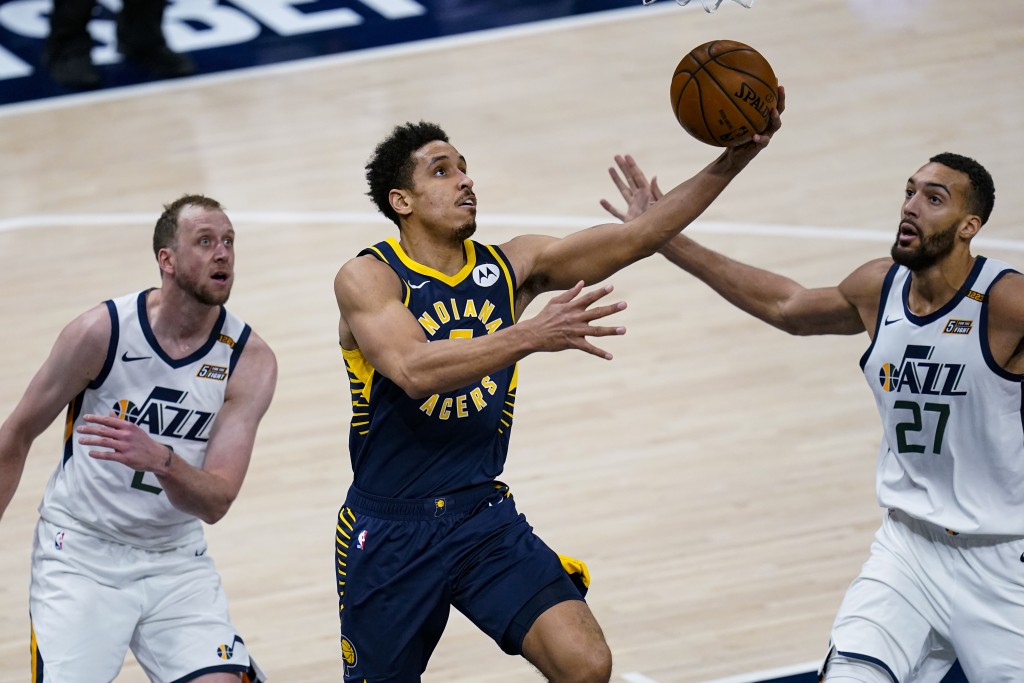 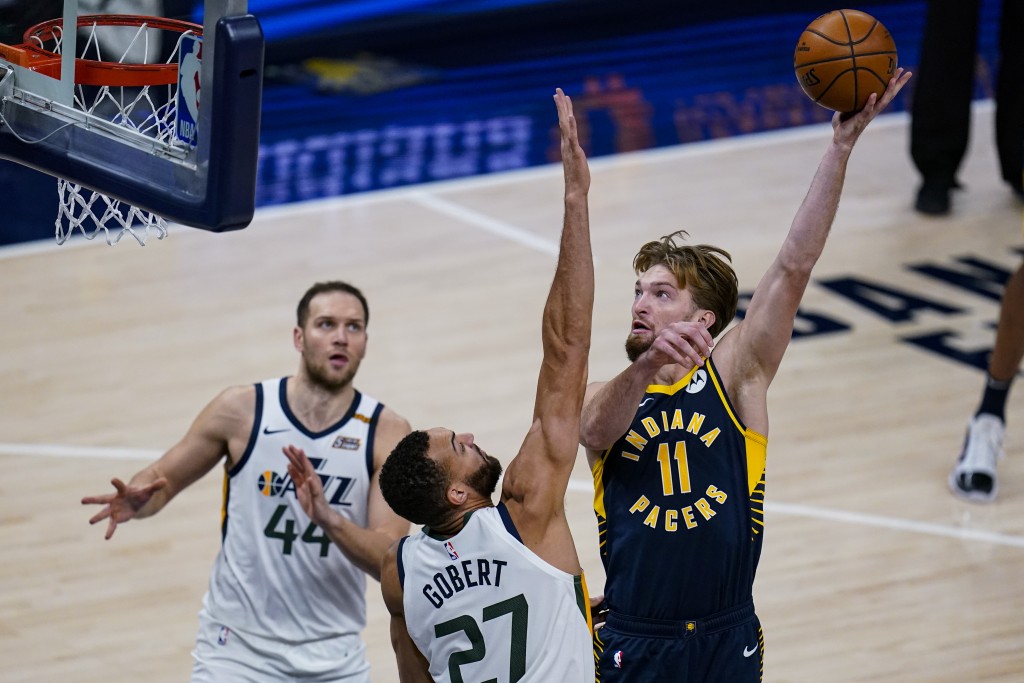 INDIANAPOLIS (AP) — Donovan Mitchell had 27 points and 11 assists as the red-hot Utah Jazz improved their NBA-best record with a 103-95 road win over the Indiana Pacers on Sunday.

The Jazz (19-5), who have won 15 of 16, flowed through their All-Star guard, who also had nine rebounds. Mitchell ensured a fast start with 11 first-quarter points. When he wasn't driving past defenders, he was pulling up for uncontested jumpers.

Former Pacer Bojan Bogdanovic broke an 83-all tie with a three-point play at the 5:36 mark of the fourth quarter and the visitors never trailed again. On subsequent possessions, Mitchell fed Bogdanovic and Joe Ingles for 3-pointers.

In the final two minutes, Mitchell banked home a runner and sank a pair of foul shots for a 100-91 lead.

Bogdanovic finished with 18 points. Jordan Clarkson added 17 off the bench. Rudy Gobert had 16 points and 16 rebounds.

Domantas Sabonis scored 20 for the Pacers (12-12), who have lost five of six. Doug McDermott contributed 18 off the bench. Malcolm Brogdon had 15 points and seven assists.

Pacers: Set a franchise record with 20 3-pointers in Friday home loss to New Orleans. ... T.J. McConnell has had 27 assists off the bench in the past two games.

Pacers: At Brooklyn on Wednesday.