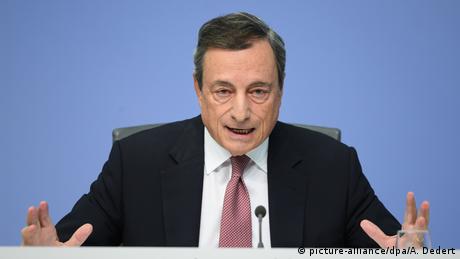 The new government will be in charge of deciding how to spend more than €200 billion ($240 billion) in European Union funds to help relaunch Italy's pandemic-stricken economy.

The populist 5-Star Movement and the far-right Lega (League) party both said they were prepared to put aside longstanding rivalries for the benefit of the country.

Draghi, 73, made no statement after the talks, although both of the parties offered positive statements.

"If a new government comes, we will be loyal,'' Five Star Movement leader Vito Crimi, said after the meeting. The party became the strongest force in parliament in the 2018 election. Meanwhile, Lega leader Matteo Salvini also said he would support Draghi "without conditions.''

Italy's president tapped the 73-year-old former European Central Bank chief this week to form a government after the resignation of ex-Premier Giuseppe Conte, who lost the support of a small but essential coalition party.

Italian media reported Draghi, who holds no political office, was planning to launch a second round of consultations early next week.

Conte's resignation came in response to former prime minister Matteo Renzi's Italia Viva party leaving the center-left coalition after a row over how to use pandemic aid from the European Union.

Italian Senator Emma Bonino, who was formerly an EU commissioner, said she hoped that bringing together parties from such a broad political spectrum would not dissolve into infighting.

"What we don't want is that this translates into 'Yes on this, no on that, I can't sit with him,''' she told SKY TG24. "The priorities need to be completing the vaccination program, because without that the economy can't be relaunched, and reform or rewrite the plan for the EU funds.''