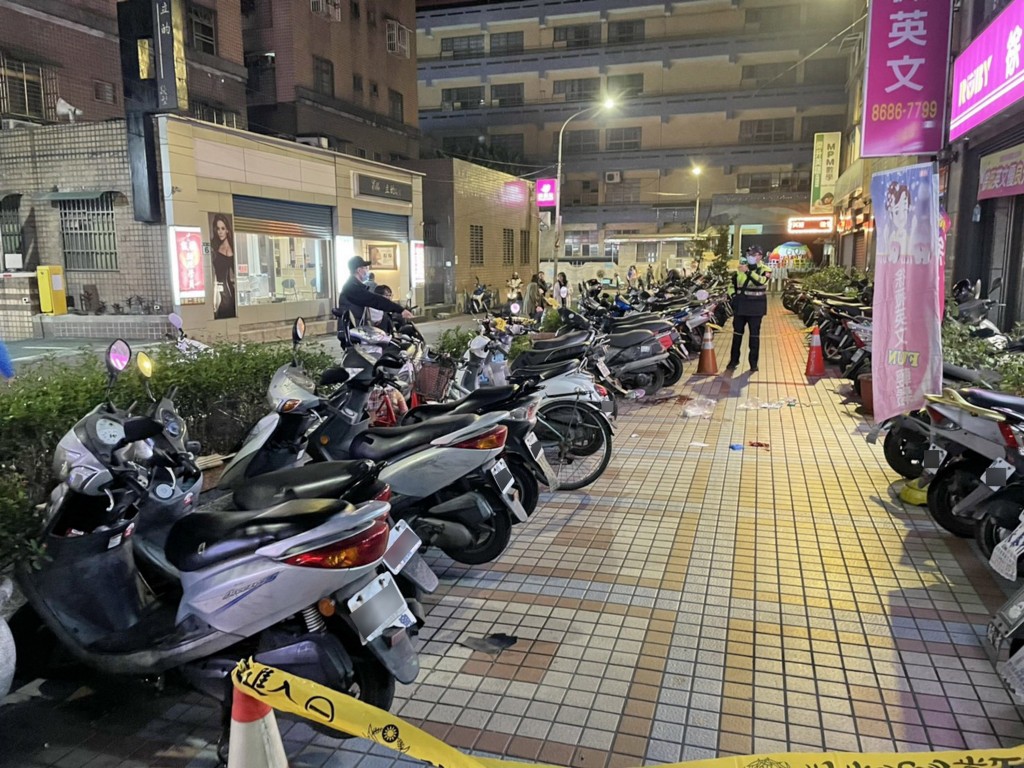 A man is in a coma after being seriously injured on Friday when a woman fell onto him from a building in New Taipei City, according to the hospital that treats him.

The man surnamed Wu (吳), 45, was walking along a street in the city's Shulin District that evening when the 66-year-old woman plummeted from the 11th floor of a nearby building and landed on him, police said, citing a preliminary investigation.

Wu showed no vital signs upon being rushed to the New Taipei Municipal Tucheng Hospital, but regained his heartbeat and blood pressure after CPR that lasted 30 minutes, Seak Chen-june (薛承君), head of the hospital's emergency room, told the press early Saturday.

The man is now in grade 3 coma on the 3-to 15-point Glasgow Coma Scale, with 3 being the worst condition and 15 being that of a normal person, Seak said, adding that his respiratory system and hips were also severely injured due to the incident.

One of Wu's family members told CNA that the man and his wife are both elementary school teachers, and at the time the incident took place he was on his way to pick up his eldest son from cram school, with his wife right behind him. His wife was not injured.

The woman, surnamed Ting (丁), who fell from the building was rushed to Far Eastern Memorial Hospital in nearby Banciao District and later pronounced dead.

It was not clear why she fell from the building.

An investigation into her death is underway. (By Sunrise Huang, Wang Hung-kuo and Chung Yu-chen)