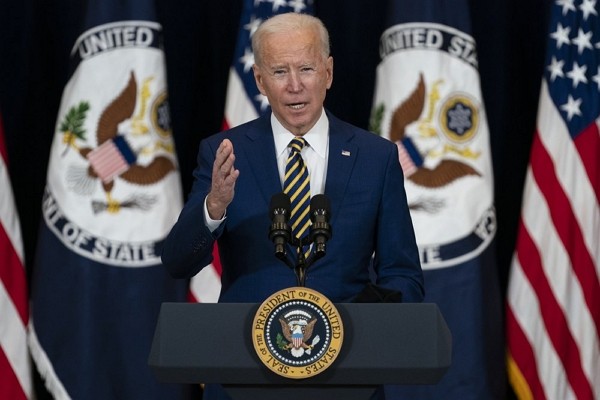 U.S. President Joe Biden on Thursday (Feb. 4) said the days of the U.S. “rolling over” to Russian President Vladimir Putin are gone as he called for the immediate release of Russian opposition leader Alexei Navalny.

During his first visit to the State Department as president, Biden issued his strongest condemnation of Putin as large protests have broken out throughout Russia following the jailing of Navalny. Thousands of protesters have been arrested.

The new American president was also seeking to make clear to the world that he’s making a dramatic turn away from Putin following the presidency of Republican Donald Trump, who avoided direct confrontation and often sought to downplay the Russian leader’s malign actions.

Navalny, an anti-corruption campaigner and Putin’s most determined political foe, was arrested Jan. 17 upon returning from a five-month convalescence in Germany from a nerve agent poisoning, which he has blamed on the Kremlin.

“I made it clear to President Putin, in a manner very different from my predecessor, that the days of the United States rolling over in the face of Russia’s aggressive actions — interfering with our election, cyber-attacks, poisoning its citizens— are over,” said Biden, who last week spoke to Putin in what White House officials called a tense first exchange. “We will not hesitate to raise the cost on Russia and defend our vital interests and our people.”