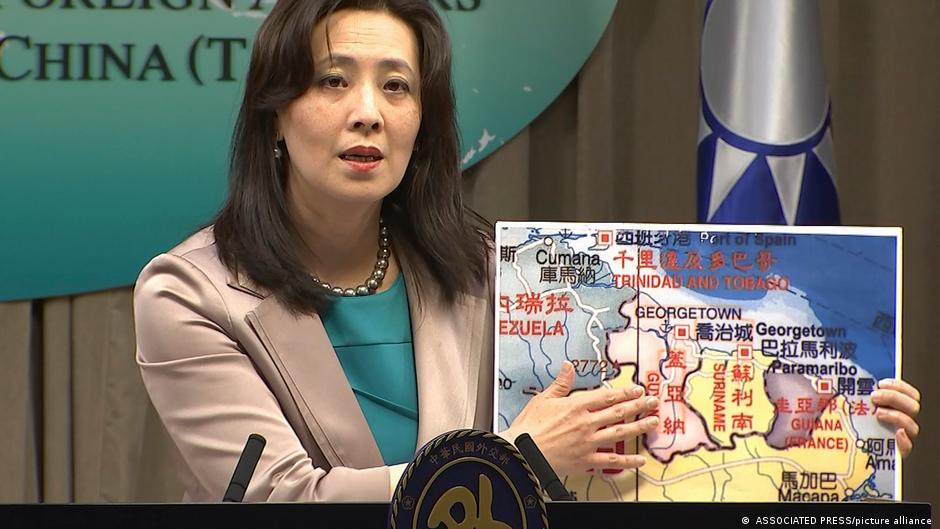 TAIPEI (Taiwan News) — Less than one day after Taiwan announced its plan to open a representative office in Guyana, the South American nation caved in to pressure from Beijing and canceled the deal with Taiwan.

The Ministry of Foreign Affairs (MOFA) said Thursday (Feb. 4) that Taiwan and Guyana had on Jan. 11 signed an agreement under which Taiwan would establish a representative office in the Guyanese capital of Georgetown.

The announcement was soon followed by commendations from the U.S. Embassy in Guyana as well as U.S. Acting Assistant Secretary for Western Hemisphere Affairs Julie Chung. She called the move “a milestone” that would bring about prosperity and security to both Taipei and Georgetown.

The news met with opposition from Beijing, which has had diplomatic relations with Guyana since 1972. During a press briefing on Thursday, Chinese Foreign Ministry Spokesman Wang Wenbin (汪文斌) urged the Guyana authorities to “take effective measures and correct the mistake.” He warned against having official ties with Taiwan and opening a representative office in either place.

Guyana turned its back on Taiwan the same day. “The Government has not established any diplomatic ties or relations with Taiwan and as a result of the miscommunication of the agreement signed, this agreement has since been terminated,” said the Guyanese authorities via a statement.

The statement emphasized that Guyana continues to honor the "one China" policy. Guyana is situated in northeastern South America near the Caribbean, where Taiwan has four diplomatic allies. MOFA responded to the blow by saying it deeply regrets Guyana’s decision to “unilaterally terminate the agreement on opening representative offices less than 24 hours due to the pressure of the Chinese government.” It called China’s persistent campaign to isolate Taiwan a display of its “evil nature” and a contradiction of its leader Xi Jinping's statement that, “The strong should not bully the weak.”

President Tsai Ing-wen (蔡英文) on Friday expressed condemnation in a Facebook post for China pressuring Guyana to breach the deal with Taiwan. Beijing's campaign to isolate Taiwan from the global community does "not benefit cross-strait relations, nor will it improve China's international image," she said.