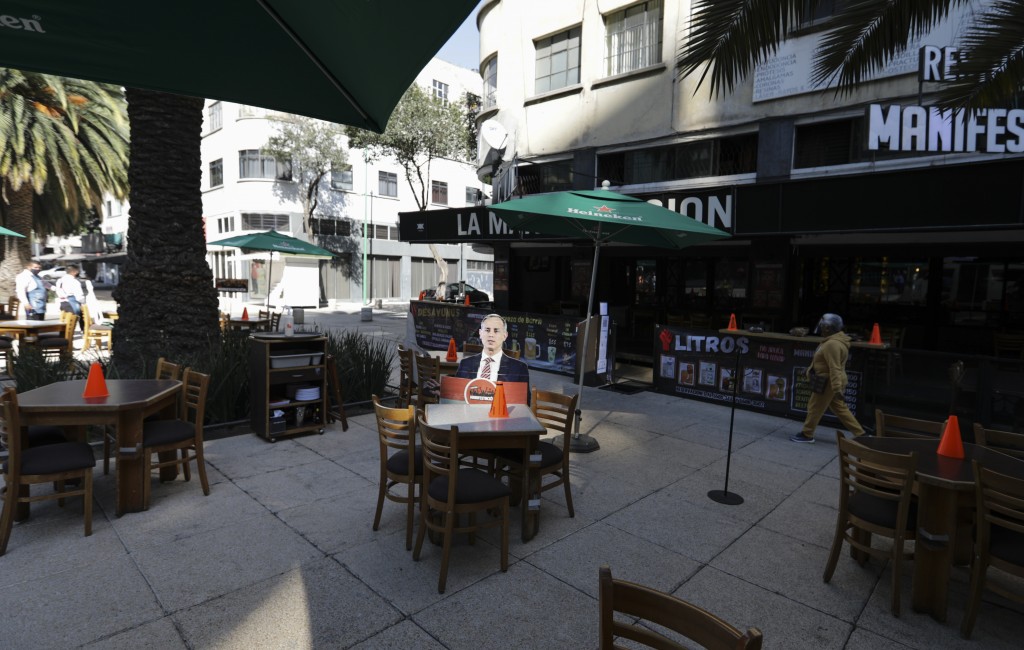 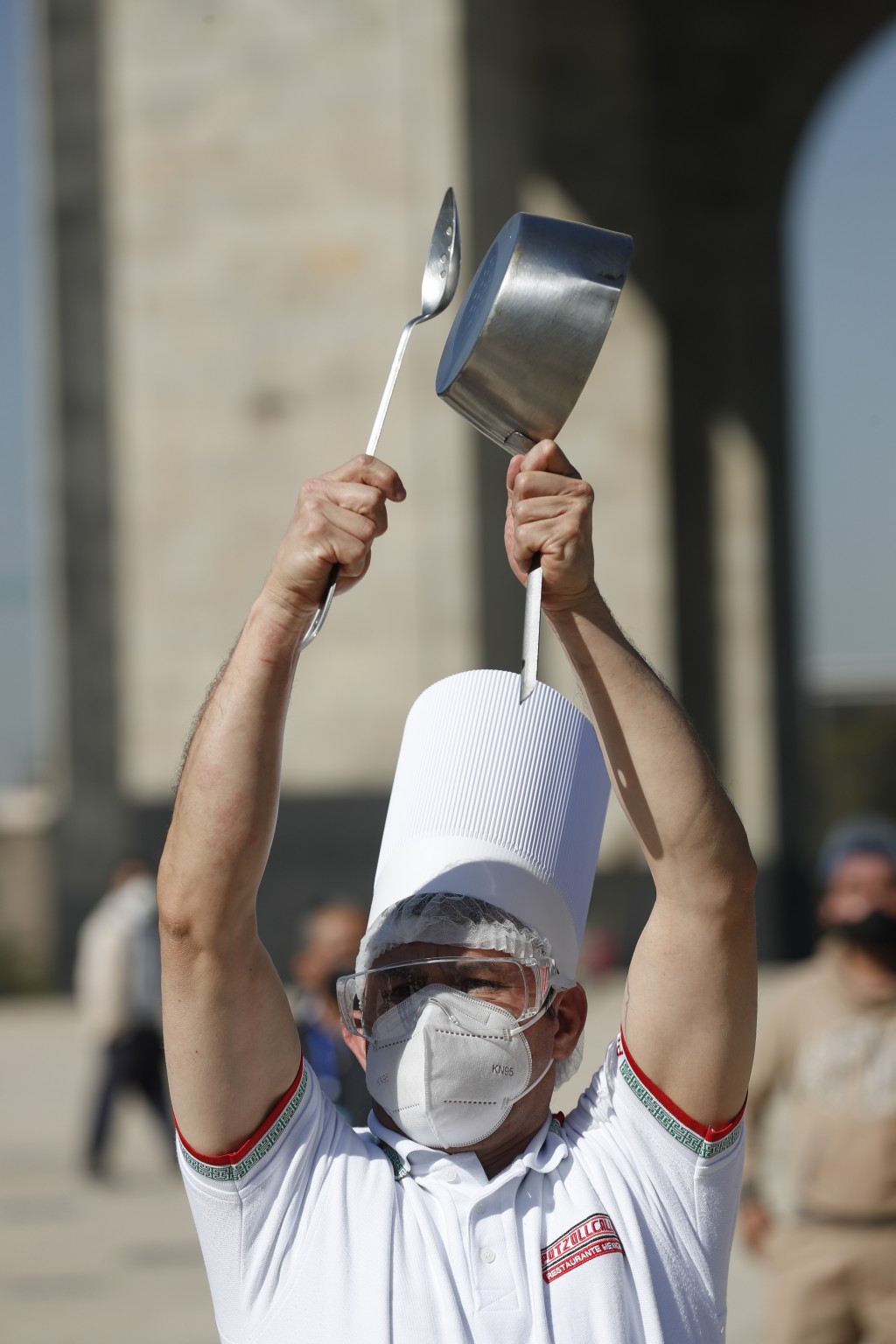 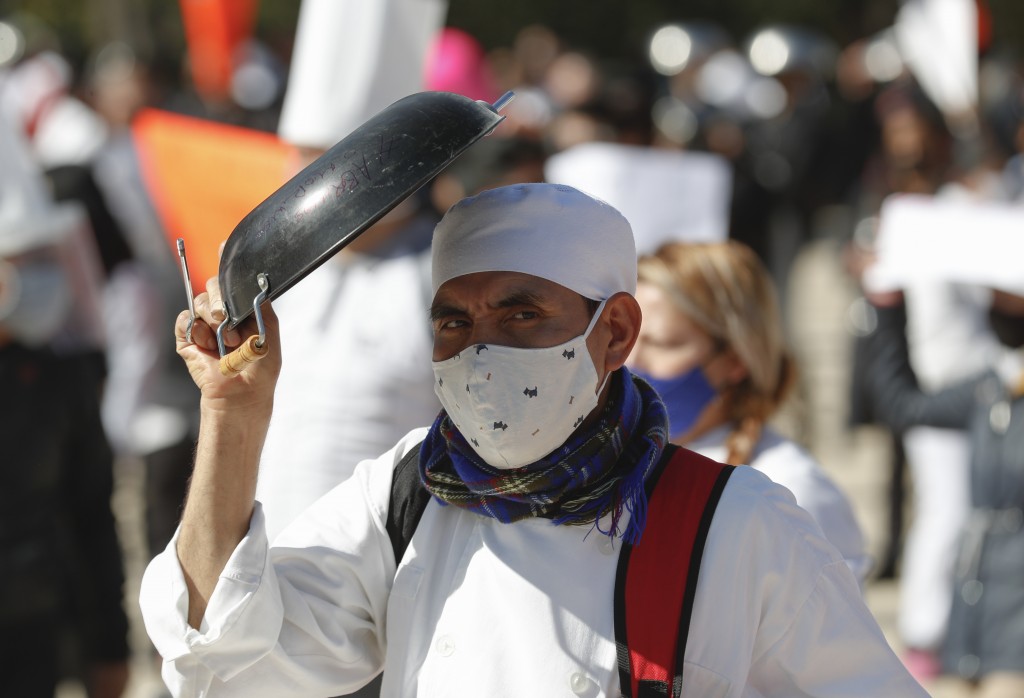 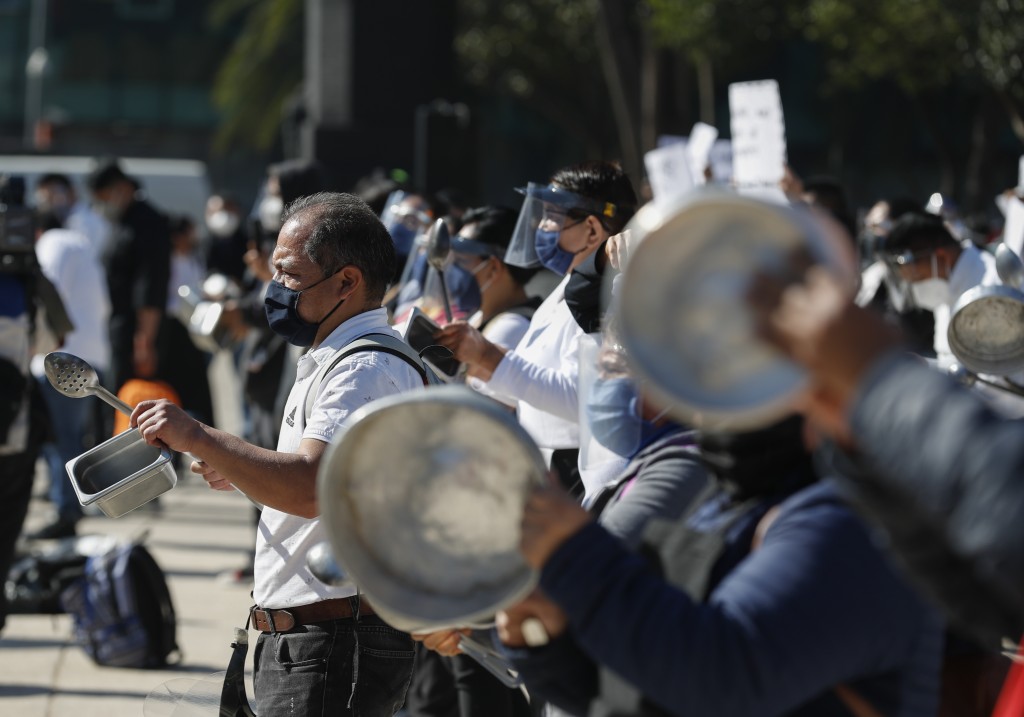 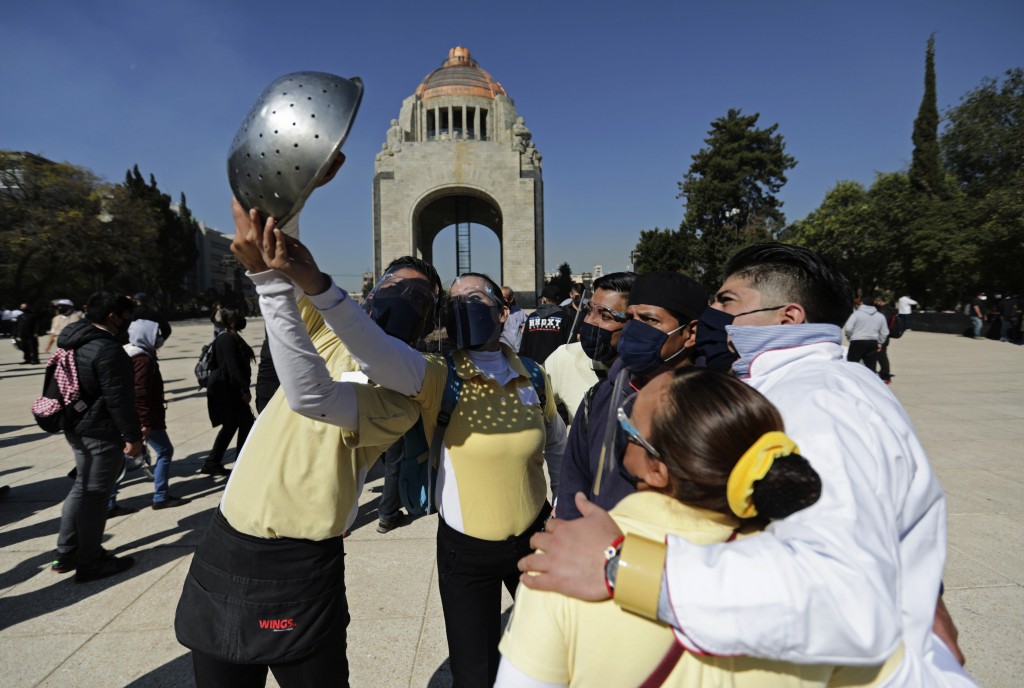 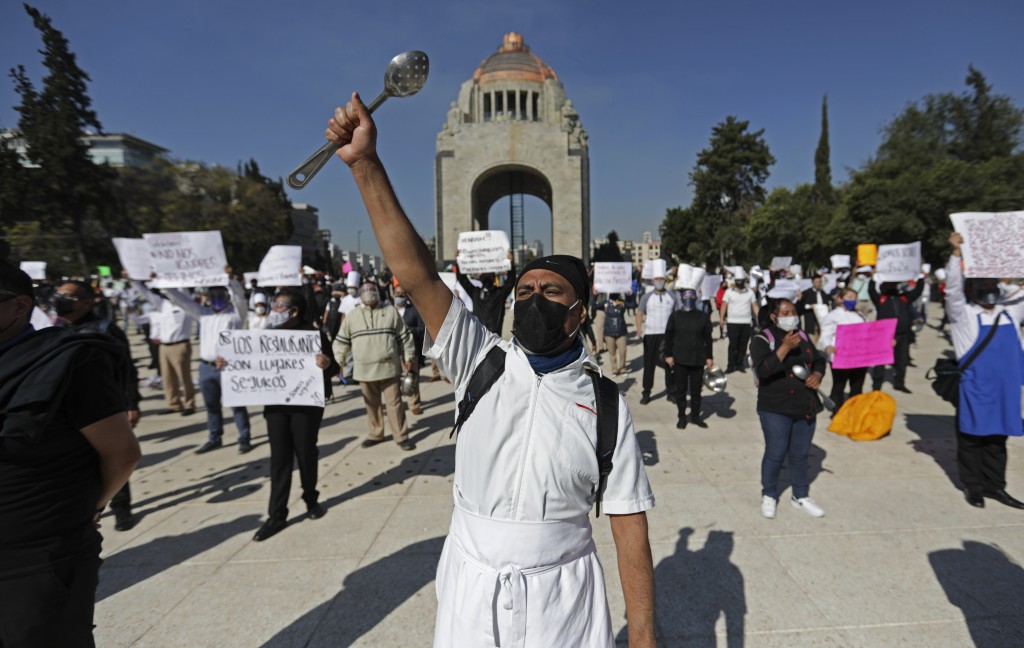 MEXICO CITY (AP) — Desperation mounted in Mexico Thursday as the country runs out of coronavirus vaccines, a government registration website crashed for a third straight day and restaurant workers protested virus restrictions they say are driving them into poverty.

Hundreds of cooks, waiters and other restaurant employees gathered at Mexico City's Revolution Monument in their uniforms Thursday, banging cooking pots and chanting “Either we open, or we die!”

The city — where hospitals are over 80% full — allows only take-out service, with open air-dining allowed at some restaurants that have outside space. But employees say that business isn't enough to keep them going.

Even as Mexico scrambles to line up shipments of Russia’s Sputnik vaccine, no new doses are expected to arrive until mid-month.

Millions of Mexicans who tried to register for vaccines when they do arrive were met with a non-functional website. Authorities have said the number of people seeking to register overloaded the government web page and its servers.

The official advice since the site was launched Tuesday has been to keep trying.

But even to find out the site wasn’t working, Mexicans still had to pass a Captcha “I am not a robot” test in English, asking them to pick out photos of objects like curbside fire hydrants that don’t exist in Mexico, or objects like chimneys that look very different in Mexico.

While the site at least now loads — on Wednesday it simply returned a server error message — the holdup now appears in the link to another government agency that has to check official ID numbers. That agency spends hours “checking” registration requests, only to return a message of “no response.”

Authorities have said they are still working on getting enough server capacity to handle the number of people attempting to register.

Mexico has received only about 760,000 doses of the Pfizer vaccine, and has only about 89,000 of those left, many of which are earmarked for second shots.

It expects to get more Pfizer doses by mid-month, and as many as 400,000 Sputnik shots by the end of February, but they won't be enough to vaccinate even the country's 750,000 frontline health workers and represent a drop in the bucket for Mexico's population of 126 million.