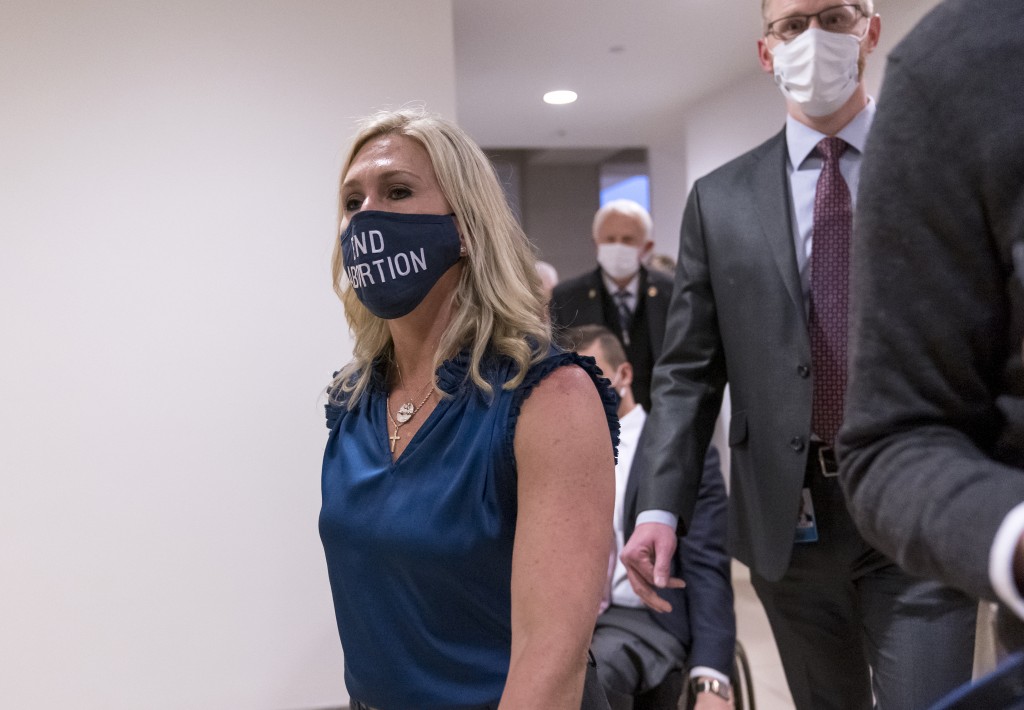 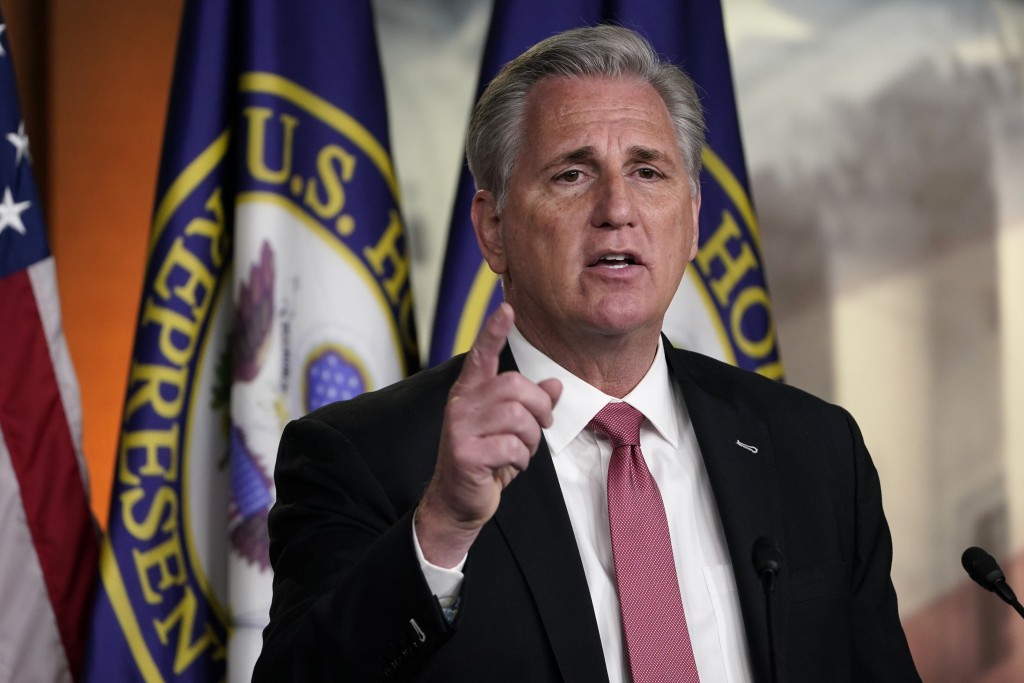 WASHINGTON (AP) — House Republican leader Kevin McCarthy is claiming he's unfamiliar with an extremist conspiracy theory whose adherents joined the violent assault on Congress and hunted for his members as well as Democrats. He says he’s not even learned how to pronounce it.

This, despite his denunciation of the same conspiracy theorists months ago.

Rep. KEVIN McCARTHY: “Q-on, I don’t know if I say it right. I don’t even know what it is.” — comments Wednesday defending Rep. Marjorie Taylor Greene despite her history of making absurd and racist statements, some aligned with QAnon beliefs.

THE FACTS: McCarthy knew enough about QAnon to denounce it in a politically expedient moment after the Democratic National Convention in August.

In a Fox News interview then, McCarthy was asked if he was worried about candidates with fringe or racist views who, like Greene, had won Republican primaries. He held up the Republican Party as the model for how to deal with such outliers.

“Let me be very clear,” he said. “There is no place for QAnon in the Republican Party. I do not support it.”

McCarthy accused Democrats of indulging members who are anti-Semitic and said: “I think the Democrats should take a lesson from the Republicans and stand up to those things that are un-American and are wrong.”

Moreover, he said, “When a member of the Republican Party says something that we believe is not about the party of Lincoln, we remove them from committee.”

But that’s not at all what happened Wednesday at a closed Republican meeting convened by McCarthy. He rebuked Greene’s views but did not revoke her committee assignments. Afterward, he defended her by saying she had criticized QAnon at the meeting.

The House planned to vote Thursday on whether to strip Greene of her committee assignments after McCarthy declined to do so. In contrast, the Senate Republican leader, Mitch McConnell, has assailed her “loony lies” as a cancer in the party.

Until Thursday, Greene had been defiantly unrepentant, declaring “I will never back down.” But on the cusp of the House vote on her future, she expressed regret for some “words of the past" without apologizing for them and said she didn't believe some of the views she had spread.

The Georgia Republican has an ample record of expressing racist, anti-Semitic and anti-Muslim views. She also floated a baseless conspiracy theory that falsely suggests the 2017 mass shooting that killed 58 people at a Las Vegas music festival might have been staged to build support for gun control.

She questioned whether the 2012 mass murder of children and adults at Sandy Hook Elementary School in Newtown, Connecticut, among other mass shootings, was real. She "liked” Facebook posts that advocated violence against Democrats and the FBI and raised the idea of shooting House Speaker Nancy Pelosi in the head.

She once declared the “stage is being set” for someone’s suggestion that former President Barack Obama be hanged.

QAnon is centered on the core lie that top Democrats are involved in child sex trafficking, Satan worship and cannibalism.