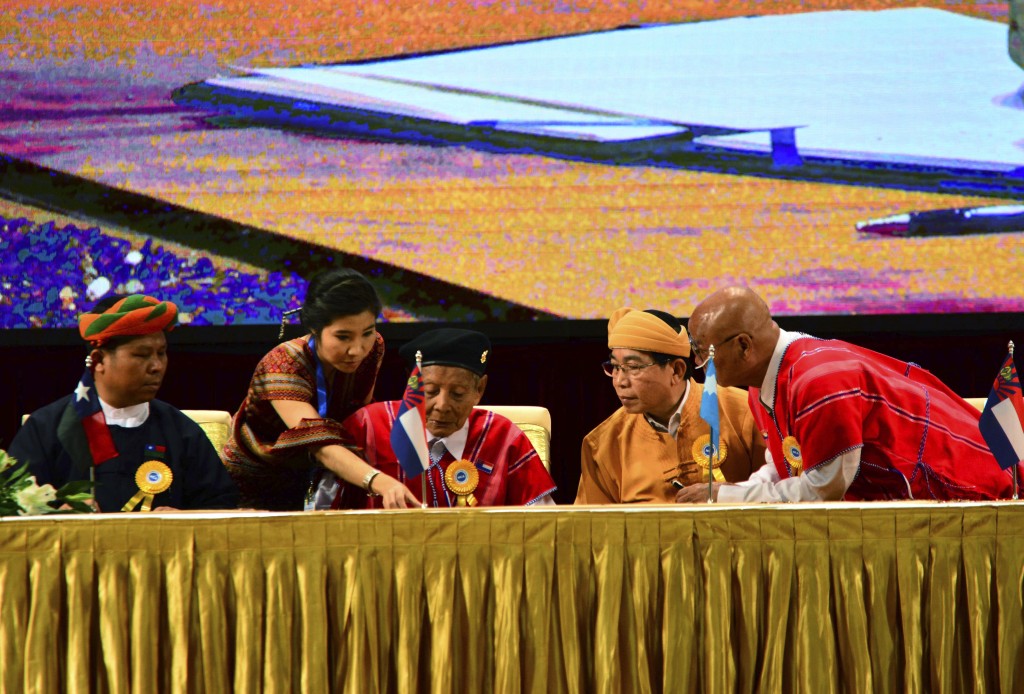 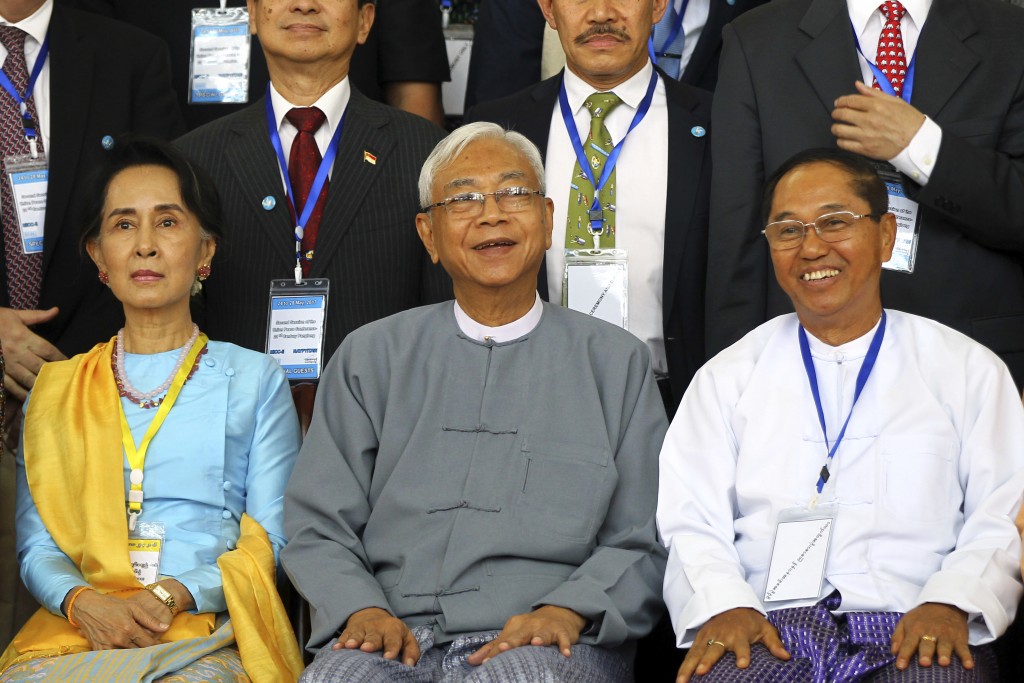 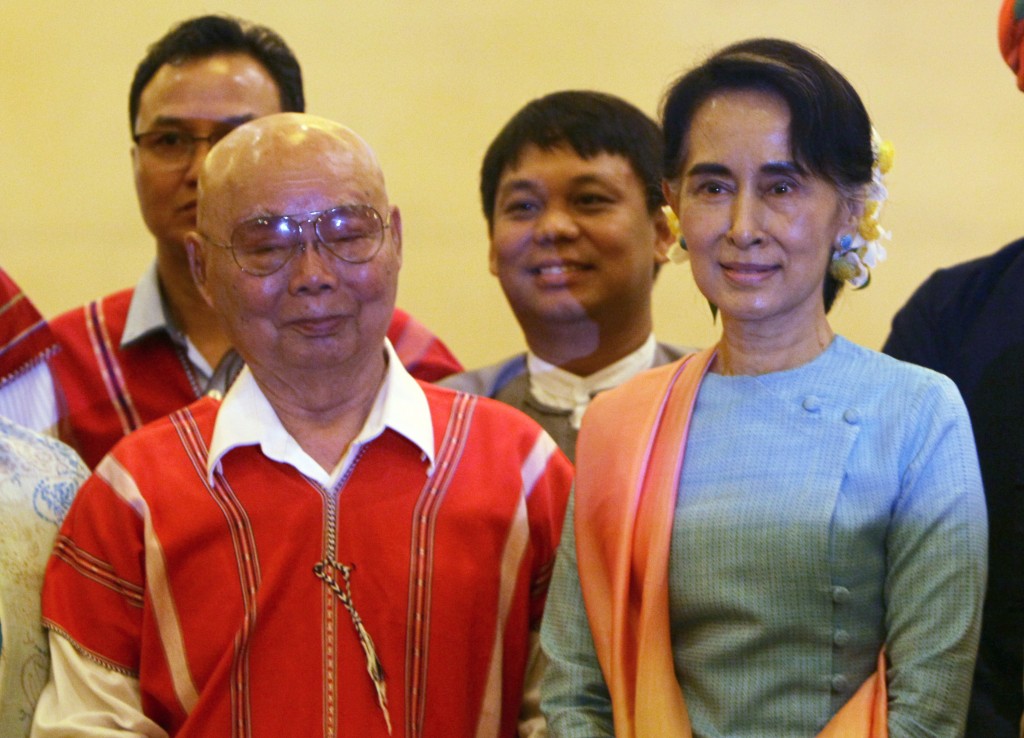 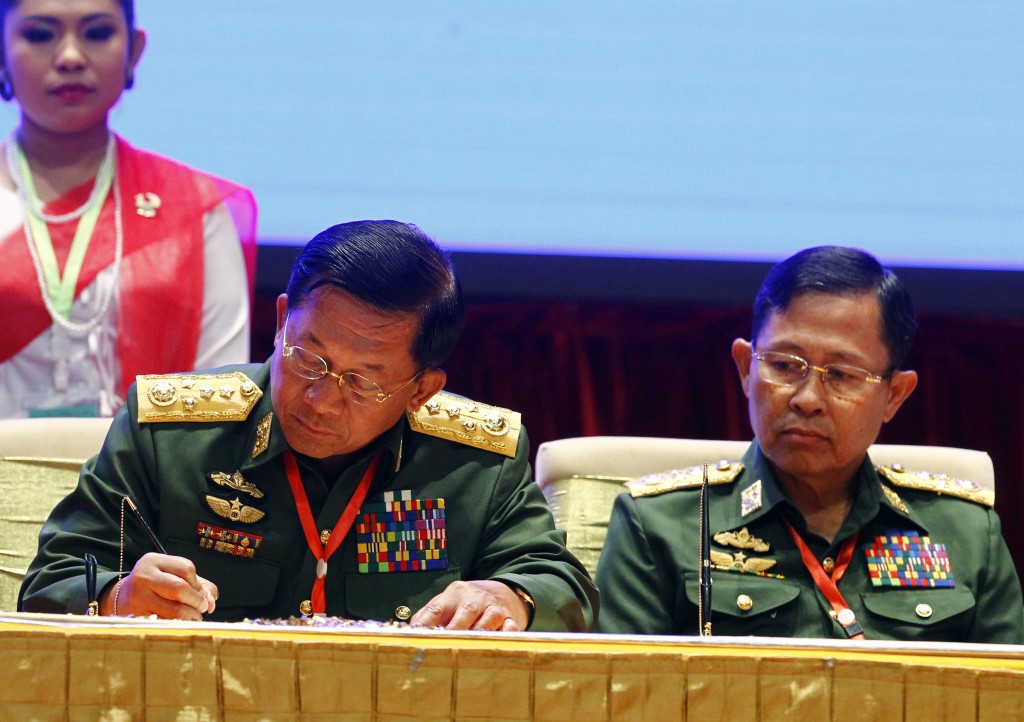 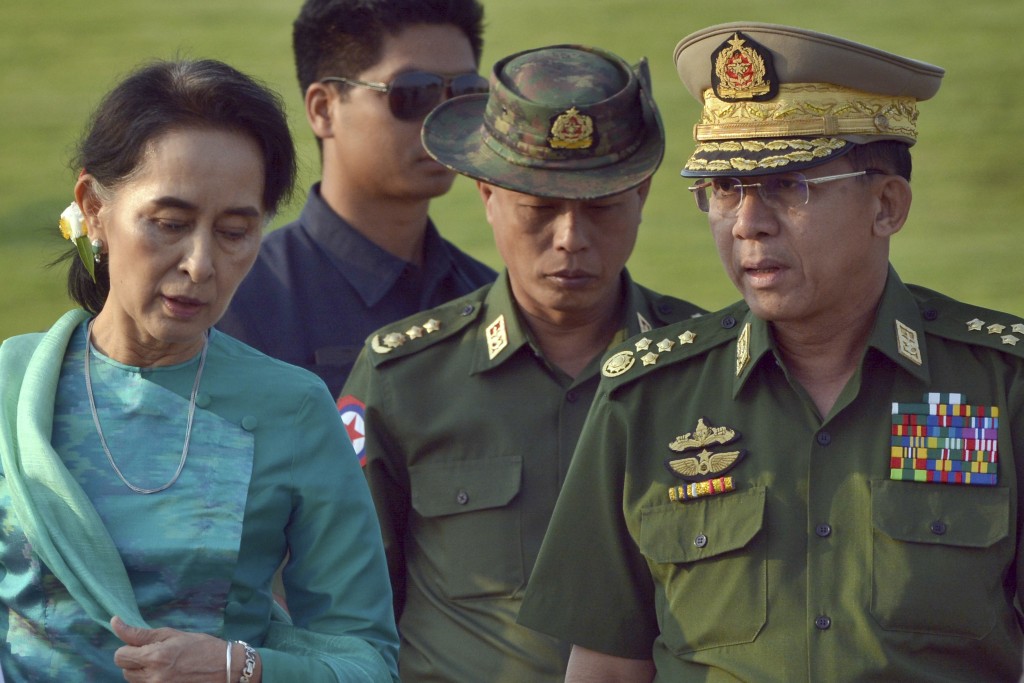 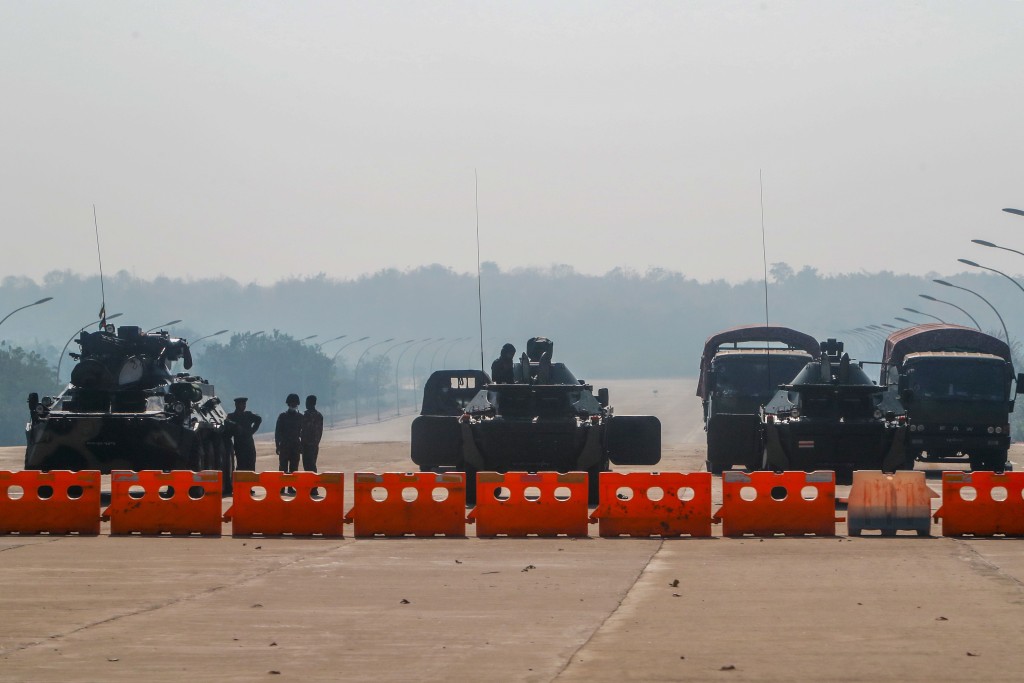 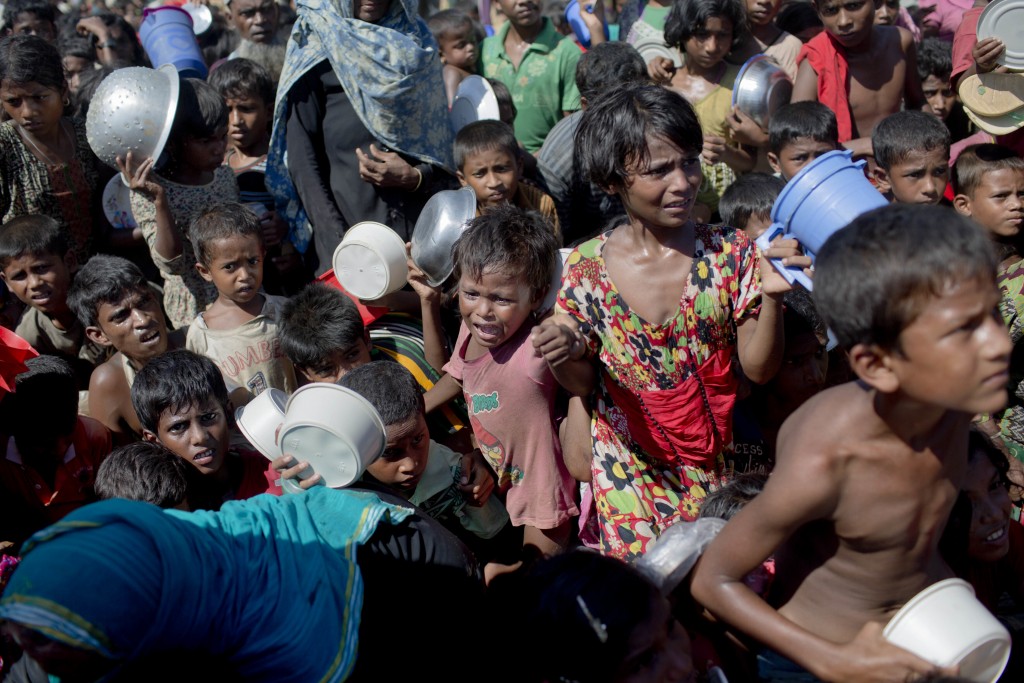 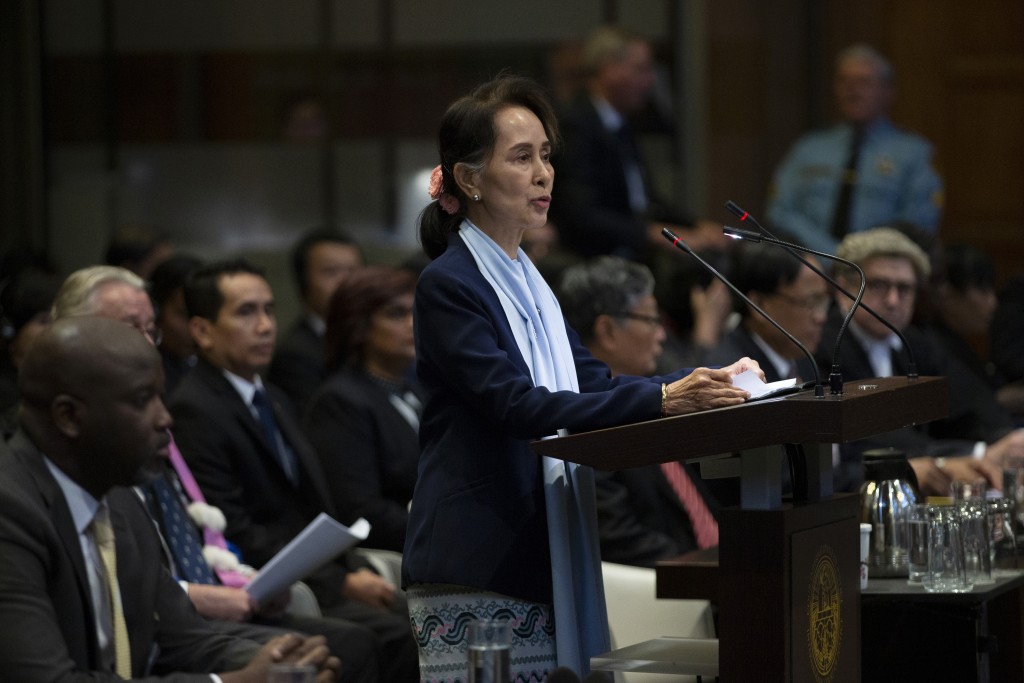 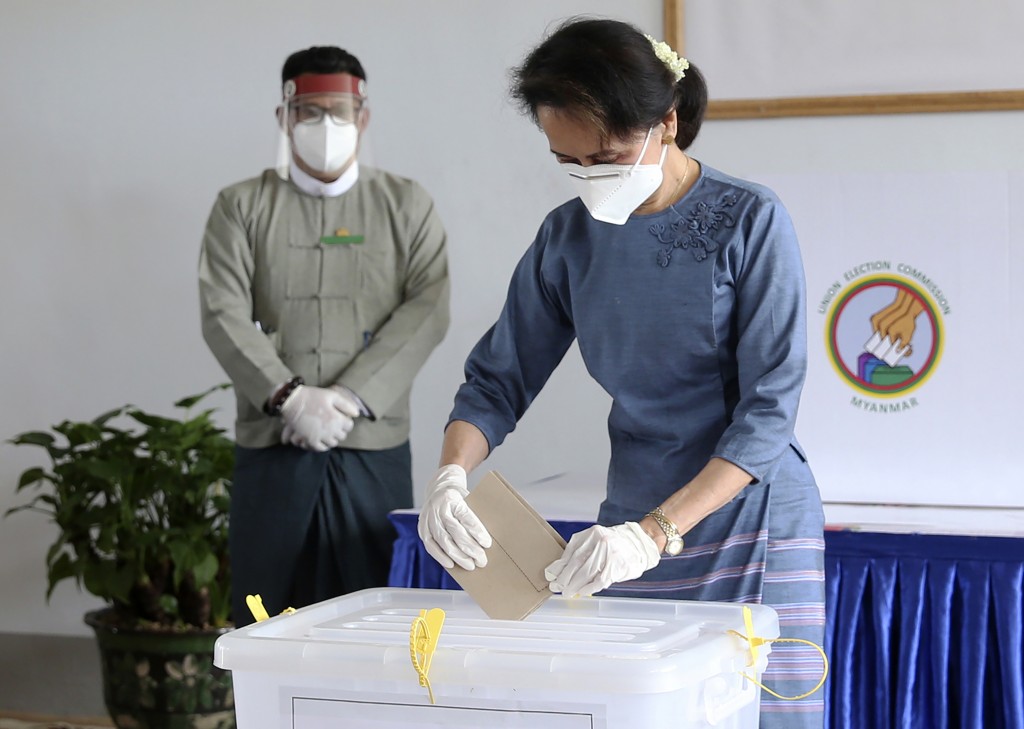 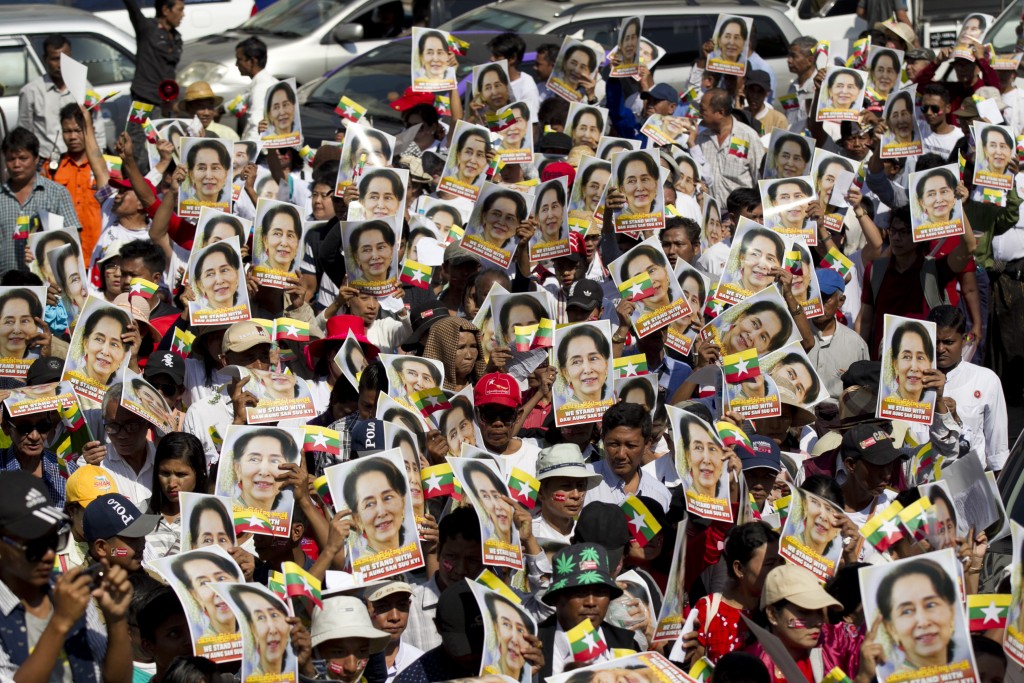 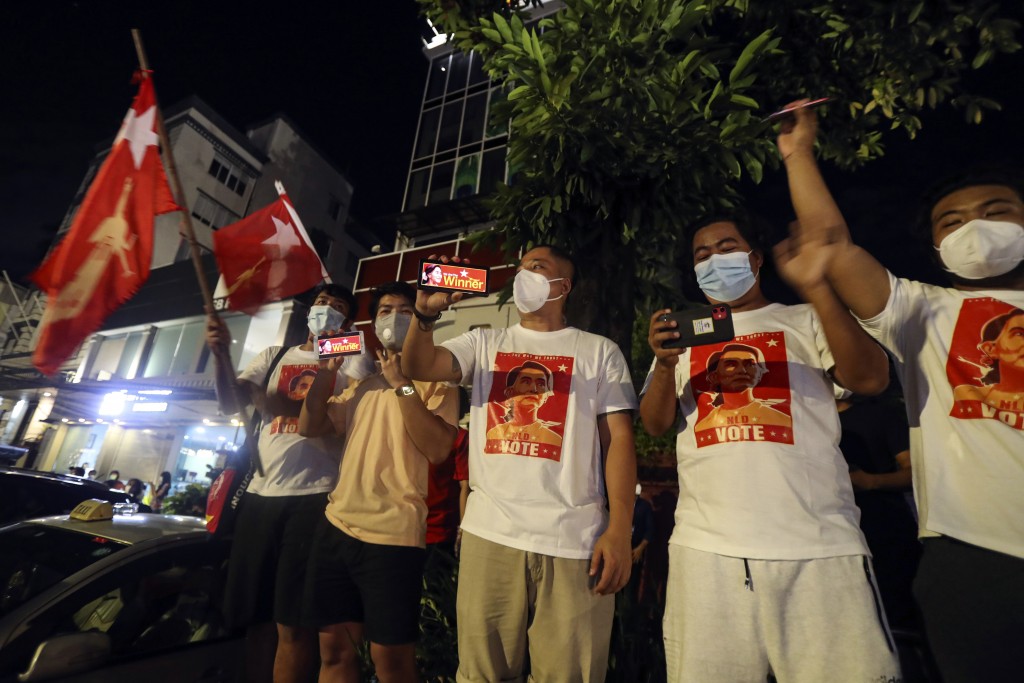 JAKARTA, Indonesia (AP) — The future of the fragile peace process that has sought to end Myanmar's decades-long conflict between the military, armed ethnic groups and militias has become even more uncertain following the military coup that removed high-ranking elected officials, including Aung San Suu Kyi, from power.

Over 20 ethnic groups have been fighting the military over control of predominantly ethnic-minority borderland areas, including Shan, Kachin, Karen and Rakhine states. The groups have sought greater autonomy for their regions, which are often rich with natural resources. The military and militias aligned with it have fought for continued centralized power and control.

The military announced Monday that it will take power for one year, accusing Suu Kyi’s government of not investigating allegations of voter fraud in recent elections. Suu Kyi’s party swept that vote and the military-backed party did poorly. The state Election Commission has refuted the allegations.

Suu Kyi was charged on Wednesday with possessing illegally imported walkie-talkies, which gives the military legal grounds to detain her for two weeks.

Experts fear the country's already fragile peace process could break down as a result of the coup.

Myanmar has one of the longest civil conflicts in world, with fighting continuing at different times across the country since 1949.

Many of the armed groups want greater autonomy, which they feel was promised by Suu Kyi's father, Gen. Aung San, via the Panglong Agreement of 1947, which called for a federal system of government, ethnic minority rights and religious freedom. Aung San was assassinated later in 1947.

Decades of junta rule that followed resulted in a slew of human rights violations, including the use of civilians as slave labor, rapes, extrajudicial killings and burning of entire villages.

“When the Myanmar military was coming, ethnic Shan, Kachin, Mon, Karen and others would run into the jungle,” said Phil Robertson, deputy director of Human Rights Watch's Asia division. “Atrocities against ethnic people by the military were widespread, systematic and done with impunity.”

When democratic reforms began in 2011, unilateral cease-fire agreements were signed by several groups, with others signing additional cease-fires in the years that followed.

In 2015, a nationwide National Cease-fire Agreement was formed, with many ethnic leaders and government officials signing on.

Yet even with cease-fires and peace summits, fighting has continued across the country.

In 2018, a United Nations fact-finding mission released a report on Myanmar describing massive violations by the military, also called the Tatmadaw, in three ethnic states.

“During their operations the Tatmadaw has systematically targeted civilians, including women and children, committed sexual violence, voiced and promoted exclusionary and discriminatory rhetoric against minorities, and established a climate of impunity for its soldiers,” said Marzuki Darusman, the mission's chairperson.

The military also targeted minority Rohingya Muslims in a brutal 2017 counterinsurgency campaign that drove more than 700,000 from Rakhine state to neighboring Bangladesh. Critics say the army’s actions constituted genocide. The Rohingya have not been involved in the peace process.

After her party won a general election last November, Suu Kyi spoke of a renewed effort in the peace process, with the hope of including political parties and community organizations.

But the military's takeover could drastically shift chances for the peace process.

“Due to the seizures of power, the National Cease-fire Agreement (NCA) and the peace process which are being implemented by the participation of the government, the Parliament, the Tatmadaw, the political parties and the ethnic armed organizations can cease to work,” said a statement by the Restoration Council of Shan State, a large ethnic army headquartered on the Thai-Myanmar border.

The Karen National Union, one of Myanmar’s oldest armed ethnic organizations with considerable influence over other NCA signatories, issued a statement calling for the release of all arrested leaders and for political issues to be resolved peacefully.

But some notable groups have not commented, including the Northern Alliance, consisting of four armed organizations that have been involved in some of the most violent clashes in recent years.

“It's going to be particularly important to see where the other groups stand,” said Laetitia van den Assum, a former Dutch diplomat and member of the Advisory Commission on Rakhine State created by the government and the Kofi Annan Foundation. “And this is where it becomes so dangerous ... the risk of escalation of violence is huge.”

Some experts said the military might wait for the dust to settle in the short term, but are apprehensive about what will happen later.

“I think their actions in the medium to longer term will not be conducive to a political settlement that Myanmar’s ethnic minorities desire and have worked towards for 60 years. This is bad news for the peace process," said Ronan Lee, a visiting scholar at Queen Mary University of London’s International State Crime Initiative.

Humanitarian organizations warn that the burden of increased conflict is likely to fall on civilians across the country.

Hundreds of thousands of people have already been displaced by the conflict. Civilians are also maimed and killed every month by land mines, which are actively used by the military and several armed groups. The groups often levy taxes against villagers, who can face detainment if they refuse. Civilians also are used as forced porters, and forced conscription is still practiced by some groups.

“People are afraid of what is going to happen with the military back in total control,” Robertson said. “And history shows that they have real reasons to be afraid.”