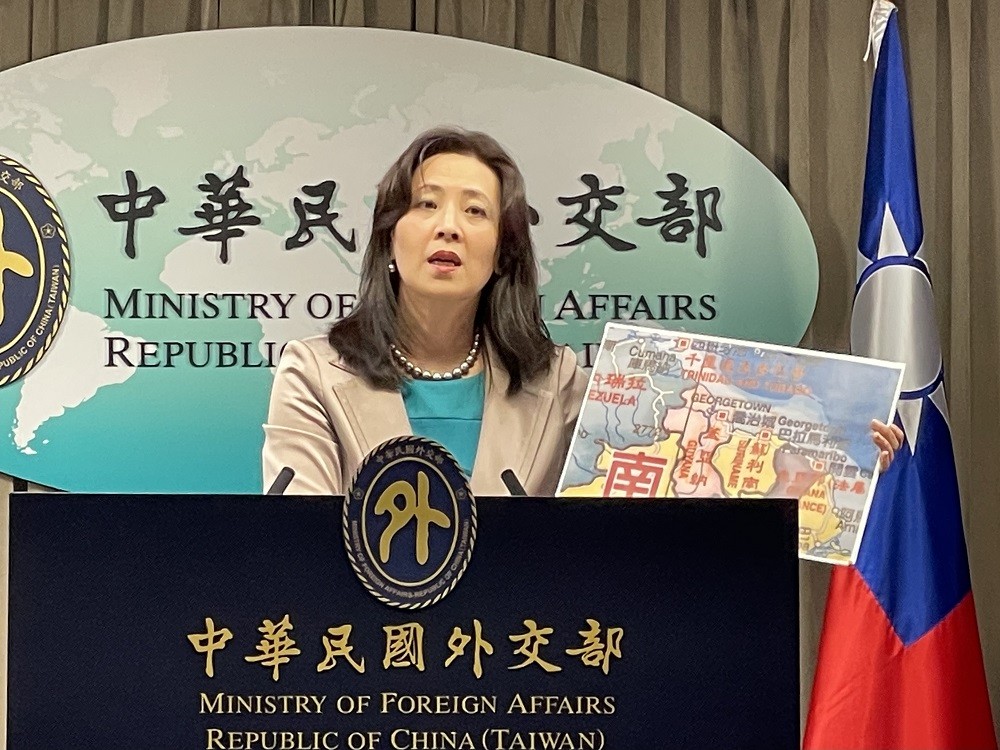 TAIPEI (Taiwan News) — Taiwan will establish a representative office in Guyana in a bid to counter China’s growing influence in South America.

The Ministry of Foreign Affairs (MOFA) made the announcement on Thursday morning (Feb. 4). Taiwan and Guyana concluded their consensus on deepening the bilateral relationship with an agreement signed Jan. 11, the ministry said via a statement.

Taiwan will establish a “Taiwan Office” in the South American nation, said MOFA Spokesperson Joanne Ou (歐江安) at a press briefing that day. She cited Guyana’s economic prospects and strategic geographical location as the main reasons for Taiwan to seek an advanced relationship with it.

At this stage, the two nations will focus on deepening trade ties, Ou stressed. The office will also be tasked with providing consular services and promoting business.

Staff from the ministry commenced preparations for the representative office in Georgetown, Guyana’s capital, in mid-January. However, who the de facto ambassador will be is still “in the planning stage,” according to Ou.

The U.S. Embassy in Guyana on Wednesday (Feb. 3, Georgetown time) moved quickly to welcome the decision, which it described as facilitating mutual “prosperity and security.” “This milestone will benefit both partners and advance security, democratic values and prosperity in the region,” tweeted Julie Chung, acting assistant secretary in the State Department’s Bureau of Western Hemisphere Affairs.

The U.S. welcomes the establishment of a Taiwan office in Guyana, which will strengthen their growing relationship.

This milestone will benefit both partners and advance security, democratic values and prosperity in the region. https://t.co/qPmwg7GeLt

The office in Guyana will be the second representative office named after “Taiwan,” following the opening of one in Somaliland in 2020. Guyana, however, has not yet decided to open an office of equal status in Taiwan.

The small nation, which serves as a geographical link between South America and the Caribbean, established diplomatic relations with China in 1972. Should Guyana eventually decide to set up a representative office in Taiwan, similar conditions and privileges granted to the Taiwan Office in Guyana shall apply, the ministry said.

Guyana — known officially as the Cooperative Republic of Guyana — is situated in northeastern South America and has a population of about 750,000. Its economy depends on exports of sugar, gold, bauxite, shrimp, timber, and rice.