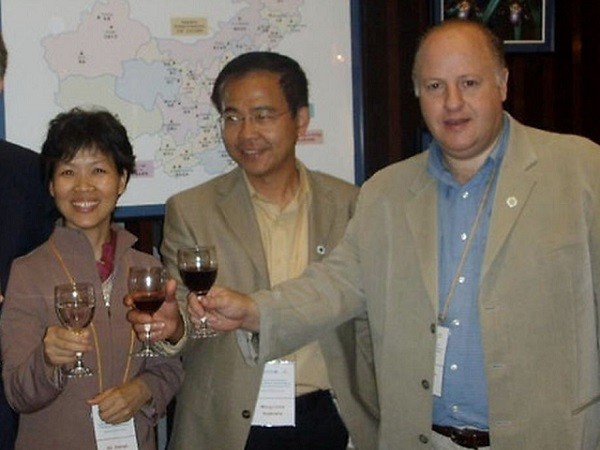 TAIPEI (Taiwan News) — A prominent molecular biologist at Rutgers University claims that a member of the World Health Organization (WHO) team investigating the origins of COVID-19 in Wuhan has a conflict of interest, due to his ties with the Wuhan lab at the center of the inquest.

British zoologist and the president of EcoHealth Alliance Peter Daszak is the only individual to be part of both the WHO and The Lancet teams investigating the origins of the Wuhan coronavirus pandemic. However, he has long-term professional and financial ties with the Wuhan Institute of Virology (WIV), which represents a conflict of interest.

Richard H. Ebright is the Board of Governors Professor of Chemistry and Chemical Biology at Rutgers University, and Laboratory Director at the Waksman Institute of Microbiology. He told Taiwan News that Daszak is the contractor who funded the WIV's research on bat SARS-related coronaviruses, with subcontracts of $200 million in USAID funding and $7 million in NIH funding.

In addition to the funding EcoHealth Alliance receives from USAID, NIH, and other agencies, which it funnels into the WIV, Ebright stated the firm received US$30 million from the US Department of Defense.

When asked whether Daszak had been involved in the controversial gain of function experiments on bat coronaviruses at the WIV, Ebright said: "Daszak has been a contractor, a collaborator, and a co-author on work at the WIV on construction and analysis of novel chimeric coronaviruses."

A report by Independent Science News and a search of U.S. government databases revealed that EcoHealth Alliance received US$39 million in funding from the Pentagon from 2013 to 2020. Adding another US$64.7 million from USAID, the report found that Daszak's "non-profit organization" has raked in over US$103 million from the U.S. government.

Since 2014, Daszak's organization has funneled some of this U.S. government funding into the WIV to carry out research on bat coronaviruses. In the first phase of research, which took place from 2014 to 2019, Daszak coordinated with Shi Zhengli (石正麗) — also known as "Bat Woman" — at the WIV to investigate and catalog bat coronaviruses across China. EcoHealth Alliance received US$3.7 million in funding from the NIH for this research, and 10 percent was channeled to the WIV, reported NPR. The second phase, which started in 2019, involved gain-of-function (GoF) research on coronaviruses and chimeras in humanized mice from the lab of Ralph S. Baric of the University of North Carolina. In a video interview originally recorded on Dec. 9, 2019, Daszak mentioned the testing of modified coronaviruses on human cells and humanized mice in the WIV, just weeks before the first cases of COVID-19 were announced in the city of Wuhan, China.

Daszak has dismissed the possibility of a lab leak, insisting since the start of the pandemic it's a "conspiracy theory" — without providing evidence for his claim. A report by U.S. Right to Know alleges that emails released through freedom of information requests reveal that Daszak persuaded 26 prominent scientists to sign a statement published in The Lancet on Feb. 19 2020, claiming that any suggestions that COVID-19 was not of natural origin are "conspiracy theories."

Four signatories of The Lancet statement are employed by EcoHealth Alliance. Six scientists who signed the statement, including Daszak, now comprise half of The Lancet's panel investigating the origins of the virus.

Furthermore, Daszak in 2015 co-authored an article in the journal Nature titled, "Spillover and pandemic properties of zoonotic viruses with high host plasticity," in which he stated that zoonotic virus spillover from wildlife was "most frequent" in a number of settings and occupations, including "laboratory workers." He also warned that laboratories are one of the most dangerous settings for major spillover events.

"Among all high risk interfaces and hosts, only viruses transmitted to humans by contact with wild animals in the wildlife trade and in laboratories ... were more likely to have broader geographic reach," Daszak said.

Daszak's colleague, Shi Zhengli, in 2010 published a paper describing a scenario in which infected rodents led to a deadly virus being leaked from a Chinese lab. The paper, titled, "Hantavirus outbreak associated with laboratory rats in Yunnan, China," detailed an outbreak of hantavirus hemorrhagic fever with renal syndrome (HFRS) at a college in Kunming as the result of a lab leak in 2003.

Since the start of the pandemic, both Daszak and Shi have denied that a lab leak occurred at the WIV. However, over a year since the outbreak, Shi has yet to provide independent investigators with access to the WIV's database and laboratory records.

Daszak has yet to respond to a request to comment on allegations that he has a conflict of interest in the WHO and The Lancet investigations. The WIV has also yet to reply to questions about their experiments in 2019. 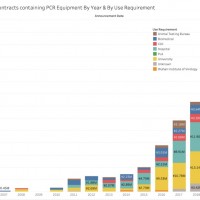 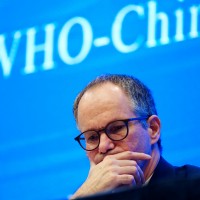 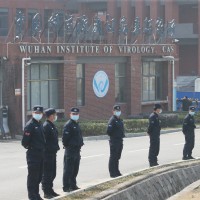