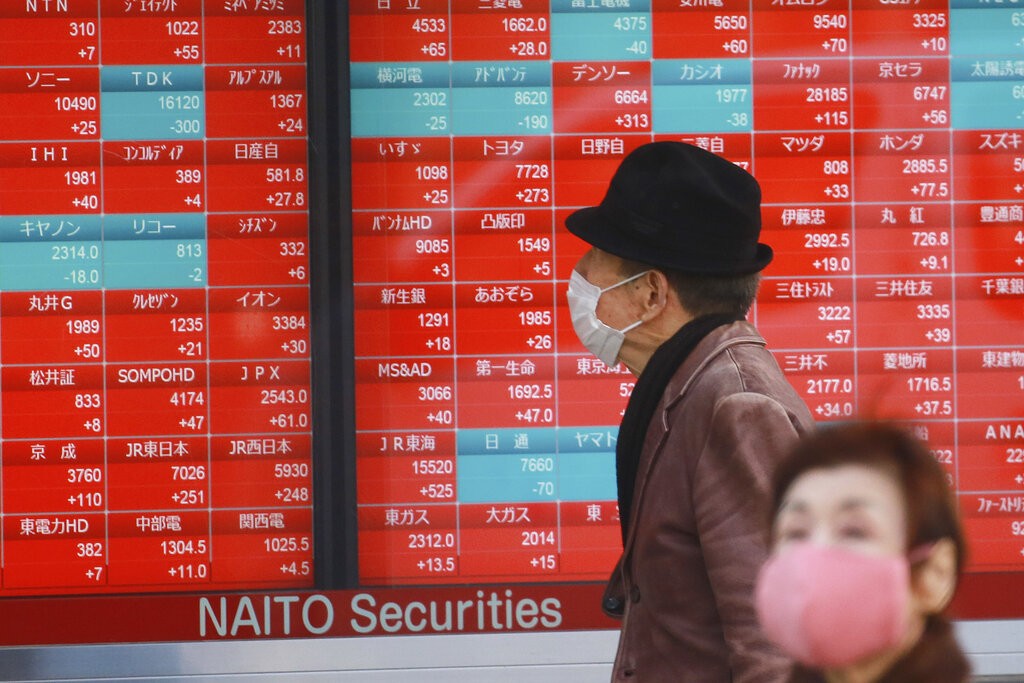 With Democrats and Republicans remaining far apart on support for President Joe Biden's $1.9 trillion stimulus package, investors are betting that the administration will opt for a reconciliation process to get the legislation through Congress.

“Positive earnings reports as well as hopes for Biden’s fiscal rescue plan may have bolstered risk sentiment, with U.S. Senate Democrats announcing they would push through with the stimulus bill even without bipartisan support," Prakash Sakpal and Nicholas Mapa of ING said in a report.

Shares in GameStop and other recent high-flying stocks hyped by online traders plunged. The stocks have been caught up in a speculative frenzy by traders in online forums and on social media who seek to inflict damage on Wall Street hedge funds that have bet these stocks would fall.

GameStop plunged 60% to $90 a share on Tuesday, and AMC Entertainment lost 41.2% to $7.82 a share. Both companies have been in the spotlight for more than two weeks as the online community of investors pushed the stocks to astronomical levels.

The price of silver, whose 9% spike on Monday fueled speculation the precious metal was also being hyped by online traders, sank by more than 10% on Tuesday. On Wednesday it was steady, gaining 52 cents to $26.93 an ounce.

Investors continue to focus on Washington. President Biden invited 10 moderate Republicans to the White House to discuss his proposed $1.9 trillion economic aid plan. Republicans earlier countered with an offer of $600 billion, or less than one-third of Biden's proposed amount.

Stocks rose heading into 2021 on expectations the rollout of coronavirus vaccines would allow global business and travel to return to normal. That optimism has been dented by infection spikes and disruptions in vaccine deliveries.

In other trading, benchmark U.S. crude oil gained 48 cents to $55.24 per barrel in electronic trading on the New York Mercantile Exchange. It gained $1.21 on Tuesday to $54.76 per barrel. Brent crude, the international standard, picked up 62 cents to $58.08 per barrel.