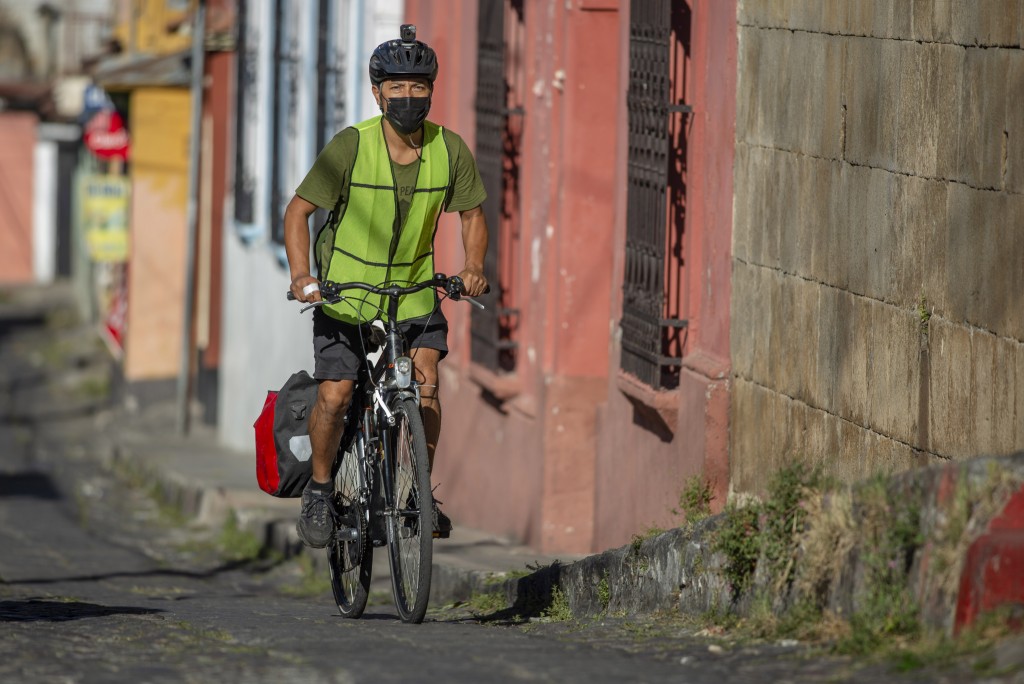 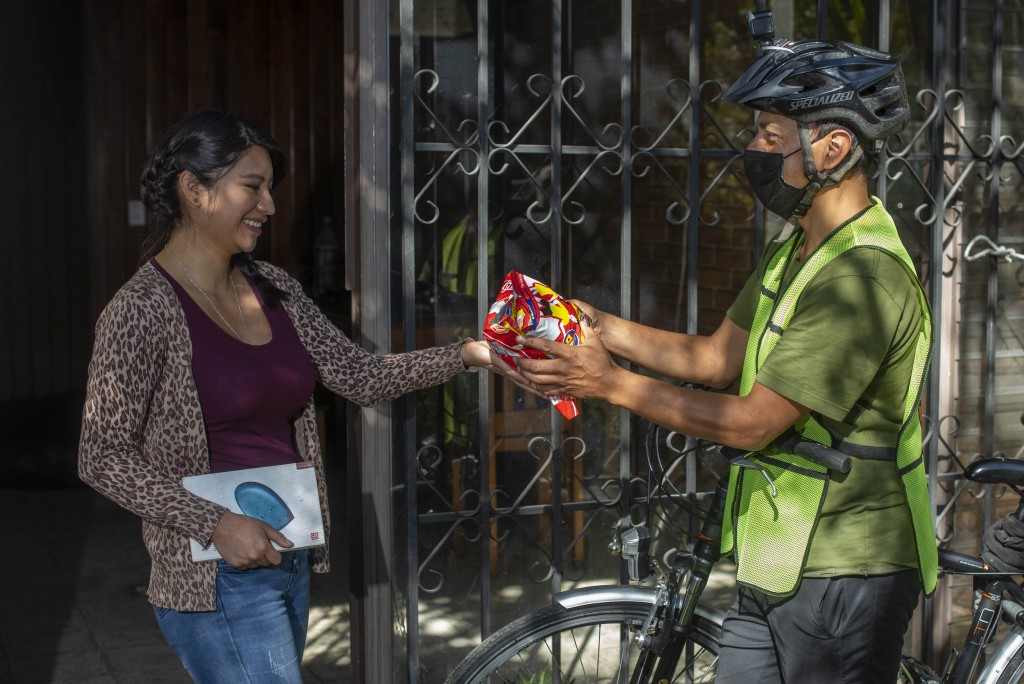 Bonifaz Díaz biked through the sprawling city of Quetzaltenango, 7,640 feet (2,330 meters) above sea level among Guatemala’s volcanoes, to deliver a sociology book to the home of a local teacher. He pedaled away with four brightly colored bags of Incaparina, a popular cereal mix crucial in fighting child hunger.

The coronavirus has worsened child malnutrition in Guatemala, which already suffered from the worst rate of it in the Western Hemisphere. Since the pandemic hit, Díaz has cycled more than 1,200 miles (2,000 kilometers) with his saddlebags filled with donated books, and lugged back thousands of pounds of the oatmeal-like food for a local NGO that feeds nearly 400 kids.

People pick a book they want from a list of donated titles, and in return give several bags of Incaparina. By bringing the books-for-food barter program directly to people’s homes, the 44-year-old is ensuring that donations keep flowing to fight the hunger crisis as many people stay home as much as possible to avoid catching or spreading the virus.

"People want to provide support, but … the ‘stay-at-home’ has gotten very strong," said Díaz, an actor by profession and avid cyclist. "People get motivated if I go to their home with my bike.”

He sometimes tows a small cart to be able to carry as much as 125 pounds (57 kilograms) and has gone as far as 37 miles (60 kilometers) for a delivery to a nearby town in the highlands, where many roads are gutted with potholes.

A 1 pound bag of Incaparina, which provides 24 servings, costs just 9 quetzales ($1.15). But that's well out of reach for the families that are served by the nonprofit 32 Volcanoes, co-founder Dr. Carmen Benítez said, with 97% of those households scraping by on less than that per day in income.

Nearly half the population of Guatemala's Western Highlands, a majority-indigenous region, suffers from chronic malnutrition, according to the World Bank, and Incaparina is a lifesaver for many families.

On visits to rural homes that get help from 32 Volcanoes' nutrition programs, Benítez often sees little food on the shelves other than a bright red Incaparina bag, some salt and corn for tamales — or cheap, processed foods that do nothing to prevent stunting and increase diabetes, as well as learning and behavioral disabilities.

With the number of kids her association helps skyrocketing from 120 to 382 during the pandemic, “the bartering is food security," Benítez said. "The idea is that before age 5, children won’t already be chronically malnourished.”

And the initiative is having an impact.

“Seeing that the children are less scared, that they play more … that is where we can get results,” she said.

Nearly a year into the books-for-food program, two more cyclists have joined Díaz. Donations are pouring in, from books and artwork for bartering to different kinds of nutrient-rich foods like amaranth grain.

Ana Castillo, the 29-year-old high school teacher who last weekend received the sociology book, “Liquid Love,” a study on modern relationships, is a regular donor. The 4 pounds (1.8 kilograms) of Incaparina she provided in return will help a highlands family eat for a month.

Castillo delights in choosing her books from the titles Díaz posts on social media, and she loves the feeling of a “growing circle” of giving and receiving.

“You might not get to those places, but your help can," she said. "This small grain of sand to be able to change this country.”

For his part, Díaz plans to continue cycling against hunger as long as it's needed, even as he's struggling economically as well since the theater company he co-founded has been shuttered since last spring.

“It’s an opportunity to serve in which we all benefit,” he said.