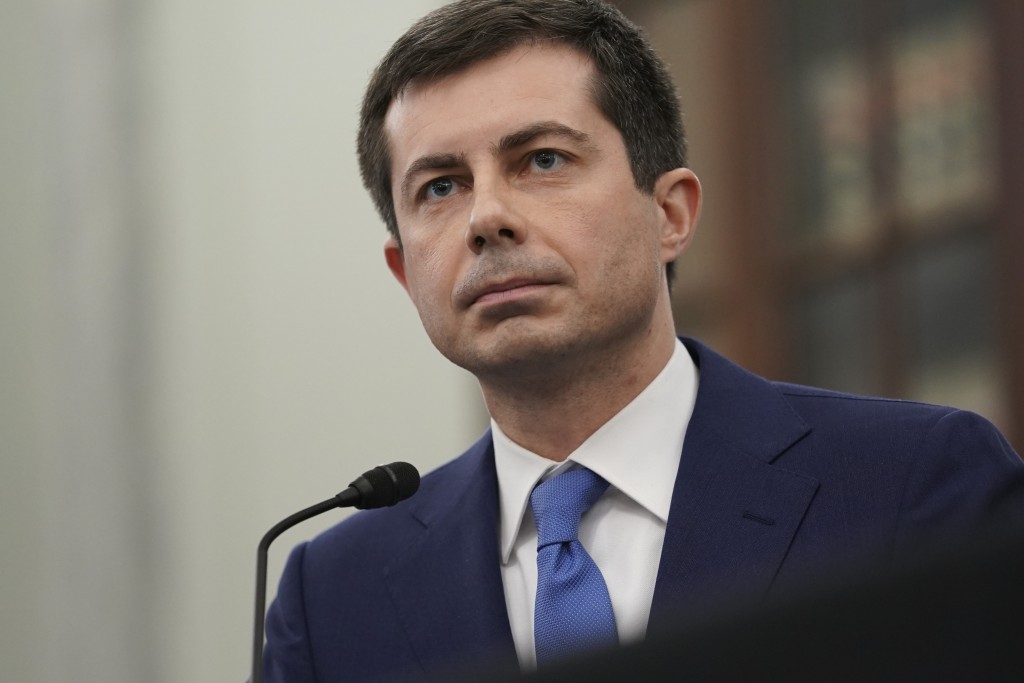 WASHINGTON (AP) — The Senate is poised to approve Pete Buttigieg to be transportation secretary, the first openly gay person ever confirmed to a Cabinet post, tasked with advancing President Joe Biden’s wide-ranging agenda of rebuilding the nation’s infrastructure and fighting climate change.

Buttigieg's nomination was set for a final vote Tuesday in the full Senate, after the 39-year-old former mayor of South Bend, Indiana, and Biden’s one-time rival in the Democratic presidential primaries received bipartisan praise at his confirmation hearing last week.

“Mr. Buttigieg is an impressive public servant who has already earned the respect and confidence of both sides,” said Senate Majority Leader Chuck Schumer, D-N.Y., in floor remarks on Monday. “I look forward to confirming his nomination.”

Praised by Biden as bringing a “new voice” to the administration, Buttigieg would take over a Transportation Department with 55,000 employees and a budget of tens of billions of dollars. He has pledged to quickly get to work promoting safety and restoring consumer trust in America’s transportation networks as airlines, buses, city subway systems and Amtrak reel from plummeting ridership in the coronavirus pandemic.

He is also expected to play an important role in promoting Biden’s climate initiatives, helping to oversee stronger automotive fuel economy standards to reduce greenhouse gas emissions and support the president’s push later this year on a sweeping $2 trillion climate and infrastructure plan. That plan will focus in part on rebuilding roads and bridges and expanding zero-emission mass transit while boosting electric vehicle infrastructure, including building 500,000 charging stations over the next decade.

During his hearing, some Republican senators signaled fights ahead over the cost and scope of updating the nation’s roads and bridges, rails and airports, a goal long promised by Donald Trump but never fulfilled in his four years as president. The senators questioned in particular the Biden administration's effort to redirect money for green initiatives, but said they looked forward to further discussions with Buttigieg. He easily cleared the Senate Commerce Committee on a 21-3 vote.

“I look forward to seeing Pete Buttigieg confirmed by the full Senate,” said Mississippi Sen. Roger Wicker, the top Republican on the panel. “Transportation issues historically have been addressed on a bipartisan basis, and I expect to continue that practice with Mr. Buttigieg.”

Biden hasn’t indicated how he intends to pay for a broad infrastructure plan, coming on top of a proposed $1.9 trillion virus relief plan that has met some headwinds in Congress. Buttigieg’s suggestion during his hearing that a gas tax hike might be needed was immediately walked back by his spokesman afterward.

“We need to build our economy back, better than ever, and the Department of Transportation can play a central role in this,” Buttigieg said. He noted that the transportation sector, particularly car emissions, is the single biggest contributor in the U.S. to global warming.

The Afghanistan war veteran burst onto the national scene in 2019 after launching a longshot presidential bid, drawing initial skepticism due to his youth and limited government experience. He outperformed expectations after zeroing in on a message of generational change, finishing the first-in-the-nation Iowa caucuses in a virtual tie with Vermont Sen. Bernie Sanders. But Buttigieg struggled to appeal to Black voters and dropped out of the race after a crushing loss to Biden in the South Carolina primary. Buttigieg chose to quickly endorse Biden, helping him solidify centrist support against Sanders’ strong liberal challenge.

Buttigieg now points to his experience as a mayor and on the campaign trail as valuable to his “bottom up” approach to improving transportation. He described initiating a “smart streets” program to make South Bend’s downtown more pedestrian- and bicyclist-friendly while spurring hundreds of millions of dollars in economic investment.

He'll also bring diversity to the Cabinet. There hasn’t been an openly gay Cabinet secretary before. Under President Donald Trump, Richard Grenell served as acting director of national intelligence and is openly gay, but did not have to face Senate confirmation as an acting director. In the late 1990s, Senate Majority Leader Trent Lott blocked a vote on President Bill Clinton’s pick for ambassador to Luxembourg, James Hormel, over his sexual orientation; Clinton ultimately installed Hormel with a recess appointment.

Buttigieg says he recalled watching the treatment of Hormel’s nomination as a 17-year-old and seeing the limits. Buttigieg says it proved to be an important crack in the glass ceiling for the LGBTQ community.

“As I was in that hearing taking those questions from senators, you could see my husband, Chasten, over my shoulder, and that is something that has never happened before for a Cabinet nominee,” Buttigieg, reflecting on the moment, told ABC’s “The View.” “My hope is that, in turn, makes it easier for the next person to come along, so that this is never even viewed as a barrier by a future generation.”