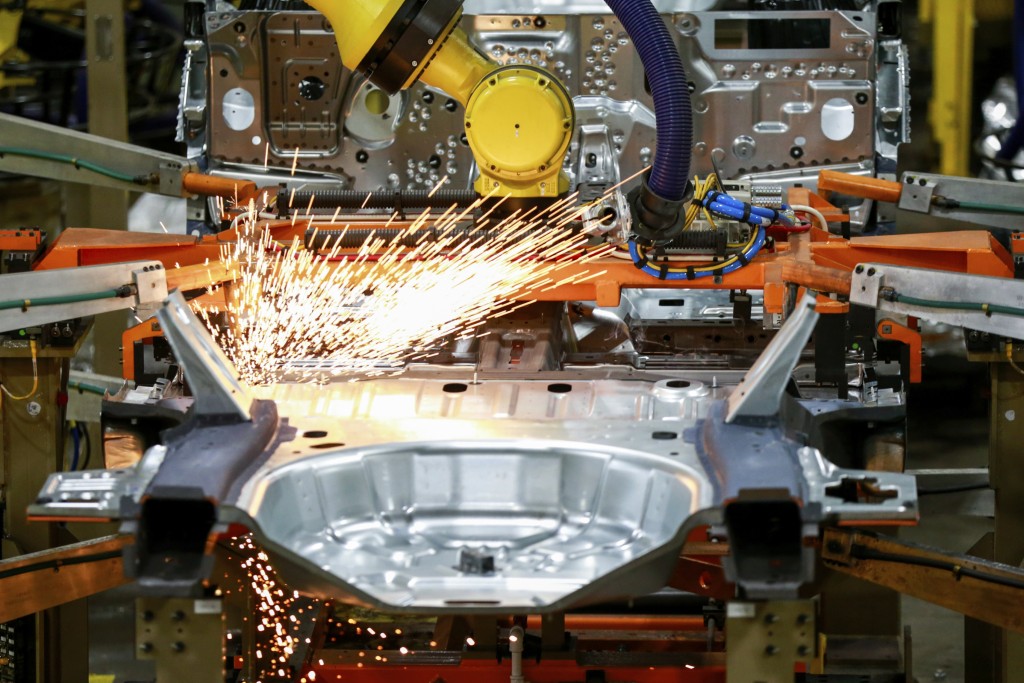 The Institute for Supply Management reported Monday that its gauge of manufacturing activity fell to 58.7% in January from 60.7% the previous month. The December reading was the index's highest since it stood at 60.8% in August 2018.

The ISM's survey of businesses showed that 16 of 18 manufacturing industries showed growth in January. The contracting industries were printing and petroleum.

Respondents to the survey were mostly optimistic again, as demand expanded new orders continued to grow although at a slower pace than the previous month. Employment grew for the second month in a row after falling into contraction in November, but remains a concern.

“Labor market difficulties at panelists' companies and their suppliers will continue to restrict the manufacturing expansion until the coronavirus crisis abates,” said ISM Chair Timothy Fiore.

The U.S. economy was broadsided by the coronavirus outbreak from April through June, but since then manufacturing has largely recovered. The services sector, which includes restaurants, bars and the travel industry, has been harder hit and is still struggling as people opt to stay home.

In a separate report last week, the Commerce Department said orders to U.S. factories for big-ticket manufactured goods rose a modest 0.2% in December, held back by a big drop in the volatile aircraft sector. That followed much stronger increases of 1.2% November and 1.8% in October.

Last week, the government estimated that the U.S. economy shrank last year by 3.5%, the largest amount in 74 years. Economists say the outlook for 2021 is mired in uncertainty and warn that a sustained recovery won’t likely take hold until a majority of Americans are vaccinated and government-enacted financial aid spreads through the economy — a process likely to take months.