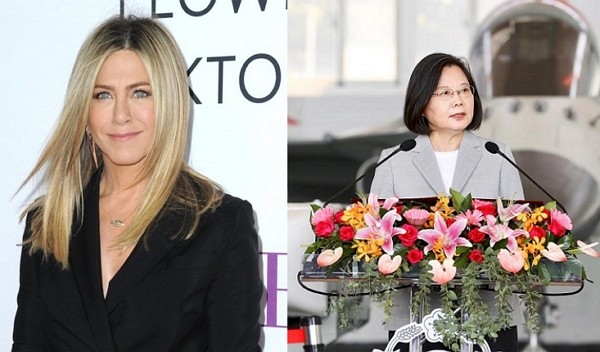 TAIPEI (Taiwan News) — American film star and icon Jennifer Aniston on Friday (Jan. 29) pointed to Taiwan President Tsai Ing-wen (蔡英文) as an example of an empowered woman in her tribute to female leaders around the world.

"While the world has been distracted by the noise of those resistant to change ... The change has been happening anyway," Aniston captioned the photos. She added the global community should support women's empowerment to bring positive change to the world.

This was not the first time Tsai has been highlighted for her achievements as Taiwan's leader. In April 2020, American singer and actress Barbra Joan Streisand also praised Tsai for her "real leadership" during the coronavirus pandemic, describing her as "Taiwan's wonderful female president."

Meanwhile, Tsai has appeared on the covers of TIME, French magazine Le Point, and South Korean magazine Weekly Chosun. She was also named one of the 50 most influential people of 2020 by Bloomberg, which refers to her as "Taiwan's COVID Crusher."