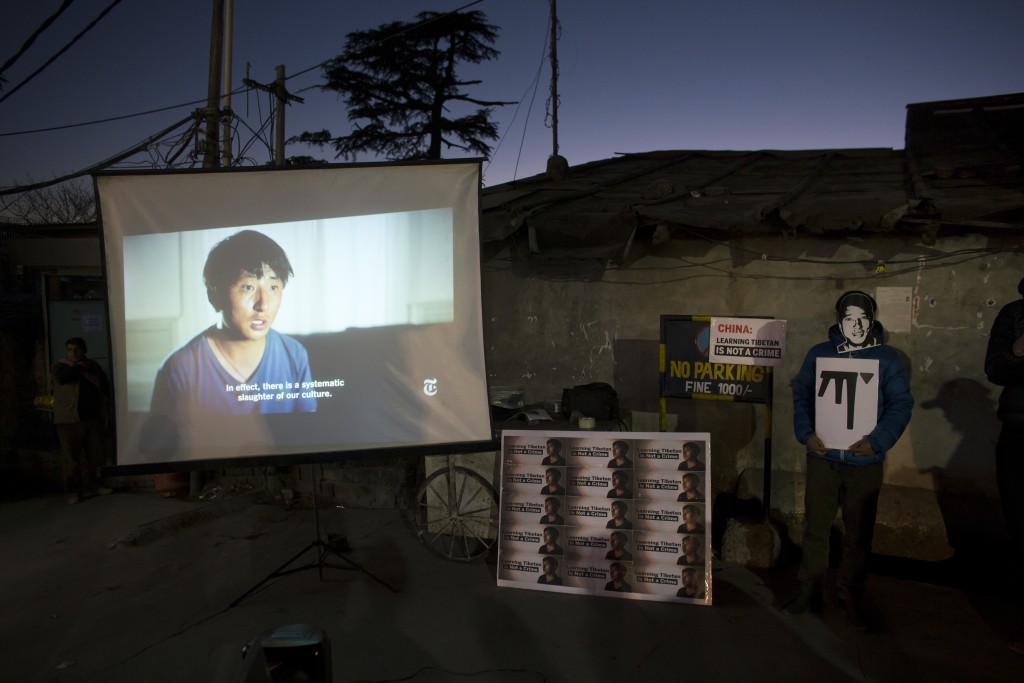 BEIJING (AP) — A Tibetan shopkeeper convicted of inciting separatism based on his comments in a New York Times documentary was released Friday after serving a five-year prison sentence, advocacy groups said.

Tashi Wangchuk’s release was reported by the writers group PEN America and the International Campaign for Tibet. There was no official comment and his lawyer did not answer calls to his cellphone.

Tashi was detained on Jan. 29, 2016, after his comments appeared complaining about the erosion of Tibetan culture and language in the tightly secured region.

Tashi never received a fair trial and was a victim of a “broader campaign of Chinese authorities cracking down on ethnic minority rights,” PEN spokesperson Stephen Fee said in a statement.

He is now expected to remain under police supervision during a five-year period during which his political rights will be suspended.

Rights groups had condemned the sentence, saying Tashi, now 37, had committed no crime under either international law or the Chinese Constitution.

Tashi was detained two months after the video and an accompanying article were released. He pleaded not guilty to the charge of incitement to separatism.

The case highlighted the authoritarian government’s extreme sensitivity to issues involving ethnic minorities — especially Tibetans and Uighurs native to the northwestern region of Xinjiang — as well as the risks Chinese citizens run when criticizing government policies to foreign media.

The nine-minute video made by The New York Times in 2015 was presented as the sole evidence against Tashi. It described how Tashi tried to sue local officials for denying Tibetans education in their own language and Buddhist culture. The Times’ website is blocked in China.

In the documentary, Tashi, described as a shopkeeper, spoke extensively in China’s main language, Mandarin, about the “pressure and fear” felt by Tibetans and his worry that their culture is being wiped out through the steady erosion of their language.

The Himalayan region is almost entirely off limits to foreign media. As with Xinjiang, rights groups report frequent detentions, economic marginalization, a suffocating security presence and heavy pressure to assimilate culturally and linguistically with China's Han majority while pledging loyalty to the ruling Communist Party.